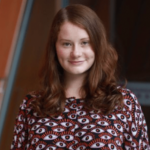 At the opening for multidisciplinary ceramic artist Stephanie H. Shih’s latest solo show, on view at Harkawik Gallery in Manhattan through Aug. 6, the focus is on culinary collaboration. When gallery owner and director Peter Harkawik approached Shih about doing the show, she didn’t have a ready-made concept; instead, she sought inspiration from the gallery’s location in Chinatown.

Focused on Jewish and Chinese immigrants, once the two largest non-Christian minorities in New York, Shih’s work here explores the bicultural history of the neighborhood. “The show looks at what happens when immigrant populations grow up next to each other,” Shih explains. Her work lives at the nexus between this kind of cultural exchange, “moments of fusion and collision”—and the food that represents it.

Shih’s art, which has long been centered on Asian American diaspora culture (especially as expressed through food), expanded for “Open Sundays” to include quintessentially Jewish foods and the culinary crossovers that have occurred between the two groups on the Lower East Side over the last 100 years.

On first glance, a viewer might think any of her created food sculptures are the real deal (she mentions that people have reminded her to pick up her food, mistaking her works in progress for her groceries). But Shih’s 30 ceramic works for “Open Sundays” intentionally show the hand of the artist, via fingerprints and imperfect typeface. “I like the way it messes with your mind a little bit, not so unlike our memories,” she says.

The exhibit explores hyper-local food culture in a city whose immigrant groups have often been too close together in proximity and interests to avoid significant interchange. The Chinese and Jewish communities on the Lower East Side became a prime example of the positive cultural exchange America’s melting pot model has always touted, but which is harder to see in this era of division and emergency. “Open Sundays” is a welcome reminder of the best New York City has to offer: not only great food, but also a diverse, curious, and hungry community eager to eat it.

“Now it’s such a trope—the idea of Jewish folks eating Chinese food on Christmas. When scholars talk about how this tradition started, most trace it back to the Lower East Side in the late 18th and early 19th centuries,” Shih says. Both communities did not observe Sunday as the Sabbath and were therefore open for business on a day when Christian establishments were not—“hence the name of the show,” she adds.

Shih explains that in addition to the practical factors, she imagines Jewish immigrants might have started eating at Chinese restaurants because they felt less othered and exoticized in those spaces. Over time, this molded into pseudo-institutionalized practices within the Jewish faith: “There became this weird thing where Jewish people considered Chinese food kosher. Even if they knew there was pork in it, they would kind of look the other way,” she says. For some Jews, “Chinese food was the exception.” And it worked both ways: Bernstein on Essex, a legendary but now-closed Jewish neighborhood deli, started selling Kosher Chinese food in 1959. 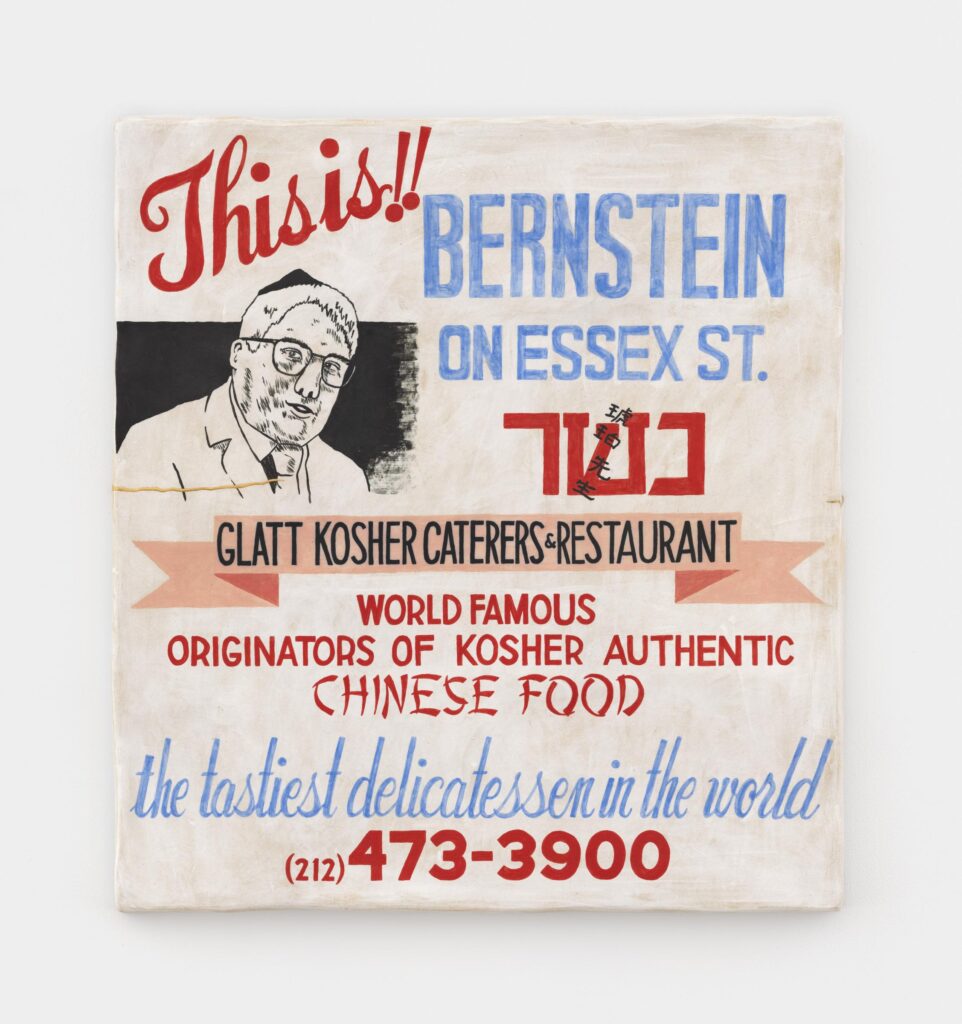 Taking a historical view of how these two communities interacted soon after arriving in America also recontextualizes the concept of cultural ownership, challenging the idea that culture has a clear origin and owner, and is therefore too sacred to change. Last year, for example, when a group of white women released a “respectfully refreshed” mahjong set that received widespread criticism and accusations of Chinese cultural erasure, Shih took a different view.

She explained that both Jews and Chinese have a long tradition of playing mahjong (one of the works for “Open Sundays” is a mahjong set). She doesn’t see a contradiction between cultural possession and inclusion. 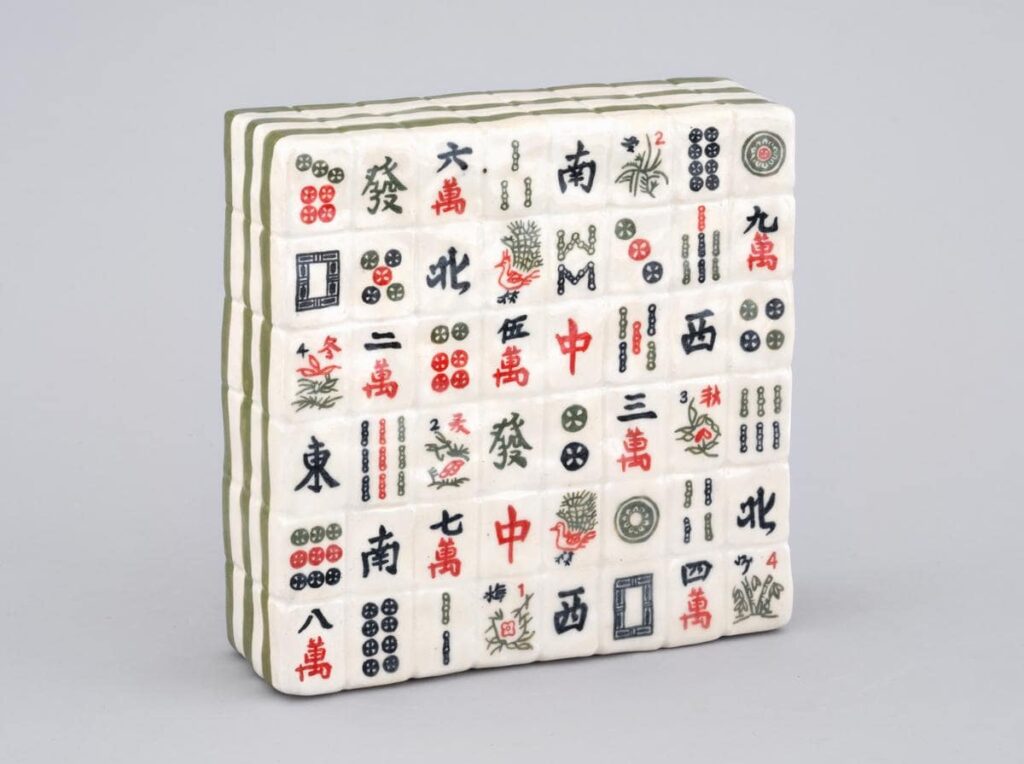 “I understand the desire to protect what you see as a personal heritage that is potentially in jeopardy or under attack,” she says. “But it’s a bit nationalistic and a little dangerous to think about culture as this thing that is fixed in time and space.”

Shih nails the details in the primary subject of the exhibit: food. She selected three Chinese and three Jewish restaurants from the neighborhood—the three oldest institutions from each tradition that are still open, with the exception of Bernstein, which played a pivotal role in Chinese-Jewish culinary fusion in its heyday. 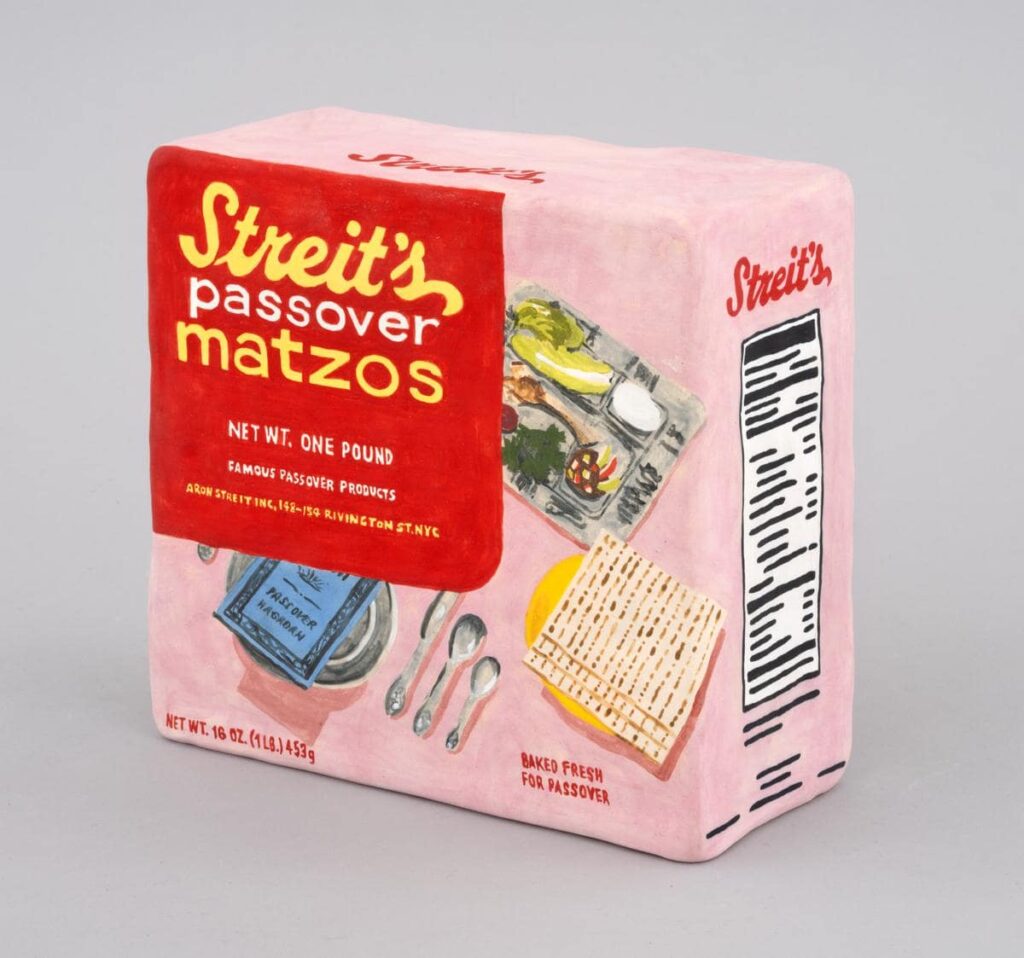 Those restaurants are: Katz’s Deli, Russ and Daughters, Bernstein on Essex, Yonah Scimmel’s Knish, Nom Wah Tea Parlor, Peking Duck House, and 17 Wo Hop. She made a piece based on each restaurant’s sign, as well as works depicting the foods sold within them and elsewhere in the area. In addition to prepared dishes, Shih also sculpted classic pantry items from Chinese and Jewish cultures, like White Rabbit Creamy Candy, Dr. Brown’s Cel-Ray Soda, Yang Jiang Preserved Beans, and Streit’s Passover Matzos. These foods are especially important to the exhibit’s aim of presenting areas of overlap, as these were the kinds of snacks Chinese could buy, perhaps initially on Sundays, at shops and delis run by Jews, and vice versa. 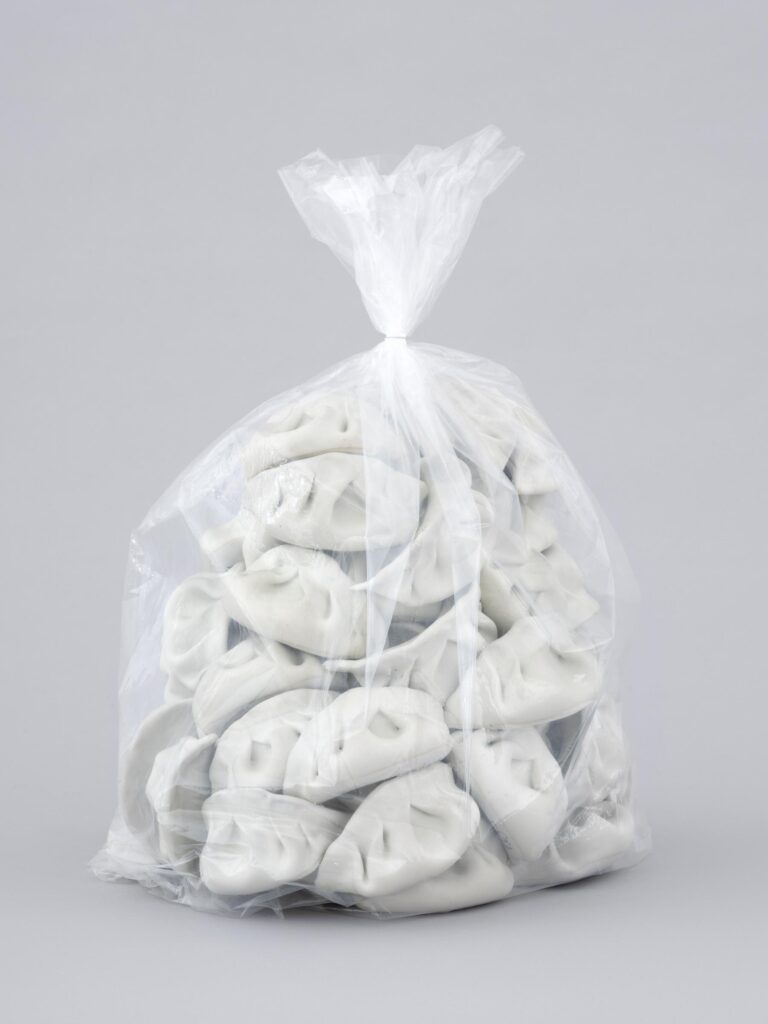 Visitors to the gallery are greeted by a collection of ceramic works depicting alternating Jewish and Chinese foods: a perfectly textured bag of dumplings, a loaf of challah bread, a Tsingtao beer bottle, a bagel with lox. To get more background on Jewish foods, specifically those that became popularized on the LES, Shih worked with food writer and cookbook author Jeffery Yoskowitz for this exhibit.

She studied the details of New York Jewish foods, like the fact that Katz’s Deli is the only place that still hand cuts their pastrami, resulting in thicker cut slices. “If you’re familiar with the nuances of different pastrami sandwiches in New York, you might notice the one I sculpted is from Katz,” she says.

Under the culinary precision is Shih’s interest in the power of food in community construction and maintenance: “Food is obviously incredibly political, and it’s also very personal. That’s why it has been the frame through which I have approached politics in my art,” Shih explains. It should be noted that through her art, Shih has raised more than $100,000 for marginalized communities facing home insecurity.

When it comes to the Chinese tradition specifically, she highlights the centrality of food beyond the typical conception of nourishment: “It’s not just what we eat and share with friends and family; it’s part of our medicinal processes, it’s part of how we mourn the dead; it’s woven through every aspect of our society,” she says.

Food is arguably most significant within diaspora communities, as it is a vehicle through which individuals can connect with their cultures—specifically, the cultural norms from the time of emigration. Shih credits Jay Caspian Kang’s hypothesis that the foods children of immigrants feel so strongly about are often what was popular in their home countries at the moment of migration as a source of inspiration.

In this cross-cultural, temporally ambiguous context, “the diaspora develops a totally different sense of self.” When that evolving sense of self then interacts with other local immigrant communities, there are countless possibilities for overlap—starting with a thick-cut pastrami sandwich paired with a cold Tsingtao. 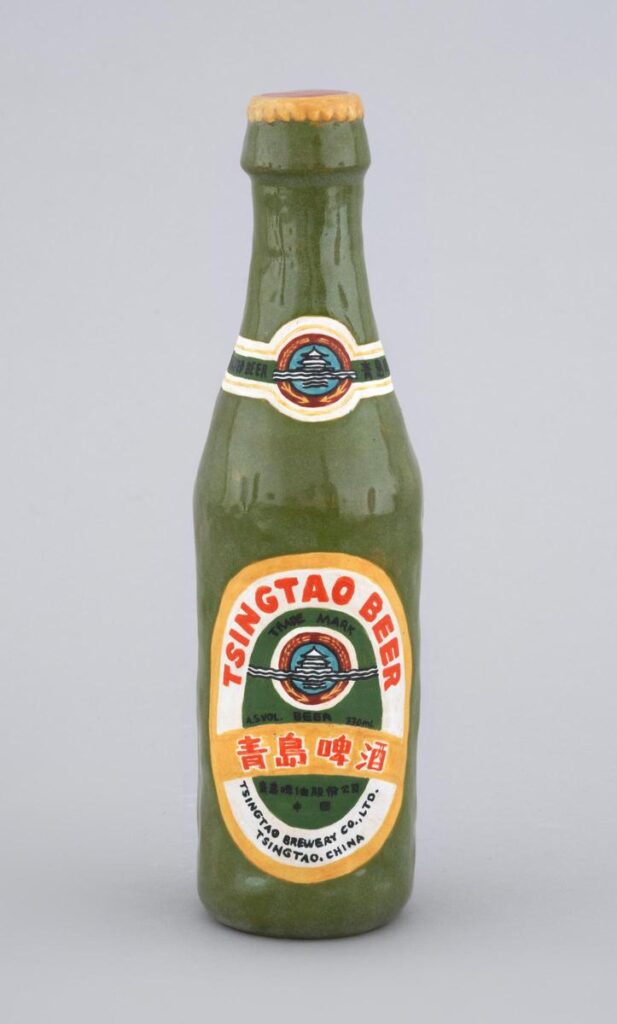 Johanna M. Costigan is a writer and editor focused on Chinese politics, technology, and publics. She graduated from Bard College with degrees in east Asian studies and written arts. She has an MSc in contemporary Chinese studies from the University of Oxford. Previously, she lived and worked in Shanghai, China.