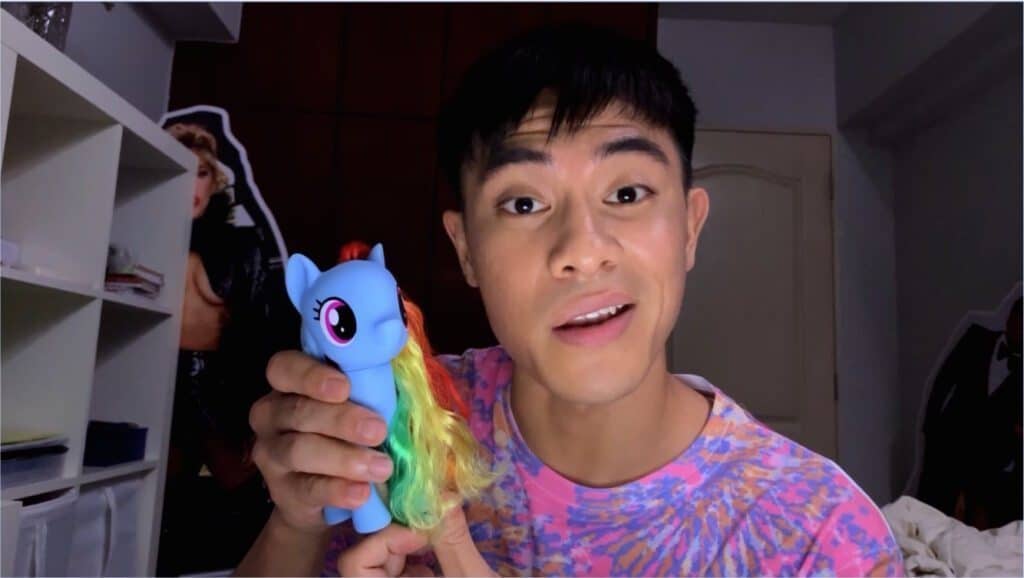 yao as Sean Marzuki in “#LookAtMe.”

Conversations on Asian cinema tend to center movies from Korea, China and Japan, but for those looking to further explore, events like the New York Asian Film Festival help cast a wider net. One example from this year’s slate is the Singaporean indie titled #LookAtMe (hashtag and all). The last time a Singaporean movie crossed over to Western audiences was Shirkers, Sandi Tan’s meta-textual Netflix documentary back in 2018. And while nothing is guaranteed in the age of streaming, it does seem like the right platform could similarly elevate #LookAtMe, a film that’s just as self-reflexive about the digital age. Part hilarious social media satire, part riveting prison drama—stay with me here!—the film by director Ken Kwek hopscotches its way across tonal and genre lines, resulting in the rare top-down critique of every tier of social and governmental power that’s both lucid in its aims and successful in its execution.

The English-language comedy-drama stars Thomas Pang (who goes by the mononym “yao”), an actor who demonstrates as much tonal control as his director, not just in one role, but in two. yao plays both brash YouTube vlogger Sean Marzuki and his soft-spoken brother Ricky, a pair of twins who delight in pulling pranks—for a shot at viral fame—on their hardworking mother Nancy (Pam Oei). Their videos get a few dozen views at best, but after Sean’s girlfriend Mia (Shu Yi Ching) invites the brothers to her Mega-Church, a surprise homophobic rant by a wealthy pastor leads Sean to upload a righteous, tongue-in-cheek takedown of the Evangelical sermon. Finally, Sean achieves the virality he’s long desired, but his joy is short-lived. Before he knows it, police complaints from religious groups start flooding in, and Sean is called in for questioning.

To most Western viewers, Singapore is merely the sunny, exotic backdrop to films like Crazy Rich Asians, but Kwek’s on-the-ground, inside-out view of governmental power beats with the kind of intimate critical honesty that would irk the Singaporean government (the film is yet to screen domestically; it had its world premiere at NYAFF on July 23). It mainly takes aim at two specific laws: the criminalization of hurting religious sentiments, and Section 377A of the country’s Penal Code, which criminalizes same-sex relations—a colonial holdover that has the exact same numerical designation in many former British colonies, like Malaysia, India, and Pakistan. Along the way, #LookAtMe also crafts a myriad of sub-critiques and minor satirizations, loading nearly every line and interaction with probing questions about systemic hypocrisy. For its first half hour, Kwek’s social scrutiny arrives in awkward and hilarious fashion. For instance, the uber-rich pastor Josiah Long (Adrian Pang), who’d feel at home alongside HBO televangelist family The Righteous Gemstones, claims not to hate gay people because most of his servants are gay. Kwek, in these moments, rightly holds his camera on the two versions of yao for lengthy stretches, capturing them seamlessly side by side. The brothers’ befuddled reaction shots tell their respective stories all on their own, even before Sean decides to recklessly take action (torpedoing his relationship in the process, among other ripple effects), while Ricky is forced to put a lid on his own temper and play it cool, if only out of self-preservation.

Foul-mouthed investigator Officer Mohan (Rishi Budhrani) doesn’t seem to care about Sean’s alleged offenses, but as a cog in the machine, he’s ready and willing to enforce even the most backward laws. With the threat of prison looming from the government side of things, and a libel lawsuit from the pastor, the Marzuki family ends up feeling the financial squeeze—not to mention, the immense social ostracization. Through the story of one family, Kwek crafts a nuanced exploration of the way interrelated systems of power work in tandem to squash dissent, wringing it out through fear. And yet, the film stays relatively lighthearted for as long as it can—a reflection, perhaps, of Sean’s comic resilience—via a combination of character-centric banter, and side plots involving a hilarious twink lawyer ironically nicknamed Butch (Hossan Leong), who happens to be Sean’s last (and only) legal resort.

However, things finally start getting dour once the trial doesn’t go Sean’s way, and the images of harsh prison settings can no longer sustain a sense of levity, as Sean is treated with the same contempt as rapists and killers. It’s as if, alongside Sean himself, the movie’s own spirit has begun to collapse. It’s here, when things are at their most dire, that other characters like Ricky and Nancy are forced to speak up despite the potential backlash, and for a moment, they start a genuine movement in the media. However, just when it seems like the film might give in to easy narrative temptations, and become too prescriptive or didactic, it instead pivots even further towards the unnerving treatment of dissident voices, with a few hints as to the colorism within this legal hierarchy, especially in prisons.

The film’s South Asian and Malay actors may not be central—given the focus on a single family, its darker-skinned characters are only ever framed as perpetrators or victims in a cruel system—but their place within the narrative is refreshingly multifaceted. Take, for instance, the actor Sivakumar Palakrishnan, who plays Sean’s terrifying ethnically Indian prison warden, a character whose imposing nature stems from body-language and emotional intensity, rather than from racial stereotypes. Like Hollywood, Singaporean film and television have their own issues with racial representation; ironically, a recent national conversation on the topic was sparked by a Facebook post that resulted in a local Indian actor being questioned by the police after bringing up discriminatory practices.

#LookAtMe also crafts a myriad of sub-critiques and minor satirizations, loading nearly every line and interaction with probing questions about systemic hypocrisy.

The story’s secondary details are never intrusive, but they always loom in the background, crafting a more complete picture of governmental overreach.

Kwek’s systemic aims may be direct and on-the-nose, but his dramatic objectives are more complex. For instance, through Sean’s conflicted girlfriend Mia—torn between her progressive views and the Church to which her family belongs—the film expertly paints what it feels like to be trapped between a rock and a hard place. However, Sean’s entrapment is harder still, between the bare-bones prison cell he shares with three violent inmates (two of them Malay), and the increasing sense of paranoia that inflicts his every waking moment, a perspective Kwek dramatizes through some particularly unsettling aesthetic flourishes, especially when Sean is placed in solitary confinement.

At first, there’s a simplicity to the way #LookAtMe is shot; it’s almost utilitarian in its depiction of normalcy and fun, to the point that it feels artistically unassuming. One might initially wonder: “What could a film that looks and sounds so plain truly have to say?” However, Kwek begins to bring out the big guns in quick and sudden bursts, between stylized slow-motion that captures fleeting joy amidst the mundane, alluring scenes of sensuality and intimacy, and imposing establishing shots, of surveillance cameras throughout the city and of the baroque architecture of official buildings, adorned with the watchful eyes of Grecian statues. He seems to ask: who is this country watching—and more importantly, why? From left, Pam Oei, Hossan Leong and yao in “#LookAtMe.”

As much as yao shoulders the majority of the film’s runtime, its secret weapon may well be Oei, whose role as the twins’ mother alternates between comforting warmth and utter devastation. While Nancy is by no means willing to stand by as her kids get hurt, she’s ultimately a woman caught in the crossfire of issues much bigger than herself. And, despite warning her sons about the repercussions of speaking out, she bears as much backlash as they do. By the end, it almost breaks her, until all she has left is her love for Ricky and Sean.

Ultimately, this resilience is at the heart of #LookAtMe. The film is under no romantic delusions about hope being some secret hack to unlock progress, but it places this very question in its crosshairs. What is an individual to do when oppressive forces have the power to come down so hard, and so unyieldingly, on vulnerable bodies, minds, and souls? Given the different roads the Marzuki trio takes throughout the stories, both silence and noise seem like viable options; both leading the movement, and waiting for it to happen around you, feel equally dangerous, given the parts of themselves these characters lose in the process.

If the film slips up, it’s only in its climactic scenes, which appear as if they’re about to reach a difficult emotional conclusion, but end up letting their tension dissipate quite conveniently. It’s an upbeat ending, for all intents and purposes, and while it’s certainly not a preachy one, it does sort of rob the movie of the visceral emotional impact set up in its third act, with its first-hand look at the cost of bravery, activism, and living honestly. The subsequent resolution, involving an edge-of-your-seat covert mission of sorts, is rooted more in happenstance than in character—but it does, at the very least, bring home all of the film’s thematic musings up until that point, resulting in a collision of the film’s funniest character moments and most intense ruminations on consequence.

Despite the film quickly undercutting the tension it so expertly builds, it is also, on one level, a relief when it feels as if someone has let the air out of the room, rather than letting the Marzukis suffer even more than they already have. Sometimes characters just need a win, and when vicious hurdles are laid out so plainly and lucidly, sometimes a film is allowed to cheat its way to victory. 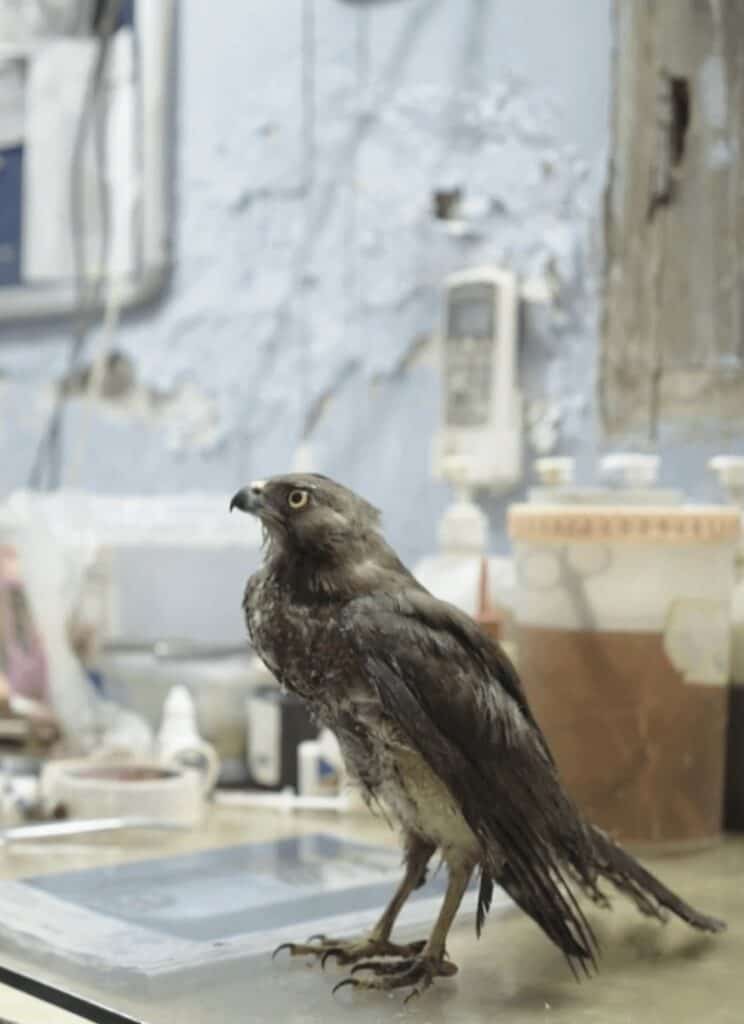