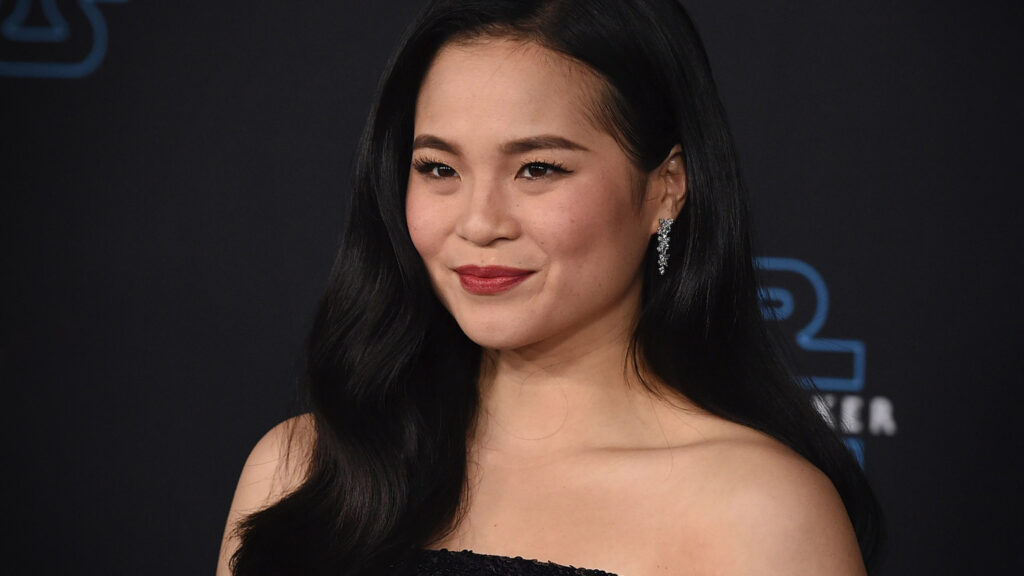 Why Kelly Marie Tran is Our Hero

Surviving racism and sexism, KMT shows us the meaning of making the impossible possible, and the importance of believers 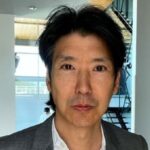 Heroes come in many forms. And while heroes may not necessarily be braver than the rest of us, I think they are definitely braver for a much longer stretch than most of us can stand. In 2017, then 28-year-old Kelly Marie Tran became the first American Asian actor to play a lead role in the Star Wars franchise. While obviously a win for AAPI representation, the resultant backlash was unexpected and stunning. As Rose Tico, her winsome and generally fan-loved role became a success tainted by struggle, much of which has come to embody the degree to which Asians are accepted in mainstream Hollywood. They'll cast you, but it's the fans who can be vicious. Tran became the subject of such intense racist and sexist attacks over the internet, including insults about her size in addition to ethnicity, that senior cast mates Mark Hamill and John Boyega popularized #GetALifeNerds as a meme.  Alt-right YouTuber and white nationalist Paul Ray Ramsey mocked her cruelly, while her character's entry on Wookieepedia was edited by internet trolls to include racist and vulgar comments, drawing national media attention.

In what can only be described as an act of extreme self-preservation, Tran deleted her Instagram and pursued therapy. Emerging nearly a year later after a prolonged public absence, she bravely wrote in a New York Times essay titled "Kelly Marie Tran: I Won't Be Marginalized by Online Harassment" on August 21, 2018, how online harassment reinforced the very narratives she had long faced as a Vietnamese American. Tran went on to disclose that the ordeal reached a point where she began to believe the negative remarks about her, sending her "down a spiral of self-hate, into the darkest recesses of my mind, places where I tore myself apart, where I put their words above my own self-worth."  Finally affirming her proclamation with eloquence, she concluded:

I am the first woman of color to have a leading role in a Star Wars movie.

I am the first Asian woman to appear on the cover of Vanity Fair.

My real name is Loan. And I am just getting started.

Recently, in a heartwarming and sometimes heartbreaking interview with starwars.com, Tran spoke with fellow Asian American journalist Jenn Fujikawa about her personal journey growing up Vietnamese, observing the differences between those who grow up in a "culture of dreaming and possibility" vs. not, and the moment when impossible things become possible. We encourage you to go to the starwars.com interview here. 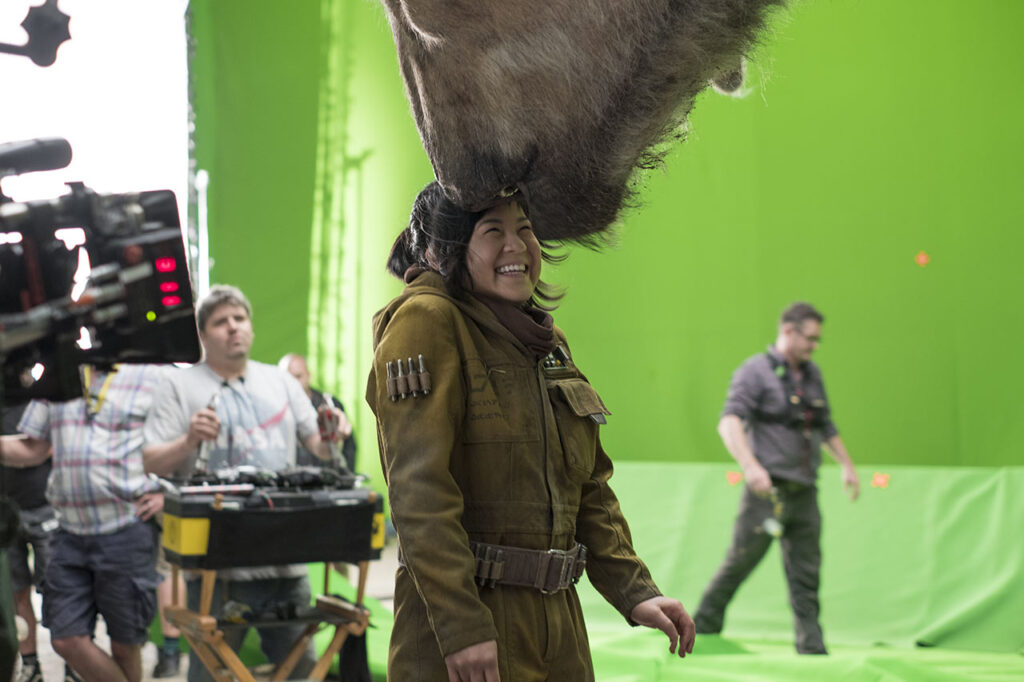 KMT on the set of The Last Jedi. photo from LucasFilm Ltd

But before you jump, here's why KMT is our newest American Asian hero:

When Fujikawa asked Tran what she felt after getting the role that she thought was unattainable, her answer simply blew us away.

"It’s the same thing that I think happened for my parents where something in our brains just changed, when it was suddenly the idea that impossible things were possible and that there’s room for everyone. Like that just changes you as a human being.

When I think about people who don’t have the sort of burden of representation, they just get to have fun and do whatever they want, whereas every role that I read I feel like I have to think about all of these things because I don’t want to make a movie that stereotypes.

I think the hope is that it’s normal to imagine yourself doing impossible things no matter who you are or what you look like. I want everyone in the world to believe that they can do anything and that it’s in their grasp somehow, even if they grew up in a household like mine where you’re not around people who work in creative fields, where your family is very much in a working-class environment. Our society would be better if we all were just given the opportunity to dream, to believe, and to pursue the things that make our heart sing." 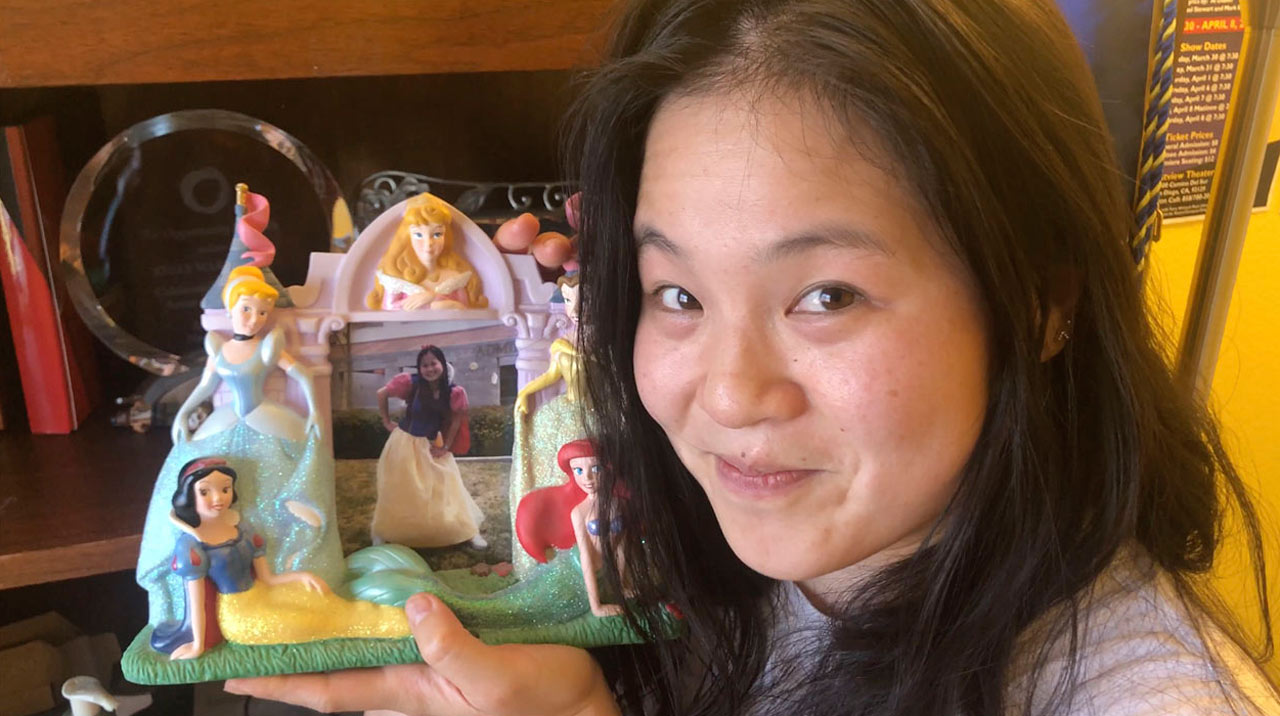 Kelly Marie Tran at home with a childhood photo of herself dressed as Snow White.

Jonathan Sposato is the founder and acting editor-in-chief of JoySauce. When he is not planting eggplants in his garden, he can usually be found explaining to friends just how a London-born, half-Chinese, half-Korean guy ended up with an Italian last name, while going to a school in Hong Kong run by Spanish nuns.