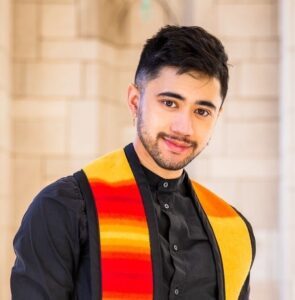 If you haven’t yet watched Love is Blind, what are you even doing with your free time? The Netflix hit, which has sat atop the platform’s top 10 list on more than one occasion during its three seasons, is a dating show featuring contestants trying to fall in love with one another exclusively by talking over speakers in separate “pods”—unable to see each other’s appearance until after they’ve proposed. The show aims to prove whether or not love can be truly blind. We viewers haven’t got a final verdict there, but what we certainly have learned from the show is that not all Asian representation on television is a good thing.

The first season, which aired in 2020, lacked any Asian people in its main cast, but its recent two seasons (the last which concluded this week) have introduced the love stories of a number of Asian men and women—specifically Natalie Lee, Deepti Vempati and Shake Chatterjee on season two and Zanab Jaffrey and Andrew Liu on season three—to viewers at home. (L to R) Natalie Lee, Shayne Jansen in season 2 of 'Love Is Blind.'

In these five love stories there’s a lot of beauty, but there’s also a lot of disappointment.

Shake, an Indian American veterinarian, and Andrew, a Chinese American wildlife photographer, are the only two Asian men to get prominent plot roles in the show. However, both of them were two of the show’s very few male villains.

It’s unarguable that Shake and Andrew were both trashy in their own ways. Shake was rightfully called out for how he spoke about women’s bodies, such as saying he only likes women who work out and are “light enough for him to carry on his shoulders at a music festival.” Andrew went viral for using eye drops as fake tears for sympathy when he was sent home, leaving viewers questioning his reasons for being on the show if not for clout. I’m less disappointed in these two for being labeled for their awful behavior, and more so let down that this villainization represents 100% of the Asian male perspective on this show.

This narrow-minded view of Asian men is partly Shake and Andrew’s fault for being, quite simply, trash men. But also, it’s the fault of producers who select these specific personalities and choose them as the token Asian-male cast member for the season, choosing drama over diversity. Did producers really expect two childish Asian playboys to find love on this show, or were they actually chosen for their controversial personalities while also filling the diversity quota? I feel it’s the latter.

Andrew did have a notable moment in season three, where he spoke early in the pods with another contestant, Nancy, about sex. It was a steamy conversation about his ability to provide “transcendental sex” with his partners, which I found to be groundbreaking: Asian men are virtually never depicted as hyper-sexual beings. Andrew gave the impression that he was a sexual master and a top choice in a partner. It’s just too bad his shitty eye drop stint and countless cringe flexes like naming all the places he’s flown to had to ruin what could’ve been a great narrative on television.

Asian men are great—fully multi-dimensional humans with emotions, ambitions, and fears. I know editing has the ability to make (or break) a character in reality TV, and that there may have been more to these two than portrayed. But when you only have a single Asian representative in a whole pool of contestants—maybe two if they’re feeling really diverse that season—it gives the impression that all Asians act this way. Casting teams need to do better. Deepti Vempati in season 2 of 'Love Is Blind.'

On the flipside, the show’s saving grace has been its depictions of Asian women in their pursuits of love. While all of the Asian male visibility disappointed me, the Asian women on the show were the very portrait of beauty and strength—especially when dealing with trash, often white, men.

Deepti Vempati, an Indian American contestant on season two and author of her new book I Choose Myself, was on the receiving end of a lot of disrespect from her fiance, Shake. In the show, it became obvious to viewers how grossly frequent he was in making comments to everyone except Deepti about her body and his inability to find her attractive. In the finale episodes, where each couple have their weddings and decide if love truly is blind by saying “I do” at the altar, Deepti movingly said no. “I deserve somebody who knows for sure,” Deepti said at the altar, addressing Shake’s hesitancy to marry her due to superficial reasons. “So, I’m choosing myself, and I’m going to say no.”

Her decision to walk away after viewers watched this horrible man belittle her behind her back all season long felt like the warmest hug to all watching at home. It was rewarding to see her reclaim her power and accept only the love she deserves, and also provide a resounding message to Asian women at home—who may also be belittled for their race, age or size as Shake did to many women on the show—that they deserve to be chosen, and to more importantly, first choose yourself.

Seasons two and three of the show also featured two brilliant Asian women who received toxic behavior from their bland white male fiances—and similar to Deepti, they all also left their trash men at the altar.

Natalie Lee, a Korean American consulting manager from season two, was engaged to a white manchild named Shayne, who constantly manipulated and verbally abused her. Notably, the night before their wedding, his abusive qualities viewers saw at home all season long manifested into a fight where Shayne had told her that she was “the worst thing that ever happened to him.”

“When I was standing at the altar with Shayne and looking at him, I felt on edge and scared,” Natalie said on the show. “For me that was the moment where I was like, this is not it. I truly, truly loved him. But I think love can only go so far.” Zanab Jaffrey, a Pakistani American realtor from season three, was engaged to another white manchild named Cole, who constantly fed into her insecurities and notably self-diagnosed her with bipolar disorder after an argument on the show. Cole, after getting engaged to Zanab, flirted aggressively with another white cast member named Colleen, telling her that she was more “physically his type” and that Zanab was only “emotionally his type.” Their rocky relationship ignited this beautiful woman’s insecurities to the point where Zanab confessed she even stopped eating during long filming days.

"You have disrespected me, you have insulted me, you have critiqued me,” Zanab said to Cole before leaving him at the altar in this season’s finale. “You have single-handedly shattered my self-confidence. And I hate that you have had that kind of effect on me.”

All three women endured belittlement from toxic men who never deserved their power, beauty, and excellence as Asian women. I was so glad to see the show exemplify three Asian women’s powerful stories that combat the submissive, subservient archetype Asian women have historically played in the media—instead, they show that Asian women have grit and autonomy, unafraid to not only take out the trash, but happily burn it on their way out, too. The show has a long way to go to truly depict the array of Asian love stories, but for now, I clink my gold-plated wine glass to these three powerful Asian women who are paving the way for the show’s future. 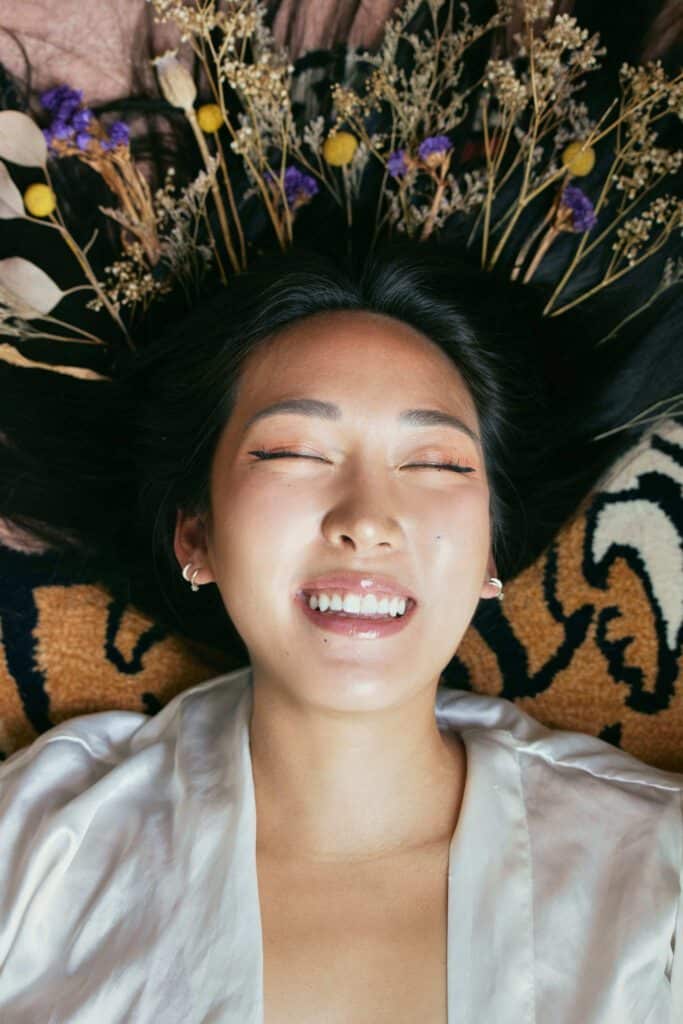 F*ck Around And Find Out With Anna Lee: Is This Normal?!

Our resident sexpert answers life's eternal question, and disproves the myth of what is "normal" in the first place