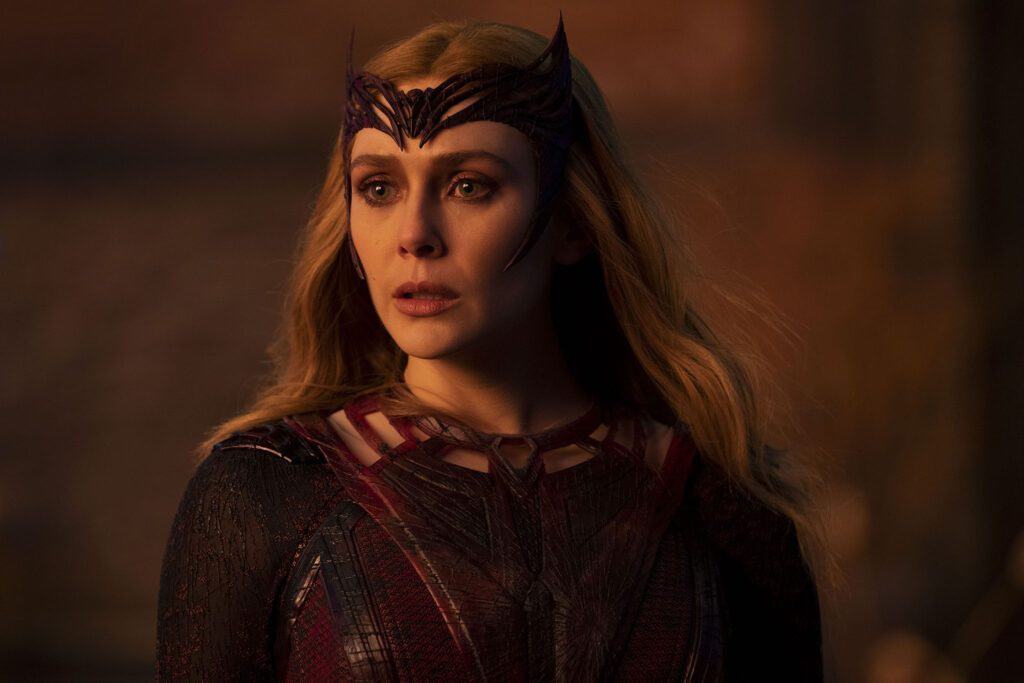 Wanda Maximoff in the Multiverse of Sexist Tropes

In 'Dr. Strange in the Multiverse of Madness', MCU’s latest entry trades character development for spectacle 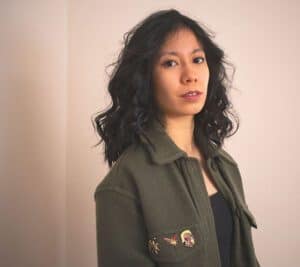 From her first appearance in Avengers: Age of Ultron, Elizabeth Olsen’s turn as Wanda Maximoff has given us a multifaceted hero who battles complex and compounded trauma and grief as much as she dukes it out against extraterrestrial invaders. She is not only a survivor of trauma, but a heroine forged in its hottest fires. Her grief literally became her world, but it does not consume her.

We last saw Wanda in Disney+’s critically acclaimed WandaVision, a sensitive portrayal of a young woman who made very human, albeit very broken, choices while emotionally raw on a cosmic level. Juggling the adaptation of stories ranging from 20-40 years old, it seemed as though Marvel Studios was finally shedding a sexist trope that its source material has relied on for over half a century: that strong women are inherently unstable and cannot be trusted with any power. What made WandaVision so poignant was showrunner Jac Schaeffer’s commitment to avoiding that very trope, intentionally writing a nuanced portrayal of Wanda that didn’t make it seem like her powers were too much for her.

Unfortunately, when we pick up where her story left off in Doctor Strange in the Multiverse of Madness, stylishly directed by Sam Raimi of OG Spider-Man trilogy acclaim, Wanda’s role as the central antagonist unceremoniously dumps her back into the Unstable Powered Woman trope. It seems that with great spectacle must also come reductive storytelling, even at the expense of thoughtful character development almost a decade in the making.

She is not only a survivor of trauma, but a heroine forged in its hottest fires. Wanda’s drive to love and be loved despite compounded trauma has always been a catalyst for her strength, something that I’ve found especially resonant and compelling in her character. In WandaVision’s eighth episode, “Previously On…”, antagonist Agatha Harkness (Kathryn Hahn) attempts to defeat Wanda by forcing her to reckon with her unprocessed trauma. Avoidance and denial are common manifestations of the fight-flight-freeze response to life-threatening danger, but of course, Wanda’s supernatural abilities dramatically amplify this. Our individual reaction to trauma is unconscious—the human body is wired on a biological level to do whatever it needs to protect itself from harm. For Wanda, it took the form of a sitcom pocket reality borne of happy childhood memories with her birth family. Her overwhelming grief of losing the people she loved most was projected onto the hapless occupants of a New Jersey suburb, trapping them in her nightmares. With no one to turn to for support after the harrowing events of Infinity War and Endgame, Wanda’s inability to safely process the violent deaths of her loved ones is what makes her relatable on a human level.

At the end of WandaVision, we saw Wanda embrace her powers as the Scarlet Witch, an all-powerful being destined to destroy the world. Though Agatha attempts to weaponize this myth and her trauma responses to exacerbate her shame and self-doubt, Wanda coolly reminds her, “I don’t need you to tell me who I am.” This moment illustrated Wanda’s resilience and integrity, her resolve to live as her whole, authentic self instead of resigning to a prescribed narrative of how she’s fundamentally broken, dangerous, or otherwise unworthy of love. Despite the unbearable pain she’s suffered, Wanda’s compassion and humanity never stop motivating her to be a force for good. She accepts responsibility for her mistakes and vows to grow from them.

This is why the lazy incorporation of the Darkhold, a conveniently evil and powerful book that corrupts its readers, in Multiverse of Madness is such a let down, as it essentially writes over the entirety of her character. Where WandaVision depicts Wanda moving through and ultimately accepting her grief, Multiverse of Madness tries to tell the same story stripped of its emotional coherence just to cast her as the Big Bad against Strange’s stalwart hero. It’s as if Kevin Feige, Marvel Studios’ president and producer, conceived of the show to preempt the criticism of the sexist trope that drives the conflict in Multiverse of Madness. I’m not gonna lie: watching Wanda go full Daenerys Targaryen was cathartic as hell. I love a gaslighting, gatekeeping girlboss moment. Olsen is incandescent in her portrayal of the Scarlet Witch as a Single White Female hellbent on reuniting with her children, no matter the cost to the multiverse or her soul. I hollered with pride as she brutalized some of the most arrogant male superheroes in Marvel canon, but on an emotional level, I was exasperated and bored. In a news cycle saturated by the rollback of reproductive rights in America and a hyperfixation on a celebrity trial that vilifies a victim of domestic violence for fighting back against her abuser, we deserved a Scarlet Witch story that aligned her with women taking control, like Harley Quinn or Huntress in Birds of Prey. What we got instead was the MCU’s version of the Wicked Queen from Snow White, right down to hunting a child across the multiverse to harvest her life force. It's possible to enjoy wanton destruction without self-destruction.

In a recent interview with Variety, screenwriter Michael Waldron confirms that Wanda’s villainy in Multiverse of Madness was foundational to the story he and Raimi wanted to tell. “[Wanda] was ready to break bad,” he says of the conclusion of WandaVision, “I don’t think she necessarily resolves her grief [or anger] in that show.” Waldron’s perspective on traumatized women is a dime-a-dozen, regurgitating the longstanding sexist stereotype that anger is necessarily a destructive force. He tells Variety, “This should be a story of Doctor Strange protecting America Chavez from Wanda.” Essentially, the entertainment value of writing the Scarlet Witch as a villain was more important than honoring the character’s humanity in the way that Schaeffer did with WandaVision. Multiverse of Madness gives us a story that condemns yet another trauma survivor—an immigrant woman from a politically destabilized country, no less—to a life of hopelessness, despair, and isolation. Just as we’ve seen with Daenerys’ descent into murderous madness, yet another survivor of trauma gets portrayed as necessarily self-destructive and incapable of growth or healing. No majesty in the spectacle of yet another mad queen

There’s a neat bit of foreshadowing near the beginning of the movie, when Strange and a former colleague catch up having both disappeared in The Blip. A layer of resentment in his voice as he lists off the loved ones he lost, his colleague wonders about the Avengers’ solution to undoing Thanos’ decimation, “Did it have to happen that way? Was there any other path?” I asked myself the same questions about Wanda's arc as I left the theater.

Trauma survivors deserve complex heroes that make us feel seen in our justifiable rage, and stories that encourage us to hold onto hope and love, even in our darkest moments. Doctor Strange in the Multiverse of Madness was a thrilling, visually stunning ride, and Olsen’s love for Wanda shines through her performance. Alas, the script’s commitment to the status quo regresses the thoughtful storytelling in WandaVision, and reveals how the white male gaze continues to inflict psychic damage on us all.

Roslyn Talusan is a Filipino Canadian culture critic and writer. When she’s not running her mouth on the internet, she’s doting on her cats, thinking about the perfect butter tart and playing Pokémon like a sensible Taurus. You can find Roslyn’s work on her website, or follow her on Twitter @roslyntalusan. 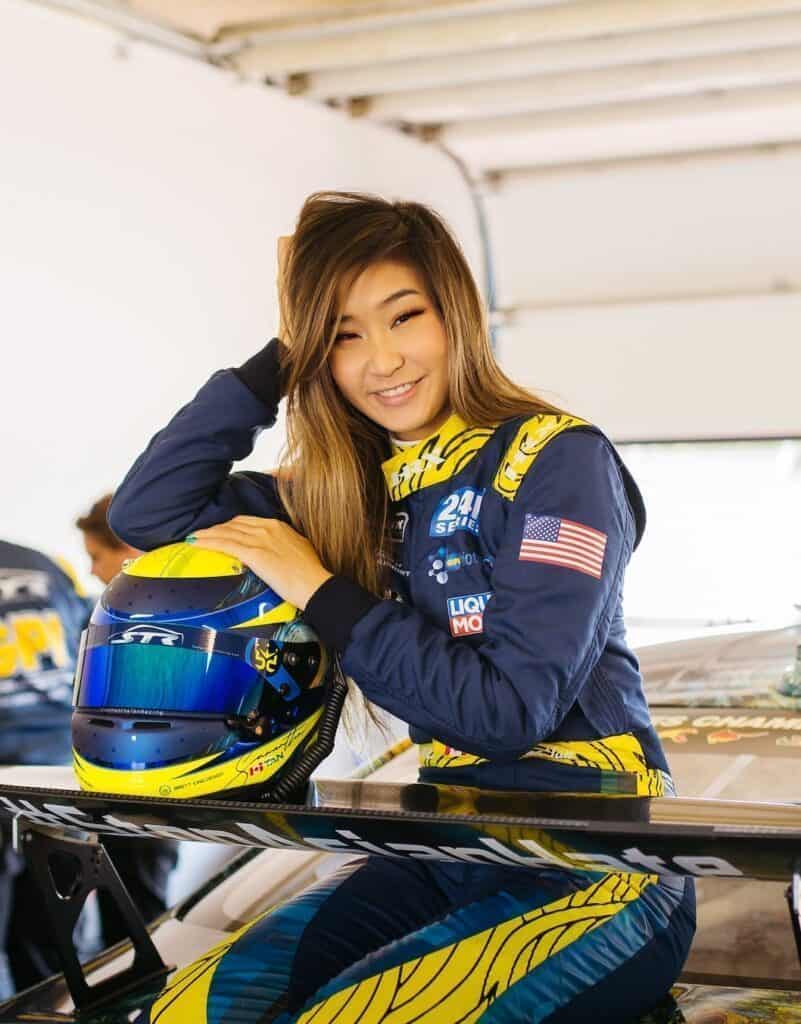