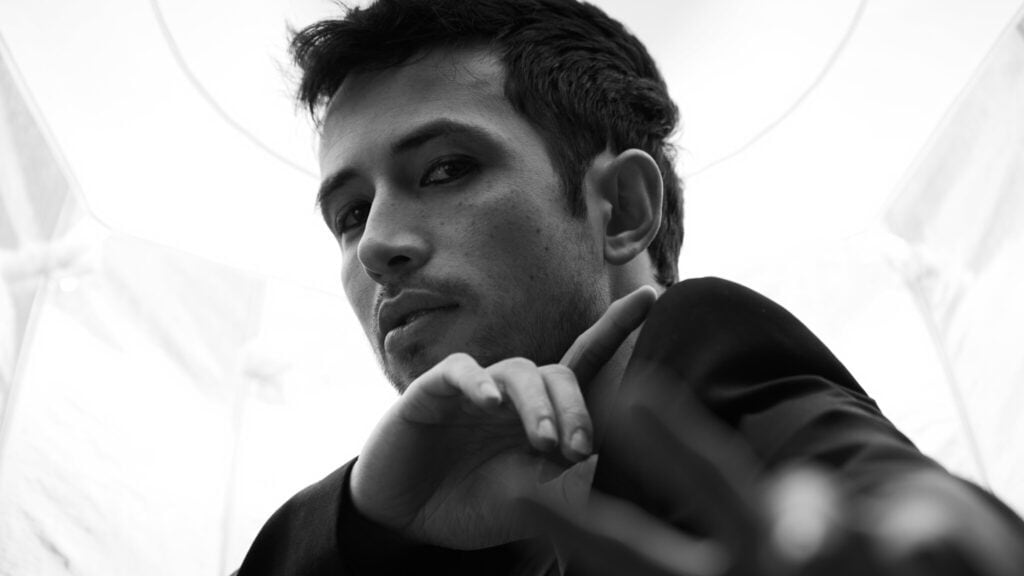 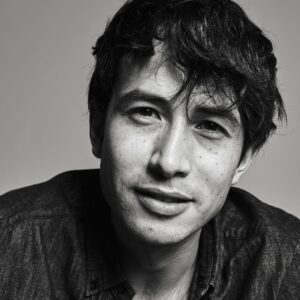 For as long as I can remember, I’ve run from myself. Built-up rage throughout the years over truths I couldn’t accept. Blamed others for wrongs. Chased perfection and judged the world from the pedestal of my imagination. And kept a distance with the one person I wanted the most affection from. Ten months ago, it all came to a halt.

Vancouver. Dec. 27, 2021. A frantic knock wakes me. Loud, chaotic, relentless. I open my eyes, the clock reads: 7:12 a.m. Who the hell could that be? I slowly gain consciousness and hear “TONY! TONY! TONY!” It’s my brother’s voice. I rush over, open the door. His eyes pierce my chest like a dagger. A look I’ve never seen before. He opens his mouth, but no words come to life. Talk to me. His breath stutters. “Dad’s dead.”

It hits you like a truck. You’ve read about moments like these, seen them in films, heard people’s stories, yet nothing compares. The world stops. Inescapable haunting silence. A boa slowly wrapping itself around your neck as you try to grasp for some air.

The brain tries to comprehend but fight or flight has already kicked in. I utter the words to myself “Dad’s dead?”        …      “Dad.is.dead.” The dam breaks. A roaring ocean detonates. Crushes everything in its path. Total destruction. And there is nothing to be done. No words to be said. Confusion, agony, anarchy. It all goes.

I wish I could find the words to explain the incomprehensible pain that instills itself in a mourning heart. A weight anchored in your gut accompanied by shutters drawn on your heart; lights out. Everything that made sense or mattered takes on a coating of futile. Days draw themselves out. Conversations numb out. Scarce safety lies in the lonely hours spent on the couch where deafening silence is merged with ringing chatter:

But. No. How. He was healthy. Happy. My last memory
of him is a smiling selfie, bursting with joy and vitality…
Brain aneurysm? At 63? Let me speak to the doctors.
No! Anomalies don’t occur. Not to my dad at least... Days and weeks went by, I continued through the motions of my daily life. At the time, I was in the middle of filming the third season of Motherland Fort Salem, an incredibly welcoming family, yet some wounds are too deep to find words to speak. Months flew by. In the immensity of what you feel, your body counters it with total rigidity only to try and maintain some sanity. Numbness mixed with repeated sudden eruptions of emotion, in private and public. Public washrooms and my living room carpet became my escape.

Eventually, the roars of the ocean slightly subside. And as the waves slow down, the mourning, the memories and the questions start to unravel. An entire lifetime to look at that gets accompanied by teary smiles. Bursts of joy you thought would never come back arise in reminiscing on the times you had. Sorrow unfolds. And very slowly, resentful acceptance starts to arrive.

The broken pieces of me felt like they began to glue themselves back. For the first time in six months, a peaceful silence. I was once again standing and breathing,

but after only an instant I noticed my body was different.

Things had shifted but couldn’t comprehend it. So, I chose to move past it.

I was taught from a young age to get my shit together, to always have my life “on track”—whatever that means. So, every morning I filled up the agenda, got back in touch with people, worked out, put on my best smile. Life takes its course again. Yet deep down, something doesn’t fit anymore. Those “tracks” I once knew were nothing but foreign. Anything I did, a void sat in me like a haunting numbness robbing me of every moment. Deep down, I knew things had changed, but my mind couldn’t handle the new uncertain grounds of a life without a father; some of the questions unravelled by death are just too big to handle.

So, I’d restart from scratch.

Chuck the old agenda and make a new one. Rebirth, right? You rebuild and redefine yourself, and you’re back up for a while. Surprisingly, there are moments filled with such elation, you think the grieving is done. Moments where the lost presence of a close one becomes a guiding light, a warm cozy hug on a nice night. But then, a trigger: someone cutting you off, the fleeting mention of death in a conversation, one tiny thing going wrong. And BAM, you’re back down. The ocean resurges and demolishes the entire foundation you had reconstructed. And so the cycle goes. On and on. It’s been almost a year since the passing of my father, and parts of me feel like they’ll never move on.

I’ve spent the last year trying to heal, trying to be happy, trying to find some joy in my daily life because I just can’t accept to live my life “unlived” after seeing that one can go so quick.

But maybe some things can’t work out the way I want them to be.

There is so much I wanted to experience with my father, and it hurts to know that all those future moments I had envisioned will never happen. The worst part of that is never having the father-son connection I had always wanted.

When someone is still alive, you can tend to endlessly chase what it is you want from them. For me it was words: “I love you,” or “I’m proud of you son,” even just one honest “how are you doing?” or a simple “I’m sorry.” Some things can mean so much when uttered by the right people.

In one of my father’s last voice notes, after I asked him for us to speak more often, he told me he had kept his distance because he didn’t want to bother. Huh. Didn’t want to bother…whatchu mean by that?! We’re father and son, let’s just talk! But some things aren’t that simple.

I think I was so caught up in what I wanted from him that I didn’t care to listen. I wanted to work things at my pace, do things my way. I mean, after all the wrongs he had done, it’s the least he could do. At least that’s the narrative I went with.

Death changed that; it forced me to start looking at things honestly: pains that had been buried deep down beneath the surface.

It doesn’t matter how much you try to build your life based on what you want, if you can’t accept its foundation, there is no moving on.

My father and I had a broken relationship, and it’s taking his death for me to truly accept it. Regardless of the struggles we went through, I thought we could move past it. Brush it off and move on. Yet it didn’t matter how much “healing” I chased, for myself or for him, some conversations I wanted will never happen, and that’s something I can’t run from.

I had ideas in my head of how our relationship could be and I called it perfection.

After spending a life blaming him for not being much of a father, I can’t help but regret all the expectations I had on him. Is he anything less of a father for not having uttered the words I had envisioned? I sure used to think so. So much rage emerged from that. In all the chaos of our lives, it was easier to pointing at a parent for all the wrong things that had happened.

In his death, things have switched, I’m now the one who wishes I could utter words to him: “I’m sorry for what happened,” or “I love you,” or “I’m so proud to have you as my father.” For so long, I was blinded by pains I couldn’t accept, the ways that my ideas of a father didn’t fit his behavior. In retrospect, it was neither his fault nor mine. I think life just gets messy.

Grief is teaching me to look at things more wholly, that some situations are out of the control of good intentions and the result can be hurtful, sometimes irreparable. And I guess when you’re young, it’s so easy to blame a parent. Consciously, I know that I just wanted to maintain a perfect identity, to not be in the wrong, to not take the blame for someone else’s pain because it’s easier to dodge it. I now know one thing, that my choice of saving face hindered my connection with my father. Deep down I was just afraid of looking at truths I couldn’t bear, wounds I didn’t want to carry, or parent-son relationships that weren’t movie worthy.

Life doesn’t always work out the way we want it to be. It’s messier than I thought, and I’m slowly admitting that I am too. It’s a much less pleasant reflection to look at. I’m not perfect. But maybe honesty is a more stable ground to build upon.

After making an impact as a professional dancer, dancing with renowned artists such as Rihanna, Pitbull, and Zendaya, Tony Hiu Joong Giroux’s talent as an actor is now landing him coveted roles in TV and film. Tony was born and raised in France and moved to Vancouver, British Columbia, Canada in his teens. Surrounded by academics and sports, his first introduction to dance came in his late teens and hooked him into the arts. At the age of 21, he landed his first acting role, igniting a love for the craft. Curious and eager to learn, Tony went to The Royal Central School of Speech and Drama in London to complete a master’s in acting for screen. Recently, Tony co-starred in Lifetime’s first holiday movie centered on an Asian American family, A Sugar & Spice Holiday and returned to Freeform’s popular series “Motherland: Fort Salem” for the third and final season as Adil. 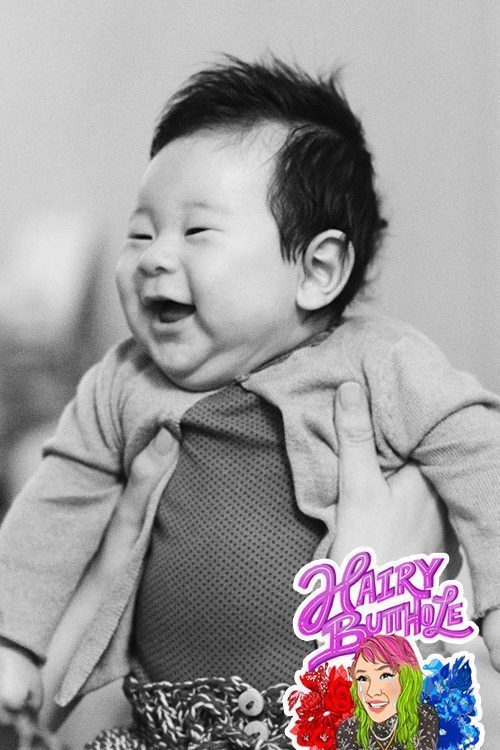 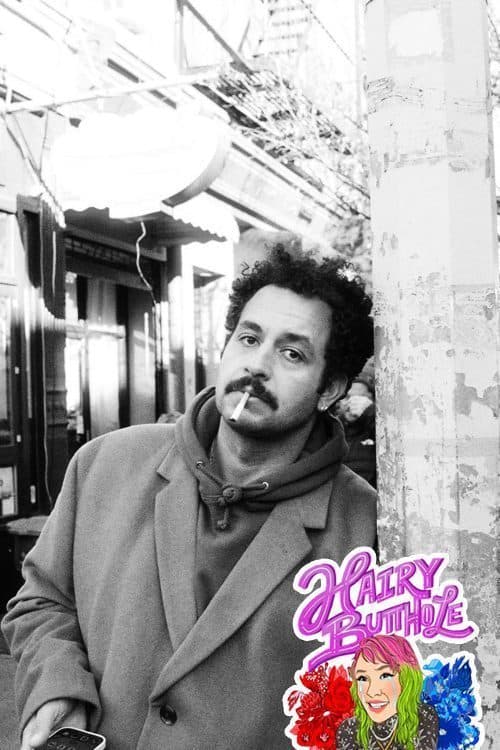 A deep dive into the sadness of regret 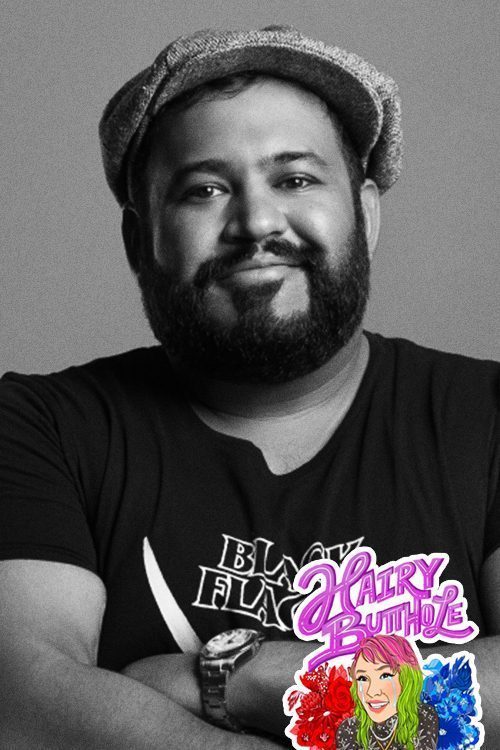 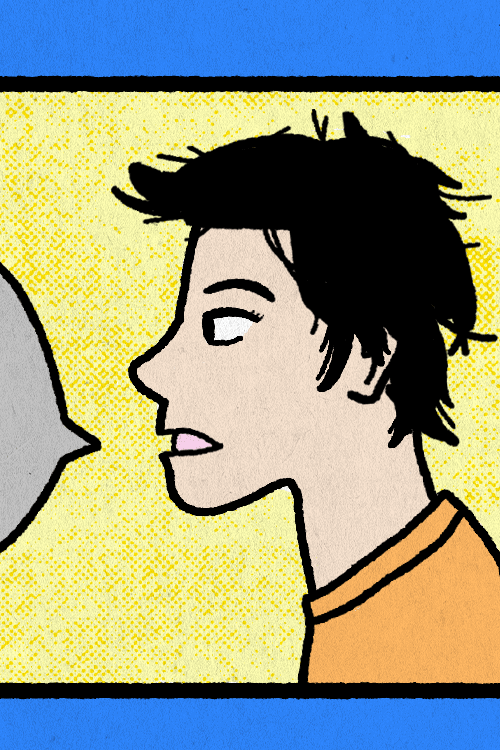 The Hardest Conversation to Have

Writer Hibby Thach shares their struggle in getting Mom to really see them for who they are: new name, new pronouns, evolving identity