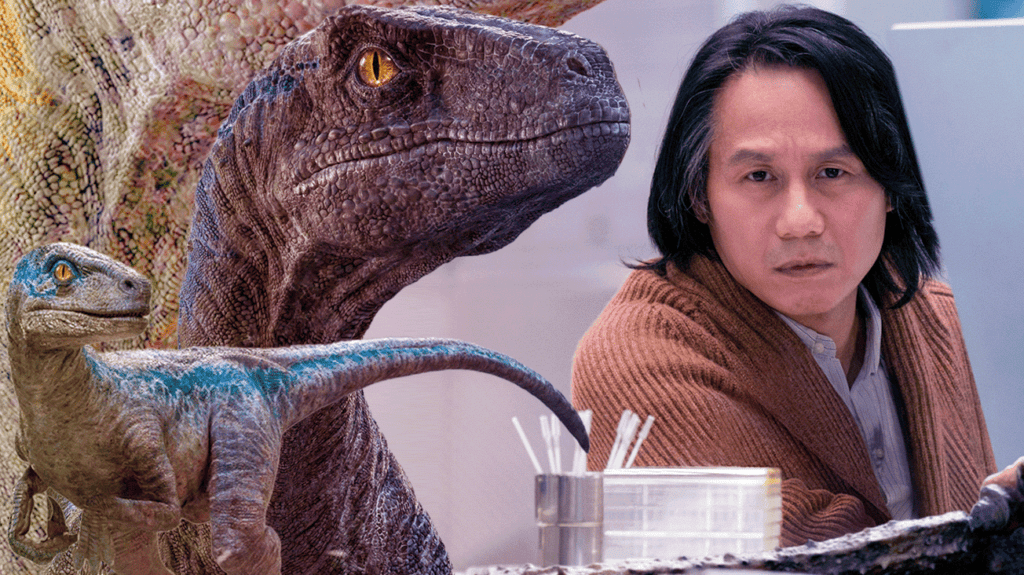 The Problem With Wu

In ‘Jurassic World: Dominion,’ creators get Henry Wu all wrong—again 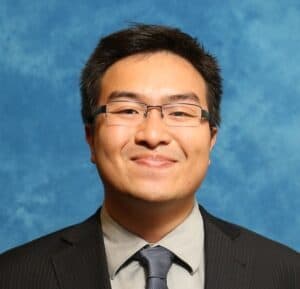 “It’s always him” was a line heard mere minutes from the climax of the Jurassic World trilogy capper, Dominion, right as ensembles original (Ellie, Alan and Ian) and new (Claire, Owen and Maisie) met the creator of the devastating fiery locust storm, Henry Wu (played by BD Wong). The same man was also the brain behind the Indominus rex that wrecked Jurassic World in 2015 and the raptor that got indoors in Fallen Kingdom in 2018. This was it, the point all roads would lead to. But since Wu hadn’t quite been made to matter throughout this new trilogy, nothing said or seen summoned any reaction.

This wasn’t the first time the Jurassic film franchise had fumbled its most visible Asian character. Whereas Michael Crichton’s novel had Wu as a multi-dimensional, complete, and tragic character—someone who was at first a proud contributor, then a footnote to the system he contributes, and finally a meal for clever girls—the 1993 Steven Spielberg-directed adaptation reduced him to an “in-and-out” character. Once the baby raptor managed to puncture her egg shell, he was, literally, out of the picture. And its sequel. And the sequel after that. The original Wu, with his little baby dinosaurs.

With the character minimized, so too their actor. Around the film’s release, Wong was already a decorated talent, and would only continue to be so over time. He won a Tony for M. Butterfly, and that was his Broadway debut. He “Fleabag”ged it before Fleabag was the moment with Herringbone. He voiced Li Shang, the crush of many, in Disney’s Mulan. Come on, he was the thrilling Whiterose in Mr. Robot. In between the Tony Award and the rest of his career, the accomplished actor was a guest in the scope of Jurassic Park. As he shared not long after Jurassic World’s rollout, he came to auditions and was hired with Wu’s excerpts from the novel, only to come to set with his character downsized to a near non-presence. To him, the culprit might have been the industry’s exclusionary practices.

Expectedly, in no way could Wu’s original minute-long appearance bring anything to the table: Neither the hope that Asians could be more than set ornaments to “fi the sci,” à la food vendors in The Fifth Element or Blade Runner, or even inspections via him as representative of the model minority myth plus the dark side of hustle culture. There was no shortage of topics to derive from Wu’s loyalty to John Hammond, whose trifecta of elderly, Caucasian, and wealthy perfectly aligned with many Asians’ understanding of “American dream” or “Western goals,'' failing to grant him a peaceful end. There was also how when he could realize his identity and worth in the system, he was cut off, and his efforts were more valued than his sense of self.

Thus it was shocking when Jurassic World revamped Wu, a decision Wong said was from the film’s director and co-writer Colin Trevorrow himself. For Wu 2.0, he got the “Dr.” prefix, the ability to supervise lab coats, and much more dialogue. Those attributes gave Wong more positive (or at least just more) things to say about his character, how he was “rather noble” and not invincible. On that same humanizing note, Trevorrow also regarded Wu as less the Big Bad who would be immune to his destructive strokes and more as “a scientist who’s reaching for something.”

But Wu 2.0’s arc—a visible and compelling enough arc—was rendered into bullet points in the films; every phase of his unfolded with a “somehow, Palpatine returned” effect. His debut wearing overarching villain shoes in Jurassic World was abrupt. His disillusionment in Fallen Kingdom was contracted. His redemption in Dominion was most inorganic. It might just be a new kind of cinematic Asian misrepresentation, where one got upgraded and still be underserved. Being written off for good or even never being considered were more ideal states than that limbo.

In their wisdom, the creators of Dominion believed they had made enough stake for viewers to buy him as a defeated and remorseful man by growing out his hair and letting him do lab work in a hermit’s getup. They thought the dressing down would complete the character when so much of his ascension since Jurassic Park was relegated to missable marketing media for Jurassic World (note how the video is unlisted) and just three fleeting sequences in Fallen Kingdom were enough to depict the lockdown of his lifelong passion to create. What a questionable re-centering effort for a character whose actions determined each film’s supposed direction and, in some ways, texture.

Questionable was also the storytellers’ “itch” to emphasize Wu’s subservience over strength, which Wong’s performance suggested he had full awareness of. That emphasis also did two things: adding no conflict to the undercurrent of creation v. corporation and painting the scientist as a character without agency or autonomy. If he wasn’t an inexplicable sideshow—in comparison to Hoskins (played by Vincent D’Onofrio) in Jurassic World—he would be placed on the brink of losing at the start of verbal bouts—as seen with Mills (played by Rafe Spall) in Fallen Kingdom and Dodgson (played by Campbell Scott) in Dominion. Yes, the same Dodgson whom no one cared about years ago.

This spotlighted another problem of the film, even the franchise as a whole. Trevorrow and company kept bringing in new (or is it old?) knives when the current ones were dying for some sharpening. They made creative decisions on “could'' and not “should.” Had they taken the latter step, they would have realized how Wu could have easily been made into the head of BioSyn, the corporate Big Bad of Dominion, rather than Dodgson. That would have made him, against the film’s developments, a more natural fit as opposed to a writerly convenience. His plans for Blue and Maisie (played by Isabella Sermon) would have more heft. His “tendency” to be in another white, western scientist’s shadow, avoided. His ending here, earned. As none of that happened, the Wu of Jurassic World and of Jurassic Park were the same in the sense that he was short changed again. The biggest difference? The new shortchanging lasted three films instead of one.

Wu also existed in other Jurassic related media, presenting other avenues to better understand the character. But, at risk of being branded old-fashioned, I’d argue that he should have been provided and shown a complete arc in the films, and supplemental media involving him would be, well, supplemental. I would like to be able to paint Wu without deeming the animated series Camp Cretaceous, related Reddit pages or the expansion of a tie-in game compulsory sources. It would have made the significance implied in “it’s always him” less something after the fact, less of a cue to reply with “Who?”—or in my case, “Sure about that?”

For Wu and Wong, who gave Jurassic World three stories to tell and from there a $2 billion-plus franchise, deserved much more than that. In a perfect world, Trevorrow and company would remember to give sense to their own devices first and, although impossible, to recapture the Spielbergian dino-on-dino magic second. Then, Wu could have been the character he was always built to be.

Nguyên Lê is a Vietnamese-English bilingual film critic, writer and translator. He also likes to think he's an amateur cook and photographer, assuming there will never be a time when the kitchen catches fire or the camera is gifted to the ocean. His portfolio site is here, his Twitter is @nle318 and his Facebook is @nguyen.le.334.