Chania (Zendaya, left) will have a bigger role in the “Dune” sequel, according to director Denis Villeneuve. As another movie year draws to a close, it’s time to look ahead to the oncoming 2023 release calendar, which is already shaping up to be a slate full of cinematic highlights—from much-hyped franchise follow-ups and populist star-studded studio fare, to prestige dramas and auteur-driven original titles, all designed to (hopefully) give audiences plenty of reasons to come back to theaters.

After a couple of pandemic-battered years riddled with untimely delays and subpar box office returns, major blockbusters should come roaring back to life with tentpole franchises like Guardians of the Galaxy, Ant-Man, Aquaman, Creed, The Hunger Games, and Indiana Jones all getting hotly anticipated follow-ups. If watching an octogenarian Harrison Ford pick up the iconic whip one last time won’t get your adrenaline pumping, John Wick: Chapter 4, Fast X, and Mission Impossible 7 should provide all the guns-blazing action to scratch that itch. Likewise, horror aficionados will be spoilt for choice with the new Scream and Evil Dead revivals, Brandon Cronenberg’s Infinity Pool, Ti West’s MaXXXine, as well as Robert Eggers’ long-gestating Nosferatu remake all looking to make a splash in 2023.

Next year will also see the return of veteran filmmakers in Martin Scorsese, Terrence Malick, Ridley Scott, Francis Ford Coppola, Hirokazu Kore-eda, Michael Mann, Ethan Coen, and John Woo, although all signs point to younger talents like Ari Aster, Wes Anderson, Yorgos Lanthimos, Bradley Cooper, and Greta Gerwig dominating the cultural discourse and being showered in accolades. All in all, there’s plenty to be excited for in 2023; here’s our take on next year’s 10 must-see titles: After announcing himself in striking fashion with the one-two punch of Hereditary and Midsommar, critical darling Ari Aster seems to be pivoting away from the horror genre with an existential comedy starring Joaquin Phoenix as a successful but tormented entrepreneur.

Not much is currently known about A24’s upcoming release, formerly known as Disappointment Blvd., beyond its vague plot synopsis, Montreal shooting location, and intriguing new poster. However, based on the director’s previous two outings, viewers should expect no shortage of family strife, spine-tingling moments, and unexpected turns.

Spider-Man: Across the Spider-Verse
June 2

Though superhero fatigue seems to have kicked in lately, this much-anticipated follow-up to the 2018 Oscar-winning animated Spider-Man feature may be immune.

Picking up right where its predecessor left off, Across the Spider-Verse pits Miles Morales and his sundry team of mutant web-slingers against a new multidimensional threat in The Spot (voiced by Jason Schwartzman). Other newcomers joining the cast include Oscar Isaac, Issa Rae, and Daniel Kaluuya, which only makes us more excited to see what is shaping up to be the rare comic book release that satisfies both devout fans and sworn skeptics.

This year is shaping up to be quite an eventful one for Japanese master Hirokazu Kore-eda. Shortly after releasing Broker in U.S. theaters these holidays and with his nine-episode Netflix series just around the corner, the prolific filmmaker has already given us a glimpse at his new project, which marks his first production on home turf since winning the 2018 Palme d’Or with Shoplifters.

After making his French- and Korean-language debuts in recent years, the acclaimed director should find plenty of welcoming audiences with Monster, with another Cannes premiere very much in the cards and a potential U.S. release lined up for next fall. Though plot details are pretty scant at the moment, the teaser trailer suggests that Kore-eda’s latest tearjerker will tug at our emotional heartstrings. “How Do You Live” marks Hayao Miyazaki's first film in nine years.

Christmas came early this year for anime fans with the recent announcement that Studio Ghibli’s long-delayed movie will finally see the light of day in 2023. The good—albeit not entirely surprising—news is that Hayao Miyazaki has decided to come out of retirement for the umpteenth time after a self-imposed decade-long interlude just so he can dedicate this adaptation of Yoshino Genzaburo’s classic children's book to his grandson.

The 1937 novel offers a fascinating dissection of the human condition filtered through the lens of a 15-year old who grapples with life’s big questions after his father’s death. Whether the film proves to be Miyazaki’s definitive swansong remains to be seen, and should add its own level of intrigue. But for those of us who see the legendary Japanese director as cinema’s last great pioneer committed to a dying art form like hand-drawn animation, How Do You Live can’t arrive quickly enough.

Love him or hate him, you can’t accuse Christopher Nolan of ever lacking in ambition. Having recently crashed a real 747 plane on the set of Tenet, the British director might have just outdone himself, with multiple sources reporting that he managed to recreate the first nuclear test without any digital effects in his upcoming biopic—which recounts the creation of the atomic bomb in the waning days of World War II.

Oppenheimer sees Nolan stalwart Cillian Murphy team up with the Inception filmmaker for the sixth time as the titular American physicist, with Florence Pugh, Matt Damon, Robert Downey Jr., and Emily Blunt rounding out the ensemble cast. Though it likely won’t be as action-packed as we’ve come to expect from Nolan in recent years, there’s no doubt that this star-studded historical drama will join his sparkling resume as a summer mega-hit.

It only took a handful of promo stills of co-stars Margot Robbie and Ryan Gosling and an 85-second Kubrick-inspired teaser trailer for Greta Gerwig’s Barbie to effectively set the Internet on fire and send the Hollywood gossip mill into overdrive.

Every movie lover worth their salt should have July 21 marked on their calendars already, with Warner Bros.’ candy-colored romantic comedy and Christopher Nolan’s Manhattan Project thriller set on a collision course for next summer’s box office crown. Bolstered by colorful sets, an exciting young talent at the helm, and a murderer’s row of A-listers including Simu Liu, this seemingly satirical take on the beloved Mattel doll has all the makings of a pop culture phenomenon that should fit nicely into our fashion-crazed zeitgeist.

Chania (Zendaya, left) will have a bigger role in the “Dune” sequel, according to director Denis Villeneuve.

Rarely do studio blockbusters feel as expansive, textured, and wondrous as Denis Villeneuve’s 155-minute spice opera—an epic adaptation of Frank Herbert’s once-considered unfilmable novel that improved in spades upon David Lynch’s 1984 rendition to introduce 21st-century audiences to the barren wastelands of Arrakis. Paul Atreides’ journey from young prince to prescient Messiah will be concluded in the second part of Universal’s costly diptych, with Timothée Chalamet’s character vowing to avenge his family and take back his throne from the treacherous Harkonnen clan.

A new project from the mastermind behind Arrival and Blade Runner 2049 is always cause for celebration, doubly so considering the staggering talent at his disposal, with Austin Butler, Florence Pugh, Christopher Walken, and Léa Seydoux set to join the already stacked cast. If Villeneuve’s track record is anything to go by, we should be in for a treat. 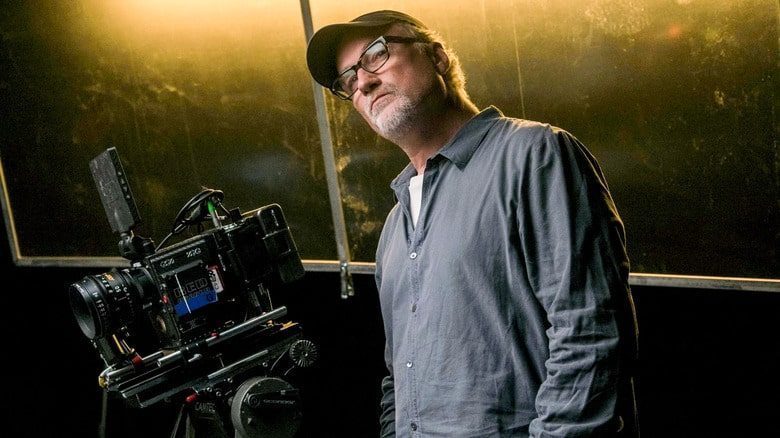 Director David Fincher teams up with Michael Fassbender in his second Netflix movie “The Killer.”

After dipping his toes into streaming at Netflix with two marquee series in House of Cards and Manhunter as well as the 2020 prestige period drama Mank, we’re happy to see David Fincher back in his element doing what he does best: gritty psychological thrillers in the tradition of Se7en and Zodiac that will chill us to the bone and cling to our mind like an unshakable dream.

Michael Fassbender stars as a cold-blooded professional hit man who slowly loses his grip as he begins to question his line of work. That the director chose this particular French graphic novel for adaptation barely comes as a surprise to anyone who’s already flipped through its pages; The Killer should prove an ideal match to Fincher’s stylish calling cards and promises the usual blend of razor-sharp suspense, unpredictable twists, and black-hearted cynicism he’s accustomed us to. 2022 was a strong year for biopics, with larger-than-life icons from Elvis Presley, Whitney Houston, Marilyn Monroe all the way to Steven Spielberg himself having their stories told on the silver screen. Next year promises another high-profile example of a tendency that’s become endemic to our multiplex in Ridley Scott’s Apple TV+ epic—billed as a fascinating look at Napoleon Bonaparte’s climb to emperor and volatile relationship with his wife, Josephine.

Perhaps no historical figure remains embedded into the broader cultural imagination with such lasting impact as the French tyrant, who was first put on the big screen in 1897 by the Lumière Brothers. Since then, the 19th Century emperor has been portrayed by countless actors, including Marlon Brando, Dennis Hopper and Danny DeVito, with Gladiator star Joaquin Phoenix next in line.

Killers of the Flower Moon
TBA 2023 From left, Lily Gladstone and Leonardo DiCaprio in Martin Scorsese’s “Killers of the Flower Moon,” coming soon to Apple TV+.

Martin Scorsese tends to take his sweet time refining his films in the editing room during post-production, but we’re still holding out hope we’ll finally be able to watch his long-gestating true crime epic at some point in the year to come. Though it might feel a bit old hat to praise a veteran legend of his stature, we’re just grateful that the Queens native shows no signs of slowing down at 80.

Based on David Grann’s bestselling book of the same name, Killers of the Flower Moon splits its focus between a string of brutal murders that took place in 1920s Osage County, Oklahoma and the birth of the F.B.I. as we know it. Only time will tell whether Apple TV+’s $200 million gamble fully pays off, but expect Jesse Plemons, Leonardo DiCaprio, and Robert De Niro to all get heavy Oscar buzz next fall.

Guillermo is a freelance entertainment writer based in Madrid, Spain. His writing and festival coverage has been published across various outlets, including Little White Lies, Taste of Cinema, Film Cred, and Certified Forgotten. When he’s not watching or writing about films, he’s probably talking about them on Letterboxd or Twitter. Guillermo hopes to continue to provide valuable features at JoySauce.