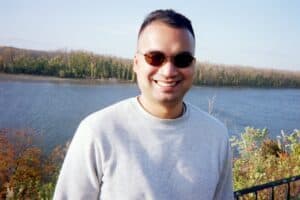 If you were to ask how South Korean musical artist Su Lee defines fulfillment, she describes it as being happy that she spent every moment of her life, even if it was a struggle, trying new things.

Lee has overcome her artistic challenges in just two years and has had several career firsts because of it, like getting millions of streams for her breakout hit “I’ll Just Dance,” hitting the road with CHAI and Mystery Skulls on two separate tours, and releasing her debut album Messy Sexy on Oct. 28.

She jokes over Zoom that she’s always in a room, calling from her temporary bedroom studio in Los Angeles. It’s a tongue-in-cheek comment considering she broadcasted most of her music and content from one. “I would say the room that Box Room Dreams and all my songs came from was particularly small,” she continues. “It was like this little 10x10 super small room, so small that I had to roll up my futon to sit at my desk and pull out my chair. And it was a tight space to work with.”

Lee is describing her makeshift studio setup in Seoul, where she famously shot and recorded her viral video to “I’ll Just Dance.” Prefaced with “what my mental breakdown sounds like,” she shared it on Reddit and her socials, which blew up after her message resonated with people in social isolation during the coronavirus pandemic. She originally made the song to describe her state of confusion and uncertainty behind her music career, but her quirkiness and honest expression seen in the video was enough to start winning fans over. “I think it was the zeitgeist moment where everybody in this world feels the same way in some form or another. I think that is what made it so relatable at the time,” she says.

The singer/songwriter returned to South Korea, where she was born and raised, after studying graphic design in the United Kingdom, realizing working internships in that industry was making her miserable. Outside of her profession, she was a casual music lover interested in making tunes and songwriting, but called that chapter of her life a “magical experience” because it allowed her to explore different things. “Looking back, it was a blessing. But at the time, it felt tragic that I was kicked out of the UK because nobody was willing to sponsor me for a visa, so I was half-forced back to my home country without a job, without any plans whatsoever. And then the pandemic broke out, too,” she says. “So it was like, ‘Okay, what do I do?’ I was like, ‘You know what? I’ll just give myself a year to just try something new.’ I loved music, I’ve always loved music. I went all in.”

The tracks on Messy Sexy derive from various points in her musical journey: Some were made at the very beginning before her big break with “I’ll Just Dance,” while others were made days before the album release. Lee has an innate ability to share vulnerability on themes of mental health, anxiety, loneliness, figuring life out, and committing to her authenticity. She wants to remind listeners that it’s ok to feel things as humans and to embrace the clashes of emotions. It’s neither uniform nor perfect, but the whole picture is messy and beautiful anyway. 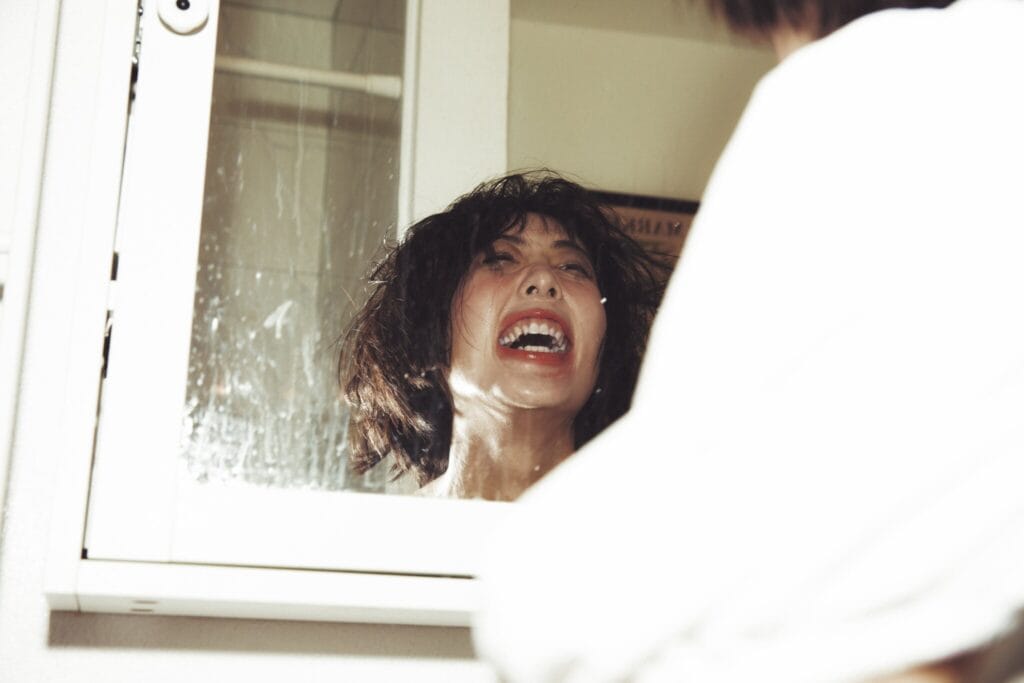 “All these songs have been the most painful or the most intense, but also the most influential moments that have turned me into who I am today and it really built my character,” she says. “The way I'm talking right now, the way I write my songs, the way I approach people and talk with people, all these songs have contributed to all this. And I like this. You know, I'm not happy. I'm not satisfied with it. But I love this. I love what I got.”

Lee spoke to JoySauce about gaining the support of the Asian American community, why “Sonder” is her favorite track, and shared some advice for aspiring creatives insecure about putting out their music. 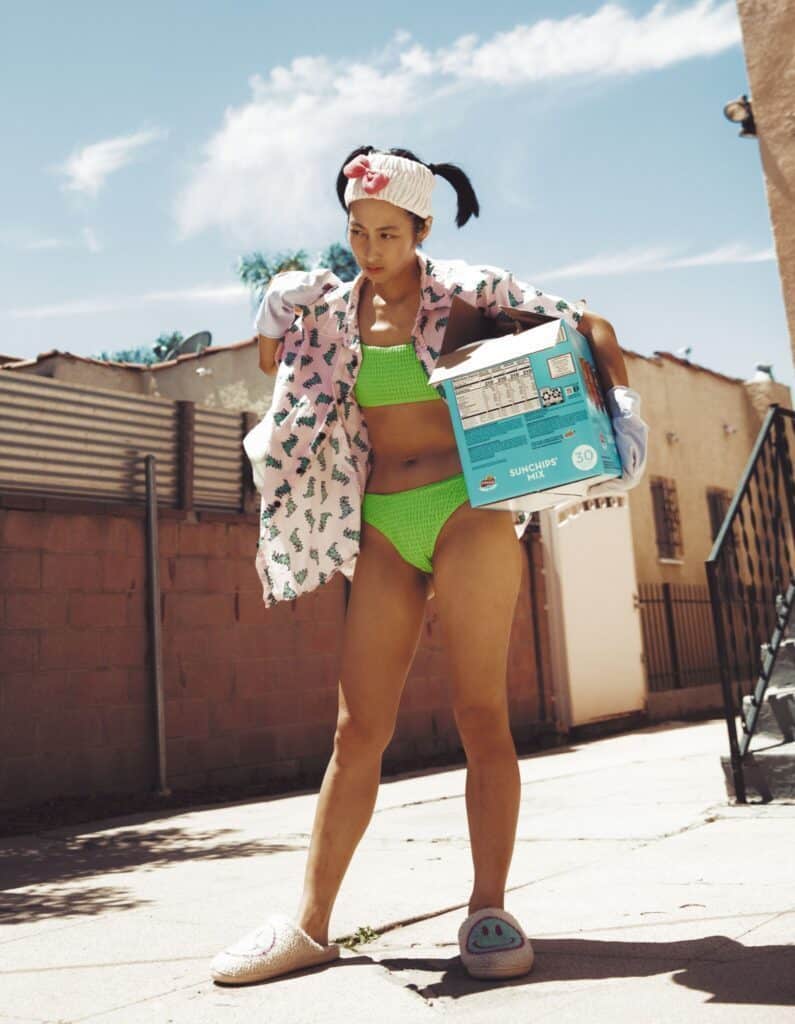 Eric Diep: You’re a South Korean artist living in America. Do you ever think about having to fit in and cut through? There are so many new artists we must pay attention to.

Su Lee: Yeah honestly, I don’t think I ever met artists so far that didn’t struggle with comparison issues, including myself, of course. My whole existence, my whole life, I’ve struggled with comparisons. I think for me the hardest comparison was I would compare myself to my peers, right? Around the same demographic, around the same age, same kind of generations, started out at the same timeline. But they are at a better place, they got more numbers, they got better followers, they got better deals, whatever. Or they are working with cooler people! I don't know. Or they got more than 200 comments on their posts like “Wow! Damn, I feel like a failure because I only got 10. What should I do? I'm a failure.” That, fueled with overthinking, is the most terrible cocktail of emotions and rabbit hole that you can go through.

ED: Every creative person goes through this. Do you just focus on your music then?

SL: I think focusing is the solution to it. I think it is easy to think of this as a competitive market and it is a competitive market because there’s thousands and thousands of new music out every single week. But it can be this thing where you can end up spending an unhealthy amount of time just worrying about the competition. And like, “How am I going to get through this?” And how am I going to get through this is just by keeping on doing what makes you feel good and you.

Even though I am not an Asian American, I have found the Asian American community a very welcoming community to me even as someone who isn’t American. Or just Asians in general, I think they are in a state of blooming right now. My perception is it has been more festive than “Oh, there are all these artists that I have to plow through to shine through.” It feels like everybody is part of the party and everybody is the main character. It is not boring at all. No one artist is the same so there is no competition. It’s more like just lifting each other’s uniqueness up.

ED: You start the album with “That Margot Robbie Scene (Intro)” Is that from I, Tonya?

SL: Yes! Fun story, that track was one of those tracks that I finished at the very last minute. It was the last track but it was also like a week before the releasing of the album. The audio is me breaking down live during a Twitch session, having a live meltdown. It was a chaotic hour on Twitch. Not gonna lie, I ended up snotting in the camera with many people watching. And then I broke down and I talked about I, Tonya, how it is easy to just cry and smile and look like a creep if you’re just actually having a meltdown. I just turned it into a little intro track because when I was putting together the pieces a little bit afterwards, I was like, “this sums up the Messy Sexy album neatly.”

ED: “Super Happy” with Ariza. This is you singing in Korean and Ariza singing in Spanish. Both of you are singing in English as well. Do you see yourself making a whole project in Korean?

SL: Ever since writing “Super Happy,” I’ve been writing songs, some of them entirely in Korean, too. I’m very excited. I think Korean is such an exciting, fun language that just sounds so pretty. I’m not saying my voice is pretty! [Laughs] But I’m saying the language sounds really pretty in a song, in a melody format. It’s not a set thing in the pipeline, but I would love to do a Korean album at some point. Maybe I’ll have my “Gangnam Style” moment, you never know.

ED: "Sonder" is one of your favorite songs off the album. And you play the cello on it right?

SL: I love this song. This song is the first ever track that I’ve made that I still listen to in my own free time, even after the finishing of it. Mind you, I don’t do that. But “Sonder,” I still listen to it because I feel like it’s the first song that I can confidently say that I’m very proud of. Not just because I play the cello and all the strings in it, but also I feel like I really captured this emotion that I couldn’t quite pinpoint before. Like this certain feeling that you really can’t put a single word on. But, it makes sense to those who have felt it, you know? And that feeling of like you love being alone, but you hate feeling lonely. So what do you do?

ED: What advice do you have to aspiring creatives who want to put out music but they’re insecure about it?

SL: I would say A) just sit down with your own work and ask yourself “Is this good work?” Is this good enough? Because you must be objective about it, too. You can’t be like, “This is my baby! This is good.” Of course. But is this a good song? Sometimes you must do some critical and intentional comparison. Not necessarily that you meet certain standards, but overall speaking that you have high standards. And B) Only if you think it is good and you’re proud of it and you’re happy about it…well, okay, sorry. I feel like it goes back to a lot of people who are not confident about their work, right?

ED: It’s the same thing with writing. Some people don’t want to put out and publish their pieces. To All the Midnights We’ve Spent with Taylor Swift