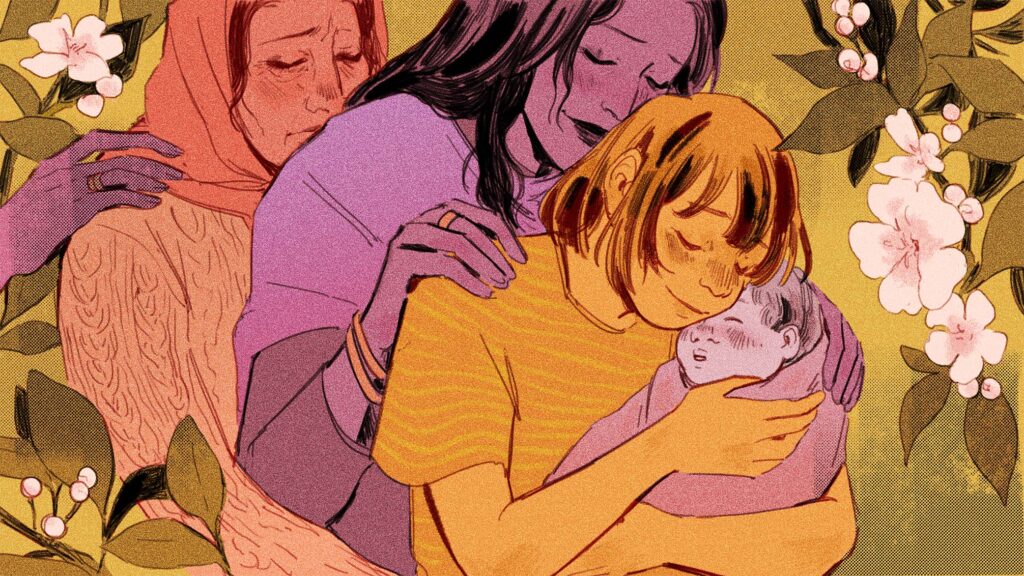 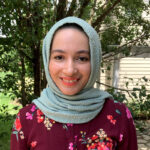 When I was 12, I finally got the little sister I’d been wishing for after an entire childhood of being outnumbered by my brother and boy cousins. I complained that it was too late for a sister now—what an impossible age gap! But by the summer she was born, I was gleeful with anticipation, brimming with the knowledge I'd picked up from my mom's bricklike copy of What to Expect When You're Expecting.

Nani, my maternal grandmother, came to stay with us for a few weeks around Ammi's due date. We had just moved to the United States from Canada, weathering the slight culture shock of living in the American South for the first time as we prepared for a baby. As we waited for my sister to make her appearance, my Nani made huge amounts of panjeeri, a traditional Punjabi postpartum food that nourishes the new mom and aids lactation, semolina-based with ingredients like dried fruit and herbal gums, fried with sugar and plenty of ghee. When my mom came home from the hospital, Nani made her drink a spoon of panjeeri in warm milk every day. I used to sneak spoonfuls of grainy, sweet, buttery panjeeri, even though it was a bit too sweet and heavy for me, to have a part in this special thing that was only for Ammi, that was part of the excitement of my new baby sister. Fifteen years later, my mom would make it for her own daughter-in-law.

During her time with us, Nani slept in my room. We became very close. On nights when I had sneezing fits, we would sneak down to the kitchen no matter how late it was, and she’d fry me an egg as a remedy (it absolutely worked, don’t ask me how). We went for walks together in our strange, green, humid North Carolina neighborhood, with no sidewalks and a canopy of trees that nearly blocked out the sky. I showed her the nearby park, with its little creek and a playground I was too old for. I still enjoyed the swings, punching through the air with my legs to propel myself higher and higher on those sticky July afternoons, the metal frame shaking. Nani sat on the bench and watched me, elegant in her summer uniform of white cotton jacket and powder blue dupatta. 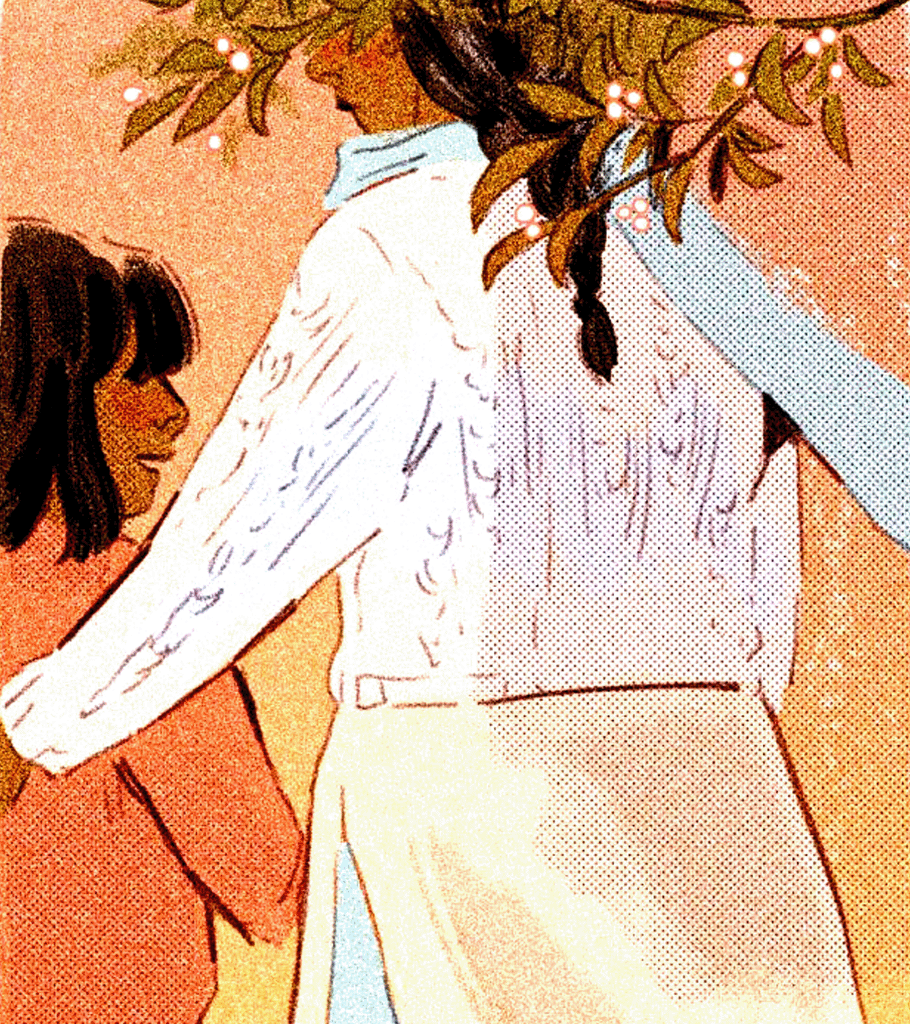 At night, as we lay in the dark before sleep overcame us, she would tell me stories and dispense lessons. There was the usual listen to your parents, keep up with your prayers—but also how to behave as a married woman, which wasn't something I was ready to think about at that age. My Nani has five children, 15 grandchildren and five great-grandchildren, and she worries about all of them constantly. That worry comes out at times in abrupt and seemingly non sequitur prescriptions for our lives, the dangling second half of a thought that started silent in her head. What to me felt like baffling advice that came from nowhere was, to her, the logical result of her concerns for my future. She felt the urgency of age, looking back at a life that had passed much faster than she'd anticipated. Still, at 12, I was more preoccupied with making friends at my new school than an abstract future with a theoretical husband. I dismissed what I didn't understand.

As the only granddaughter in our family for years, I’d long noticed that I was treated differently than my brother and cousins. Not by my parents, thankfully, but Nani had very specific ideas about how to raise me as a “proper girl.” She thought that I shouldn't hang out too much with the boys and men in the family; I shouldn't mention words like "pregnancy" at all, but especially not in mixed company. She also taught me to make roti from scratch at age 8, and basic Pakistani recipes not long after. It’s a skill I thank her for: my early comfort with the feel of dough in my hands and seasoning by instinct have made me a confident and adventurous cook. It’s an incredible gift, but she gave it exclusively to her eldest granddaughter, in an exquisite box labeled Women’s Work, presented as equal parts burden and inheritance. 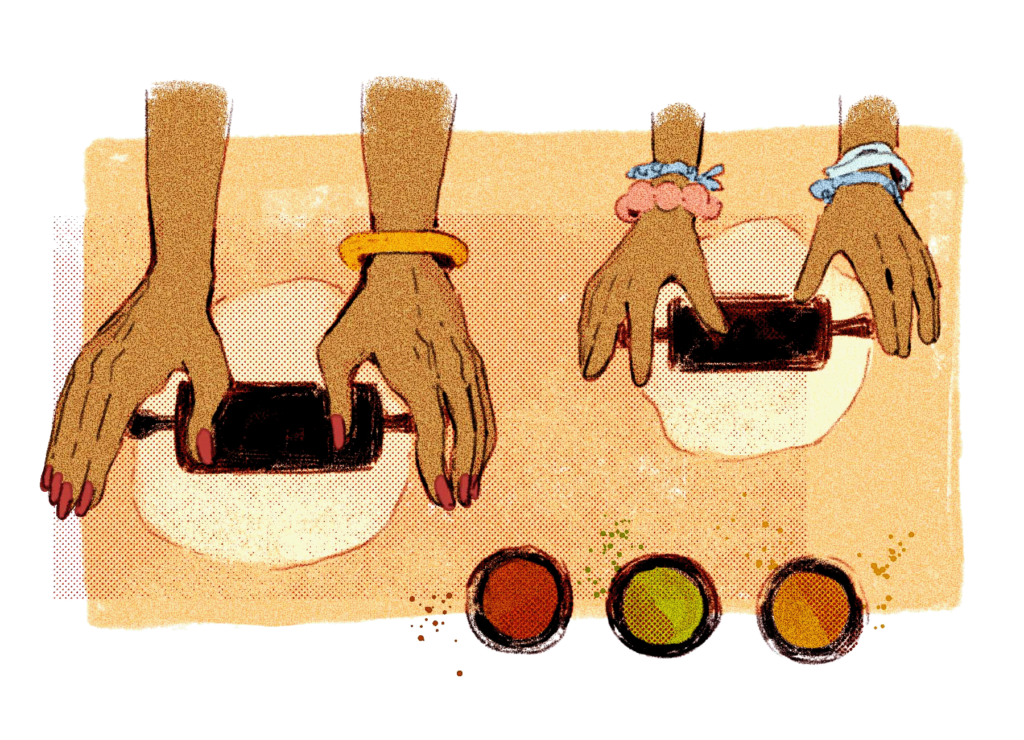 Those talks of marriage, however, which continued through my teenage years, didn’t feel like gifts at all. She would tell me that daughters aren’t really yours because they grow up to become part of someone else’s family. “Once you get married,” she said to me once, “only your coffin should cross back over the threshold of your parents’ house.” She would repeatedly refer to my father’s family as my real family, as if my maternal relatives were inferior knockoffs. The hierarchy she prescribed infuriated me, since by virtue of proximity I was much closer to my mom’s family in Canada than my dad’s scattered in Pakistan and beyond. My brother and I grew up with our Canadian cousins, fighting and getting into trouble together like siblings. It seemed absurd to think of them as anything but my real family.

I was also frustrated that she would frame this as something God wanted from me, when I knew that these patriarchal norms go back much further than Islam’s arrival to India a thousand years ago. When my parents separately arrived in Toronto and met Muslims from everywhere practicing their faith in every way, they each decided to seek answers from authentic scriptural sources instead of relying on received cultural narratives about men and women. Nani’s interpretations of proper Muslim womanhood felt alien, even hostile to how I was raised.

So when she told me a few years ago that even if my husband beat me, I should stay with him, I was shaken. I argued with her whenever she brought up these topics, and pushed back against ideas about women burying themselves in marriage that have hurt generations of South Asian families. I would tell her my hopes and dreams for myself; I would point to her daughters, who have not endured but excelled in both their careers and their domestic lives; I would give her scriptural evidence from the Qur'an—but at a certain point I realized that she wasn't hearing me.

My Nani’s advice comes from wanting me to be happy in her ideal future for me, in which I marry a good man and bear him children. For her that happiness has always meant self-erasure, sacrificing her needs in order to make sure her family is taken care of. In her selflessness, the woman she used to be has long since disappeared, and maybe it’s a mercy that she doesn’t see any harm in that. She grew up as the beloved oldest daughter of a fishing magnate in colonial Kenya, which she describes on the rare occasions when she mentions her childhood as a tropical paradise abundant with fruit and playtime. At 19 she left all that behind to marry my grandfather and later moved to England in the ‘60s, and to Canada in the early ‘70s. She raised five children with no family nearby and a husband who worked multiple jobs to support them, amid anti-Asian race riots in Birmingham and in a tiny international community of Muslims in Toronto when that city didn't have a single mosque or halal meat store.

She’s comfortable now, and at peace with her life, and all I want for her is the beatific smile that lights her face when she plays with her great-grandbabies. These days she doesn't give me much advice about marriage specifically, but to whatever she does tell me, whether it's that I've had more than enough education or that managing a perfectly-run kitchen is more important than my career, I nod along quietly. I've already said my piece to her, years ago; she's in her 80s now and losing her hearing. I see her much less often now, especially since the start of the pandemic. Every time I do, the time since we've met is etched on her face and body. So I try to bring her joy, because even now her first instinct is to put others before herself. I go on walks with her, and make her tea, and tell her I love her.

The stories I’ve heard from women on both sides of my family, of cruel in-laws and neglected children, of men who were giants in the world but unwilling to stand up for their wives at home, of women who were forced to end their educations in middle or high school because their learning wasn’t seen as a priority—I reject any idea of tradition that includes that. I take my tradition from the just principles of my religion, which allows me to reject the painful cruelties of South Asian culture without falling into colonial white savior narratives.

I take my womanhood from my mother, in her various roles inside and outside our home, whether it was raising her three children, founding and running two schools, or being a pillar of every community we lived in. I take it from my aunts, every single one of whom is outspoken, brilliant, and unafraid to pursue the things that matter to her. I take it from the beloved wife of our Prophet Muhammad, a successful businesswoman 15 years his senior who proposed to him when she saw how honest he was.

My baby sister is a woman herself, now, and I’m constantly wowed by her confidence in her identity, unruffled by the micro-aggressions that follow us as visibly Muslim women. She's able to adopt those aspects of Pakistani culture that she loves, without feeling the need to fight the ones that restrict her as I did. These days, I, too, have started to find peace in embracing the things about my heritage that heal me, and letting go of those that hurt me.

Anisa Khalifa is a culture writer, public radio producer, and co-creator of independent podcasts Dramas Over Flowers and Muslim in Plain Sight. A daughter of scholars and farmers, she spends most of her time digging her pen (and fingers) into the stories we tell about ourselves and each other. Find her on Twitter @anisakhalifa_. 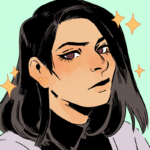 Shazleen Khan is a London based Illustrator specialising in Comics and Narrative work. They are currently working on award winning webcomic BUUZA!! and upcoming OGNs Saving Sunshine (First Second, 2023) and My First monster (LBYR, TBA).