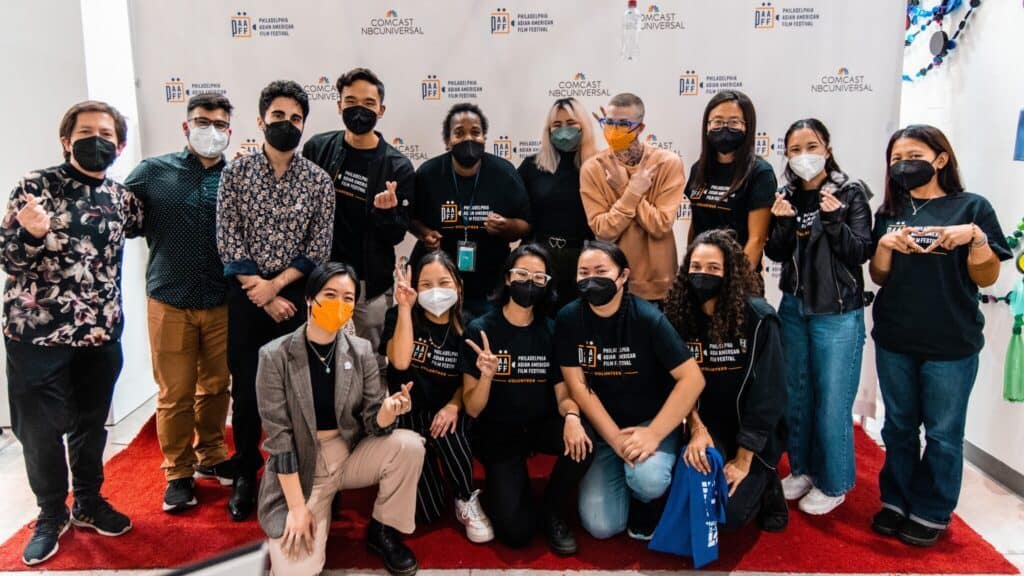 Even if you can't get to this year's festival, it's worth exploring the films, the theme, and what this means for the local community 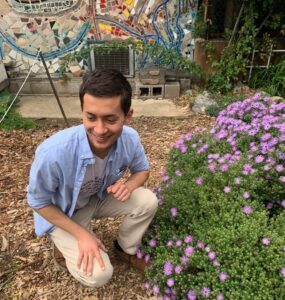 On Oct. 26, 1967, Dr. Martin Luther King Jr. made a surprise visit to Barratt Middle School in South Philadelphia. In his now-famous speech, he proposed to his young, Black audience that belief in our own dignity not only makes possible but necessitates a struggle for justice. Dr. King implored these students to do whatever they did to the best of their ability—to do a good job not ‘for a Black person’ but “a good job that anybody could do”—as the fulfillment of their obligation to make the world a more beautiful and loving place. And he urged them to shout to the world while doing it, as an expression of their self-acceptance, that Black is Beautiful.

Fifty-five years later and two miles north, another speaker pronounced ‘Black Is Beautiful!’ at an identity-based gathering—but not the one you might expect. On the opening night of the Philadelphia Asian American Film Festival (PAAFF), audiences were met with a short and a feature-length documentary, both centered on Black Philadelphian artists. Directed by South Asian filmmakers, neither film featured Asian cast members, or dealt with themes of being Asian American. “It was an honor to be included, but at first it was interesting that I was even a part of an Asian American film festival,” admits Justin Wadlington, the subject of opening night feature-length documentary Blind Eye Artist. Wadlington, blinded in one eye at the age of 5, has since become a master of hyper-realist contemporary art, honing his skills to capture the grandeur of Black American life in the style of Renaissance painters.

“You can relate to things even if you don’t ‘see yourself’ on screen. This year, we’re opening and closing with films by Asian Americans that aren’t necessarily about ‘Asian America.’”

The film, chronicling Wadlington’s rise to artistic and financial success, is a crowd-pleasing underdog story notable for its refusal to substantiate the limitations placed upon him by others. Wadlington, who grew up visiting the Philadelphia Museum of Art, saw it as natural to make a piece inspired simultaneously by Michelangelo and Tupac. His work is more ambitious and human because of his conviction that he belongs in both conversations. “You can relate to things even if you don’t ‘see yourself’ on screen,” says PAAFF executive director Selena Yip. “This year, we’re opening and closing with films by Asian Americans that aren’t necessarily about ‘Asian America.’” Blind Eye Artist is, in many ways, a metaphor for PAAFF’s vision. Wadlington has struggled to see himself in the most literal sense, but embracing his identity is the beginning of his story, not the end. In the spirit of Dr. King, he has moved from embracing himself to being his most excellent self and uplifting his community. PAAFF’s operating principles also use identity as the jumping off point for larger conversations. The festival which is running this year from Nov. 3-13, is one of the largest AAPI festivals on the East Coast, showcasing more than 80 films and shorts, and is celebrating its 15th year. The theme this year is Intersections, something clear both in the programming and in the organization’s prioritization of building a community of artists, volunteers, and viewers for whom representation is a step on the path to community involvement. The organization prioritizes accessibility, fair wages, and advocacy for non-English speaking residents of Chinatown. Yip highlights the example of a Chinatown hot pot restaurant, and the apartment complex next door owned by a Chinese national entrepreneur who is threatening to shut it down. “Even if you are of the identity, that doesn’t mean you’re getting a pass,” they say. “Just because you’re Asian American, it doesn’t mean you’re being intentional about how you engage with that community.”

While Dr. King was urging Philadelphia teenagers to be their best selves, similar conversations across the country were creating the framework that would eventually inform Yip’s stance. In 1968, the term “Asian American” was coined by Berkeley political activists Yuji Ichioka and Emma Gee in the process of founding the Asian American Political Alliance (AAPA). “We are an action-oriented group,” said Japanese American activist and AAPA/Black Panther Party member Richard Aoki of the organization, “and we will not just restrict our activities to merely ethnic issues, but to all issues that are of fundamental importance pertaining to the building of a new and a better world.”

Unspoken in the organizer’s quote is the subject of the humanization—who do Asian Americans need to be humanized for? Certainly not ourselves.

Part of building a better world is, of course, to advocate for more and better representation of Asian Americans in mainstream cinema. A common refrain is that being represented on screen can help humanize Asian Americans, and it’s easy to empathize with this perspective when such representation is so sorely lacking. But to stop at visibility is to limit the uncompromising origins of Asian American identity. Unspoken in the organizer’s quote is the subject of the humanization—who do Asian Americans need to be humanized for? Certainly not ourselves.

When constrained to others’ perceptions of us, Asian Americanness can be a boundary. But the AAPA’s mission, echoing Dr. King, offers an expansive alternative that PAAFF is embracing. We can use our identity to envision and create a better world by practicing commitment to justice and by doing something to define who we want to be. Asian American film festivals have been a crucial tool for creating this identity through action since the beginning of San Francisco’s CAAMFest (Center for Asian American Media) in 1982: The stories we tell in and about our community at such festivals are not just showing who we are, but are “actively involved in producing cultural memory.” In pushing the boundaries of the kinds of stories they want to tell, PAAFF is a proud member of this lineage. “I want to make sure we highlight films that aren’t just identity-focused in the way of ‘this is representative of one identity’,” says PAAFF programming director Arzhang Zafar. “I’m most attracted to stories in which people live their lives in the most complicated way possible.” Complication is the central tragedy of this year’s festival centerpiece film, Aporia. Directed by South Korean national Lee Ju-hyoung, the drama follows Syrian refugee Haleem as he attempts to find work, secure housing, and obtain official refugee status from the bureaucratic South Korean government. The film is funny, tender, and maddening by equal measure, and succeeds most thoroughly in portraying the reverberations of brutal systems in the lives of people who have enough to worry about. Korean-born citizens, whether the sober pencil-pushers who disregard refugees or the genial churchgoers who seek to use them for their own self-interest, are constantly imposing on Haleem’s ability to live his life.

Aporia isn’t an American film, but it brings immense relevance to local conversations. All of us are perpetual perpetrators or victims, and sometimes both, of these same unjust systems permeating every sphere of American life. This is something Yip, with their upbringing in Philly’s Chinatown, knows intimately. “With any Chinatown in the U.S., you’ll find encroaching urban development and gentrification that really make it difficult for us to just relax,” they lament. The pace of existential threats to the district, founded in 1871 and still made up of 79% Asian residents, is breakneck. Just a few years ago, it was the Rail Park. Now, it’s the proposed sports stadium blocks away from Chinatown, which could destroy much of the geographic and historical memory that organizations such as PAAFF fight to uphold. “There’s a lot of laws that protect people from having to intentionally engage with people who don’t speak English as their primary language,” says Yip. “What you see is a lot of people taking advantage of that, and not giving any time or effort into caring about the people they live around.” You don’t have to go far to find community members facing the same issues as Haleem.

But to help Haleem, you first have to know him. PAAFF excels at creating the kind of community that makes this possible. “It’s important to have a space for our community and also speak about how that relates to a broader concept of the world,” says Sophie Song, who’s been volunteering with the festival since 2019. “I love the community that makes this festival happen.” Programming director Kacia Huynh echoes the sentiment: “What motivates PAAFF’s existence is not money. As long as we’re able to connect with audiences and make them feel part of a larger community, that’s all that matters to us.” As the festival begins to cautiously return to in-person programming, with masking and vaccine requirements still in place, the joy among participants at being in community is evident, as is their commitment to fighting for that community, and for any community facing injustice.

“What motivates PAAFF’s existence is not money. As long as we’re able to connect with audiences and make them feel part of a larger community, that’s all that matters to us.”

This is something Dr. King practiced even as he was uplifting the beauty of Blackness. That famous speech at Barratt Middle School was actually his second of the day—Dr. King drove to South Philly straight from St. Joseph’s University, where he had delivered an impassioned and less-remembered speech protesting the Vietnam War. Much of Dr. King’s anti-war activism has been whitewashed from history, but it was one of his most prominent causes in later years. “Our involvement in the war in Vietnam,” he once said, “has put us against the self-determination of a vast majority of the Vietnamese people.”

Thank goodness a leader with so much work to do in uplifting his own people saw the intersections between that struggle and the struggle of Vietnamese people. Thank goodness the organizers and artists at PAAFF see these same intersections. “We have a responsibility to tell stories, whether ours or other people’s, of what’s going on in the community around us,” says Blind Eye Artist director Ashwin Chaudhary. The work of advocating for our beliefs will never be done, but these organizers and artists are well on their way to defining themselves as people practicing this advocacy. Their festival would make Dr. King proud: it’s excellent, it’s Asian, and it’s beautiful.

Blind Eye Artist, Aporia, and all other PAAFF films and shorts are available to stream in Pennsylvania, Delaware, and New Jersey until Nov. 13 at paaff.org, with rentals starting at $5.

Interviews have been condensed and edited for clarity.

Nathaniel Kim is a film, music, and culture writer. He is a contributor for Film Cred, where he writes about hope, communal care, and the process of discovering oneself—things he learns about from his partner, his family, and his vocation as a high school educator in his adopted home of Philadelphia.