In an effort to bring you more joy, we wanted to share a few of our favorite music videos—both the coolest new releases and older clips from AAPI artists we think just don’t get enough mainstream play. This week’s theme: The ups and downs of love. Have a video you think we should know about? Hit us up at [email protected].

‘Horses’ by Tomo Nakayama (2013): The touchy feely song you need in your life

Tomo Nakayama manages to pack a range of emotional highs and lows in a single song. Born in Japan and raised in Seattle, his music has been praised by outlets including NPR and The New York Times. His first two albums, Fog on the Lens (2014) and Pieces of Sky (2017), established Nakayama as an indie-folk artist. When he came out with Melonday in 2020, he shifted gears and surprised his fans with a synthpop album. Nakayama’s overall sound reminds me a bit of The Shins—which, after learning that one of his longtime collaborators is Yuuki Matthews (who he also went to middle school with) of said band, makes total sense.

“Horses,” a song from Nakayama’s now-dissolved band, Grand Hallway, reminds me of Nakayama’s fellow Seattleites Band of Horses and their song “The Funeral.” Nakayama wrote and performed “Horses” for director Lynn Shelton’s 2013 film, Touchy Feely. With its simple guitar and piano accompaniment and Nakayama’s varied vocals, it is exactly the kind of song I’d imagine being set to an emotional scene in a movie.

‘Try’ by Melissa Polinar (2019): Catching feelings when you don’t want to

Like a lot of musicians in the digital age, Melissa Polinar’s first steps into the industry were thanks to YouTube. With a collection of original songs—rather than covers—she became known not just as a singer, but as a songwriter as well, according to her website. She released her first EP, Sound Vault Sessions, in 2007 and has since caught the ears of Grammy winners like Questlove and has collaborated with India.Arie. Polinar, who is Filipina American, blends a range of musical genres including soul, blues and folk. Her music is the stuff you listen to while unwinding from a rough day, wine glass in hand (if that’s your thing). It’s chill and soothing and you can’t help but feel your stress disappear.

If you’re like me and have liked someone, even when you didn’t want to have feelings for them, Polinar’s got you. With lyrics like, “There's nothing, nothing I can do/To keep my heart away from you/(I can't help it) I can’t tell you how hard I try,” “Try” would have been the perfect song for my conflicted soul. This 2019 version is a 10-year anniversary re-recording of the song, which Polinar first posted in 2009. The song was released as a single and later included on her 2014 EP, Calls & Echoes. And it says something about Polinar’s talents and abilities when you compare the two versions and her voice hasn’t changed much over the course of a decade. If anything, her voice has just grown richer, which just adds to the song.

‘When the Smoke Clears’ by Kina Grannis & Imaginary Future (2020): A beautiful, haunting duet

Before Kina Grannis became known for her role in Crazy Rich Asians, where she serenaded Colin Khoo and Araminta Lee’s wedding with a tear-jerking rendition of Elvis’s “Can’t Help Falling in Love,” she was a popular YouTuber, with nearly 100 million views for her music. She and her husband Jesse Epstein (Imaginary Future) team up in “When the Smoke Clears” for a haunting duet that will stay with you long after the song ends.

“When the Smoke Clears,” off of Imaginary Future’s 2021 album of the same name, is a beautiful song in its simplicity. The stripped down instrumentals and simple video feature close-up shots of the couple as they harmonize about being “the last ones standing/When the smoke clears.” There’s also something about the song—from the slightly haunting sound, to lyrics like “Home/Is only an illusion of the soul”—that reminds me of Taylor Swift’s folklore era.

Ciana Pelekai began singing at the age of four, and won several singing competitions in her native Hawaii. She made her national debut on America’s Got Talent at the age of 8 with a powerful rendition of Etta James’s classic song “At Last.” Pelekai returned to the show in its eighth season, making it all the way to the quarterfinals.

I’m not going to lie, “Bluff” had me feeling old. Featuring a young Pelekai on a date at an amusement park with her boo, pining over him in her room and hanging out with her girlfriends, it’s all about adolescence and young love (she even throws aside a thick textbook in favor of daydreaming about her boy, which amused me to no end). And while I might not be the target demographic by almost two decades, the song, released as a single, had me feeling all nostalgic over those good old days. Our Favorite Music Videos to Soothe a Broken Heart 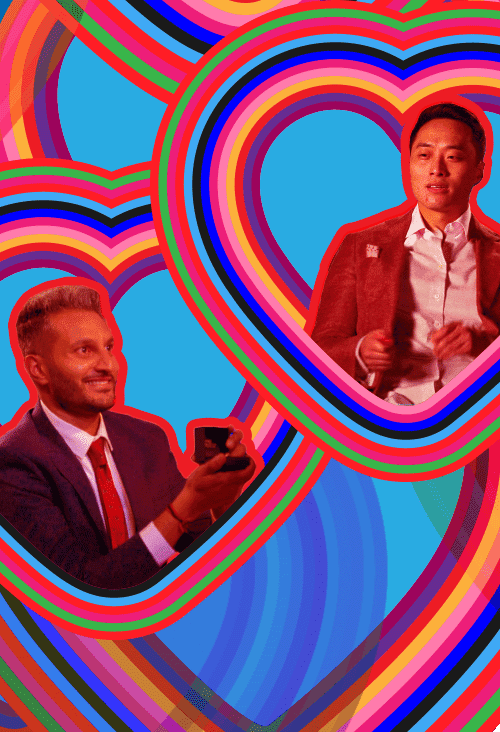 ‘It is so powerful to be an Asian woman’

Jill Chin from 'Bachelor in Paradise' sits down with JoySauce to talk about finding love, on TV and beyond