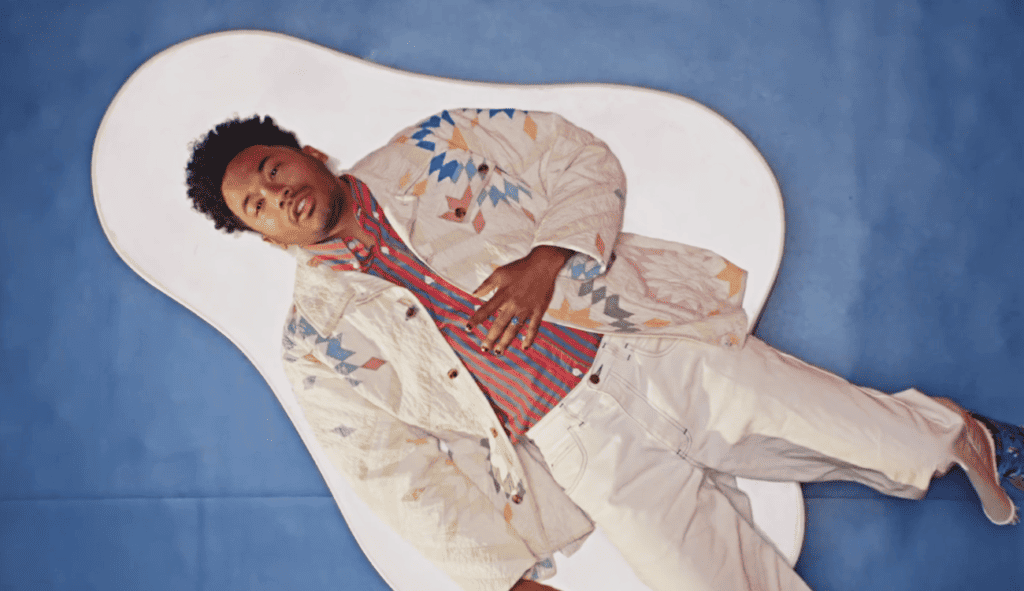 In an effort to bring you more joy, we wanted to share a few of our favorite music videos—both the coolest new releases and older clips from AAPI artists we think just don’t get enough mainstream play. This week’s theme: Chill vibes. Have a video you think we should know about? Hit us up at [email protected].

Toro y Moi’s career in music began in high school when he started an indie rock band. Born Chazwick Bradley Bundick to a Filipina mother and Black father, Toro y Moi formed a close musical relationship with chillwave artist Ernest Greene (better known as Washed Out) while he was in college. It’s music for chilling with your friends at home—the kind you’d play in the background to create a mood but not so loud you can’t hear each other speak.

“Freelance,” from the 2019 album Outer Peace, reminds me of Daft Punk’s “Lucky,” without the repetitive chorus that will make you sick of the song before it even ends. And with lyrics like “Nothing's ever worse than work unnoticed” and “I can't tell if I'm hip or getting old” it’s like Toro y Moi is speaking right to me.

Switching genres is not an easy feat for musicians, but Tomo Nakayama shows it can be done—and done successfully. Born in Japan and raised in Seattle, he’s transitioned from indie-folk to synthpop while continuing to produce music that will make you feel things.

When Nakayama released Melonday in 2020, it was a surprise to his fans who had known him as an indie-folk artist. His first two albums, Fog on the Lens (2014) and Pieces of Sky (2017) were critically acclaimed, and Nakayama’s shift to synthpop with his third album was unexpected. His overall sound reminds me a bit of The Shins—which makes sense, since he and Shins band member Yuuki Matthews have been longtime collaborators. Nakayama’s other collaborators include Jeremy Enigk of Sunny Day Real Estate, Cornelius, Shugo Tokumaru and Sera Cahoone.

There comes a time in every rom-com when the couple in question begins to fall in love. With lyrics like, “You look tough but I like you a lot/And I can tell you like me too,” Nakayama’s “Tick Tock,” off of Melonday, is the perfect song for these scenes and to fall in love to. And with Nakayama dressed in white, set against a white backdrop or under white sheets, the minimal video allows you to focus on the music as well as Nakayama’s vocals.

Born in Kyoto and raised in Seattle, Emi Meyer’s foray into music began at the age of 6 when she started learning classical piano, later expanding to jazz. Her debut album reached No. 1 on the iTunes Japan jazz chart. Singing in both English as well as Japanese, her sound has been described as a mix of jazz, blues, reggae and bossa nova. Meyer, who is half Japanese, half American, has worked with Japanese rapper/producer Shing02 as well as the southern rap group Nappy Roots. But somehow Meyer’s voice—which reminds me of 1990s ballad queen Sarah McLachlan, but more upbeat—works in both pairings.

“Soul Naturale,” off of Meyer’s 2019 album Wings, is all about authenticity, embracing who you are and doing things on your own terms rather than how others think you should be doing them. Meyer sings “When I think of all the times that I’ve been told/That I’m never gonna be something I hoped/Cuz you’re too this you’re too that/Nip this tuck that/No thanks I like my soul naturale,” as she makes her way through the streets of Nashville. She’s positively beaming and you just know she’s gotten to that place where her soul truly is naturale.