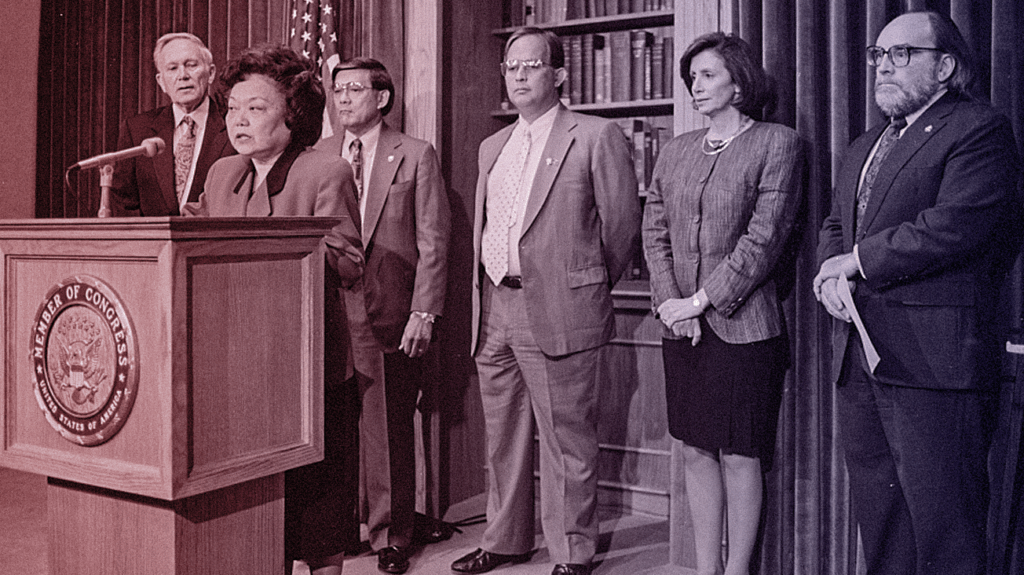 As Title XI turns 50, we recognize its main author and sponsor, the first Asian American woman elected to Congress 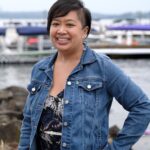 Asians have been shaping American history, culture, food, politics, identity, and more for centuries—though many of these prominent AAPI figures in history have been left out of most textbooks. Thus, we give you "The 442," a JoySauce column named after the military unit, designed to school you (in all the best ways) on accomplished Asian Americans of the past.

Over the years, the U.S. women’s teams in sports such as soccer, basketball, hockey and gymnastics have become the ones to watch. While some of these individuals participated in club sports, many got their starts in school athletics programs.

For that, you just need to turn to Patsy Matsu Takemoto Mink (1927-2002), the Japanese American U.S. representative from Hawaii behind Title IX. She was also the first Asian American woman and first woman of color elected to Congress.

The law, which prohibits sex discrimination in federally funded education programs or activities, doesn’t specifically address athletics but many credit it for providing opportunities and getting more girls and women into sports at the high school and collegiate levels. Title IX has also been used in sexual assault and harassment cases.

Although Mink drafted Title IX in 1972 with the help of Rep. Edith Green of Oregon and introduced it to Congress with Indiana Sen. Birch Bayh, it’s her name that’s become synonymous with the law — literally.

According to the National Women’s History Museum (NWHM), Title IX was renamed the Patsy T. Mink Equal Opportunity in Education Act following her death in 2002.

Mink was born in 1927 in Paia on the island of Maui. She earned a law degree from the University of Chicago Law School in 1951 and passed the bar exam in Hawaii shortly after that. However, law firms wouldn’t hire her due to her interracial marriage. So Mink went into private practice and taught business law at the University of Hawaii in Honolulu.

In 1964, Mink was elected as a U.S. representative. According to the U.S. House of Representatives’ History, Art & Archives, she was the second woman from Hawaii to serve in the U.S. House of Representatives. Aside from a return to the private sector from 1980-90, Mink served in Congress until her death. Mink died in September 2002 with her name still on the ballot that November. She won by a landslide in the election but was replaced by Ed Case, according to NWHM.

Throughout her long career, Mink overcame gender and racial discrimination. She was a trailblazer and her fight for equality for others became her legacy, even beyond the law that now bears her name. As a congresswoman, she served on the Committee on Education and Labor multiple times and introduced bills including the Early Childhood Education Act and the Women’s Educational Equity Act.

Samantha Pak (she/her) is an award-winning Cambodian American journalist from the Seattle area. She spends more time than she’ll admit shopping for books than actually reading them, and has made it her mission to show others how amazing Southeast Asian people are. Follow her on Twitter at @iam_sammi and on Instagram at @sammi.pak.