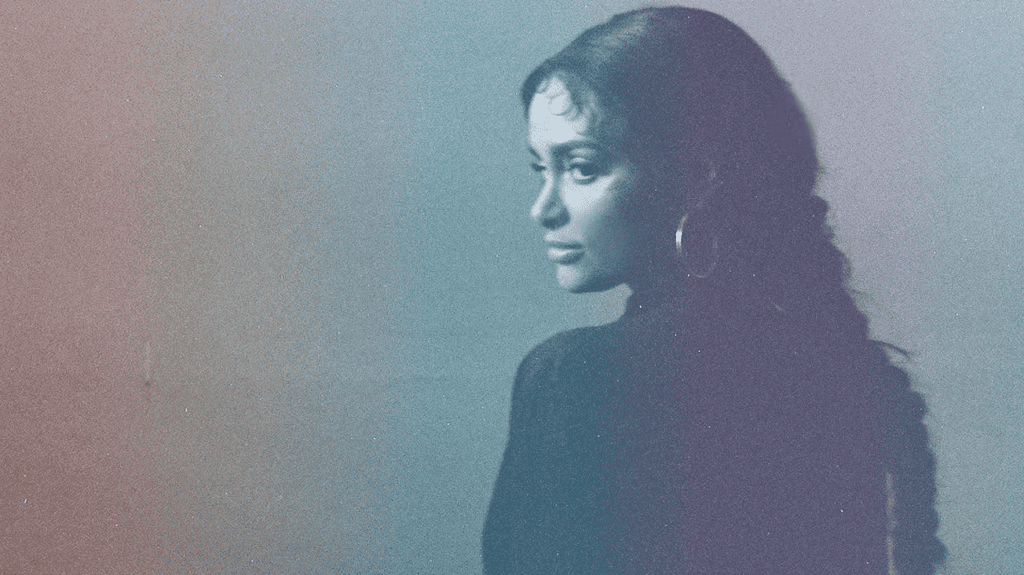 In "Altar," the artist looks at love and grief, life and death, gender identity and friendship

Photo courtesy of Jamie-Lee B. @_jamiejamster 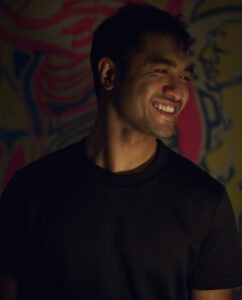 Kehlani’s music video for “Altar,” the first single off their studio album Blue Water Road released in April, opens on a shot of a broken and bloody leg. The camera zooms out, they’re wearing black chunky shoes, pushing themselves up from a gravel road littered with shards of broken glass. As the sky dims, they limp down an empty path, presumably lost, unsure of where it leads. They’re in what looks like a wraparound skirt, with a slit traveling up just above mid-thigh level, and a silver-and-white mesh top––a cute outfit you might go out dancing in. Pipe in the ominous sounds of a horror flick. Grow the shadow towering over a disheveled Kehlani. Cut to their exquisitely tatted hand opening a door, pushing through the threshold to the other side.

Love and grief, life and death, gender identity and friendship all coalesce in “Altar.” So, too, do these often drive the genre of R&B, with its pantheon of baby-making slow jams, its foundation in church gospel, a proliferation of ‘90s–early ‘00s girl groups waxing on the cycles of heterosexual romance, and an ever-shifting “sexified” femininity against a patriarchal music industry. In artist interviews and Kehlani’s recent “Altar” music video, gender non-binary and Black-Latinx perspectives offers audiences a new sense of spirituality in popular R&B, reconnecting interpersonal relationships between the living and the dead and expanding our capacity to heal generational trauma.

Kehlani, in an interview with Alicia Keys for Rolling Stone confesses, “all I write are love songs,” but that they “try to look at love from many different angles.” In a different interview with Lauren “Kittens” Abedini for her SHE/HER/THEY YouTube segment, they open up about gravitating toward lesbianism and using they/them pronouns after realizing that their past heterosexuality felt more “compulsory” than authentic. The opening sequence I describe at the outset takes up 18 seconds of video but works to ground the viewer in the matrix of wounds and concerns that Kehlani pulls from. In the interview with Keys, Kehlani illustrates that they’re familiar with the conventions of R&B, but choose to incorporate the fluidity of gender and sexuality at the forefront of every musical expression.

The broken leg and overtly feminized outfit offer a visual metaphor for the compulsory heterosexual performances they’ve had to put on in the past. The long and empty path ahead of them, the broken glass––all a representation for the psychological turmoil and messiness that often distract us and keep us from doing what feels right and fulfilling. This is 18 seconds of disillusionment, complete with horror film vibes. And what a very queer aesthetic: Not only walking around terrified in the dark, in a world consumed by the growing violence posed to us queer folks, but even feeling like the monster who lurks in the shadows ourselves. The monster who can’t see their own reflection in the mirror. Kehlani is setting the viewer up, through visual metaphor, with a gender hierarchy that in many ways harms them, and perhaps exacerbates a community’s will to thrive.

Fortunately, in “Altar,” Kehlani does find their reflection looking back at them. The video continues, and it’s as if they’ve entered an entirely different realm, perhaps a liminal space, an altar the centerpiece and Kehlani in an outfit change, the actual song and lyrics wiping away all that wounds and horrifies. They’re donning a different white top, this time with ruffled and pleated long sleeves, flowing at their sides, with robin-egg-blue pants. Their hair has changed too, with two long and neat braids, one draped on each shoulder. This ensemble is a take on the Madras or Chiapas dress, a Spanish-influenced garment. Coupled with the braids, they calls to mind a Regla de Ocha, or Santería, oricha––a supernatural deity and intermediary with roots in Yoruba religion.

Kehlani tells Keys that their practice in Regla de Ocha has helped shape their relationship with grief––the altar a major component of worship. The religion is a cultural exchange from Afro-Latinidad during the slave trade, a hybridization of Yoruba rituals and Catholic saints, and whose practitioners are growing in North America.

In a separate interview with The Breakfast Club at Power 105.1 FM, Kehlani tells Charlamagne tha God that during the pandemic five of their friends, all under the age of 28, passed away due to “freak events,” some related to drug use. They add, “this song is for them…so much of healing is about taking care of the ancestors, [being] able to maintain the relationship with people who passed on because of the work you put in on this side. By venerating, keeping them fed, or offering them things to light them and guide them. Putting the time in and developing a discipline with it.” In the song Kehlani sings, demonstrating the spiritual machinations of the altar:

If I set a flame and I call your name

I'll fix you a plate, we can go to dinner

I can smell your perfume

Keeping you alive and I do it 'cause I want to

In the video, we see the offerings. We watch as the spirit, played by Diovanna Óbafunmilayo Lábeija, and Kehlani dancing in a mirrored sequence, never touching. The spirit also spins and glides about the room, playfully taking fruit off a plate. As co-director, Kehlani wanted to depict an enduring presence, one that they might not see but surely feel. They’re showing us that the people of the past are still with us.

A culture driven by capitalism and sexism works to sever and obfuscate these ties, while institutional violence sanctions the death of minoritized groups.

In questioning the gender binary, so too do they question the binary of life and death, showing us what it looks like to care for and tend to our ancestors.

The wounded leg has healed, allowing Kehlani a kind of mobility; they dance in concert with loss. This is a sense of wellbeing found in the reconnection across spiritual and earthly realms. Creating a space where the two can meet gives us agency to live fuller lives. Increasingly, we’re getting good at locating and identifying what generational trauma is, but we still have a difficult time deciding what to do about it. In a racial imaginary that picks bodies to pieces, being our fuller selves gives us the capacity to think and do resistance work in multimodal ways. Taking care of our ancestors means taking care of ourselves and our communities enough to continue that work. This Is the Future of Sex Ed (We Hope)