Forty eight years after the strike, a little history lesson on an immigrant-led revolution

In July 1974, 135 workers walked out of the Jung Sai garment factory in San Francisco’s Chinatown.

On July 15, 1974, 135 workers walked out of the Jung Sai garment factory in San Francisco’s Chinatown. The group, made up predominantly of Chinese immigrant women, went on strike to demand better working conditions. Their organizing was successful—resulting in gains for the workers and inspiring activism among immigrants, which was uncommon at the time.

During the late 1960s and early 1970s, San Francisco’s Chinatown was filled with garment manufacturing factories. These were owned and run by individual contractors who mainly relied on immigrant labor, and thanks to the laws of supply and demand—specifically, an abundance of contractors vying for limited jobs from manufacturers—factory owners were pressured and encouraged to put in low bids. This meant the major clothing companies could just pass over factories where wages were higher in favor of those where workers were paid less.

The Jung Sai factory was owned by Douglas Tompkins and produced clothes for Esprit de Corp, a brand known for its youthful fashion. The workers were harassed, intimidated, and generally disrespected by Tompkins and upper (white) management. They faced line speed-ups, a lack of breaks, and low pay. One of the worst violations, according to the American Federation of Labor and Congress of Industrial Organizations (AFL-CIO), was the daily toilet paper rationing of two rolls for all 135 employees. In addition, workers with experience were often fired and replaced with cheaper, less skilled laborers. Anyone who could speak English was also fired because they were seen as threats, and the workers were rarely allowed to speak with white, non-Chinese-speaking management.

The call to strike began July 4, 1974, when four workers—Lily Lee, Lam Bick Chung, Nam Hing Leung, and Frankie Ma—distributed and collected union authorization cards. Most workers were supportive, but factory management hit back. They fired Ma (who spoke the best English among the pro-union leaders) within the week, and pressured and retaliated against the workers. Tompkins, who was strongly anti-union, also held a meeting with the workers on July 12, during which he threatened to close the factory if they unionized. He said he would pay them more to not join or form a union, according to the National Labor Relations Board. Tompkins’ threats didn’t work. The vote to strike came the next day and the workers walked out on July 15.

Tompkins followed through with his threats. Two days after the walkout, he locked the workers out and closed the factory. In addition, a driver working for him hit several protesters with their car, police harassed them—dozens of protesters were arrested—and refused to call an ambulance until they were forced to.

The strike didn’t happen in a vacuum. It was part of a larger movement of Asian American activism in the Bay Area, which included demonstrations for ethnic studies in colleges and low-cost housing for the elderly. In the book “​​Ten Years That Shook the City: San Francisco 1968-1978,” writer Harvey Dong shares an essay about the strike, saying that almost from the beginning, it had widespread public support from community, student, and working-class populations throughout the Bay Area.

To garner more support, the protesters also organized a 30-car caravan to drive through Chinatown to inform people of their working conditions.

In turn, the Jung Sai workers stood in solidarity with others throughout the city who were fighting similar battles. Their actions not only energized a grassroots movement among Chinese immigrant workers, they also encouraged Chinese immigrant women—long viewed as passive workers ripe for exploitation—to take on leadership roles in the movement.

Tompkins and Esprit de Corp refused to do anything until December 1975, when they were legally forced to. A judge ordered them to reopen the plant, hire back the workers, and pay them back pay. Despite these orders, the company still used legal maneuvers to delay the payouts for more than four years. Eventually, it was forced to settle, and according to AFL-CIO, the average settlement for the workers ranged from $8,000-$12,000. 442: The Voice of the Asian American Movement 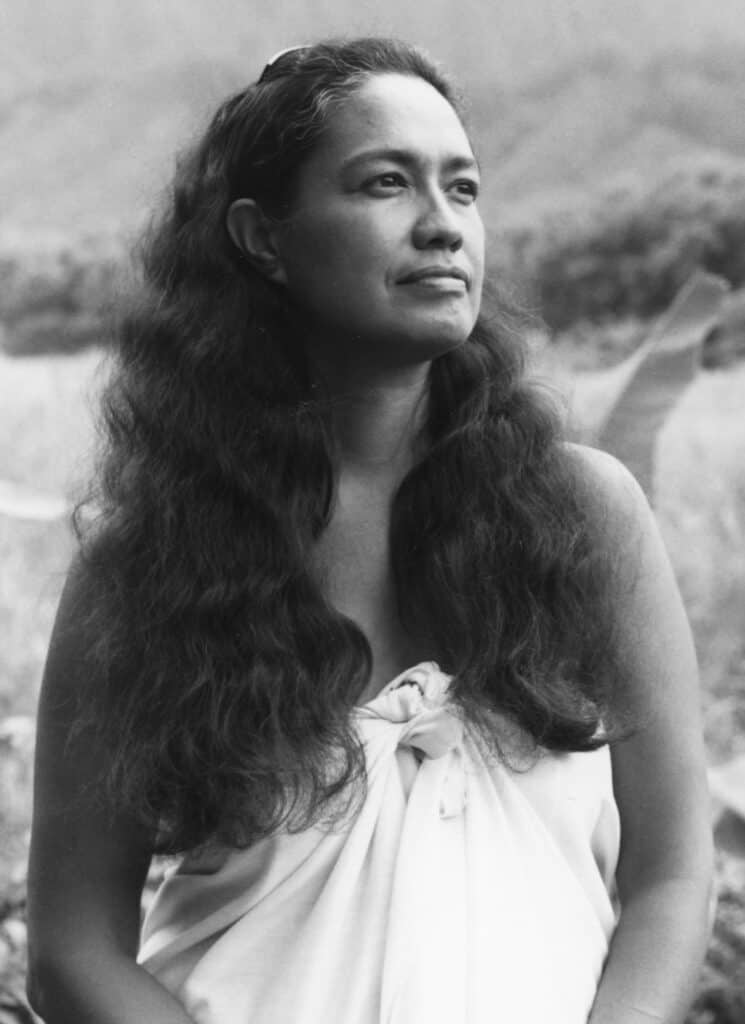 A year after her death, we look back at how Haunani-Kay Trask became a leading voice in the Hawaiian sovereignty movement