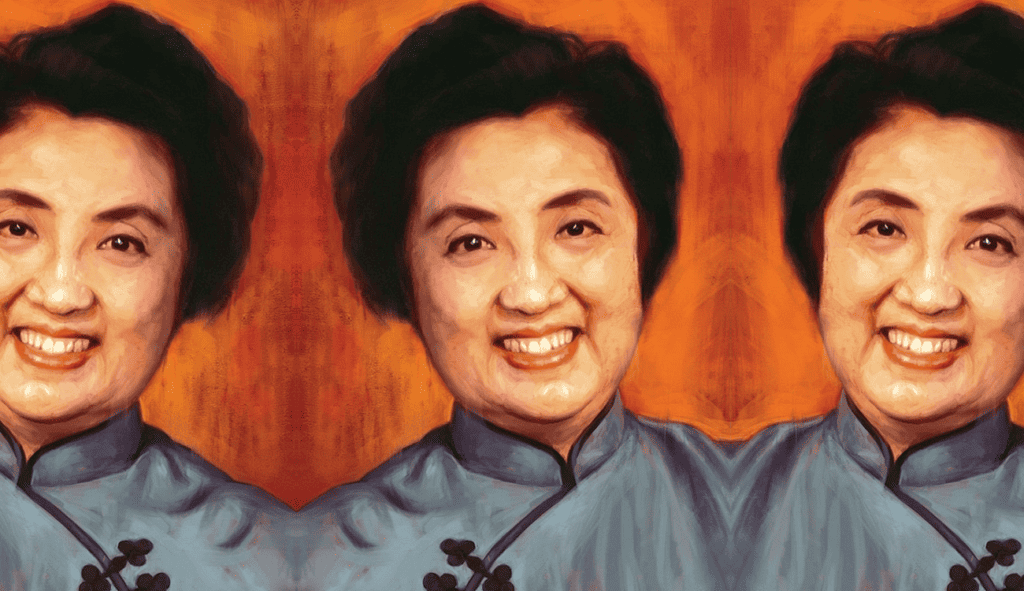 In 2014, Joyce Chen was one of four celebrity chefs honored by the United States Postal Service as part of its Celebrity Chefs Forever line of limited-edition stamps.

In the American food pantheon, Chinese food has become a ubiquitous part of the culinary landscape. This is thanks, in part, to Joyce Chen (1917-94), one of the women who is credited with popularizing Chinese cuisine in the United States in the 1960s (the other being Cecilia Chiang) and was the first woman of color to host her own nationally syndicated cooking show.

Born in Beijing, Chen immigrated to the United States in 1949 with her husband, son and daughter. The family settled in Cambridge, Massachusetts, where Chen’s third child—and second son—was born.

Chen first began introducing Chinese food to the white American families at her children’s school. For one event, she baked pumpkin cookies and made egg rolls. At the end of the day, Chen returned to the school to find the egg rolls gone. As the mother of the only Asian American children at a predominantly white school, she worried “no one had even dared to touch them, that other mothers had put them under the table to hide from view, or, worse, had simply thrown them out,” according to Food52.

It turned out to be the opposite. The egg rolls had sold out within an hour of the event and Chen was even asked to make more.

Until then, cooking had been only a hobby for Chen. According to Food52, she worked as an insurance broker in China, but grew up making pastries alongside her family’s chef. When she arrived in the United States, she fell into the role of a housewife.

That school event marked the beginning of Chen’s professional culinary journey. She opened the first of four restaurants (three called Joyce Chen Restaurant and one called The Joyce Chen Small Eating Place) in 1958 in Cambridge. That first Joyce Chen Restaurant remained open until 1971, while the other two restaurants of the same name were open from 1969-1974 and 1973-1998. The Joyce Chen Small Eating Place was open from 1967-1988. On joycechenfoods.com, her son Stephen writes that through those restaurants, Chen met and developed relationships with well-known people ranging from chef Julia Child, to former U.S. Secretary of State Henry Kissinger. Chen also began teaching cooking classes in Cambridge and Boston at local adult education centers. In 1962, she self-published “The Joyce Chen Cook Book,” which was rejected by publishers because of her insistence on colored photos of the food—a standard nowadays, but back then, publishers thought no one wanted colored photos of food.

Chen also introduced traditional Chinese dishes to customers by incorporating them into her restaurant buffets. Prior to this, Americans’ ideas of Chinese food were limited to chop suey and fortune cookies. Her restaurants offered only one menu, in both English and Chinese, and simplified communication between Chinese and non-Chinese restaurant workers by numbering the menu items—two practices many restaurants have since adopted.

A peak highlight of Chen’s career was “Joyce Chen Cooks,” a half-hour program that aired 26 episodes on WGBH, the local public broadcasting station in the greater Boston area, between 1966 and 1967. When it became nationally syndicated, Chen became the first woman of color to host such a show. According to the station’s archival site, Open Vault, Chen touched on Beijing, Shanghai, and Szechuan cuisines—offering audiences a more “upscale and more adventurous experience” beyond “middlebrow American Cantonese cuisine”—though still serving more familiar Cantonese favorites. She also translated “exotic, even challenging fare into acceptable, even comforting, Americanizing terms.” The most well-known instance was coining the term “Peking Raviolis” for potstickers.

This Americanizing of Chinese dishes showed that when it came to authenticity, Chen was less about purism and more about gently introducing new foods to people. According to Food52, Chen believed eating a people’s food could be someone’s first encounter with that culture. She wanted to share Chinese culture with others, but also understood both the “fickle nature of American cravings, experimentative only within boundaries,” as well as the difficulty of finding Chinese ingredients at that time.

Chen was diagnosed with dementia in the mid 1980s and died in 1994 at the age of 76. In 2014, she was one of four celebrity chefs honored by the United States Postal Service as part of its Celebrity Chefs Forever line of limited-edition stamps.