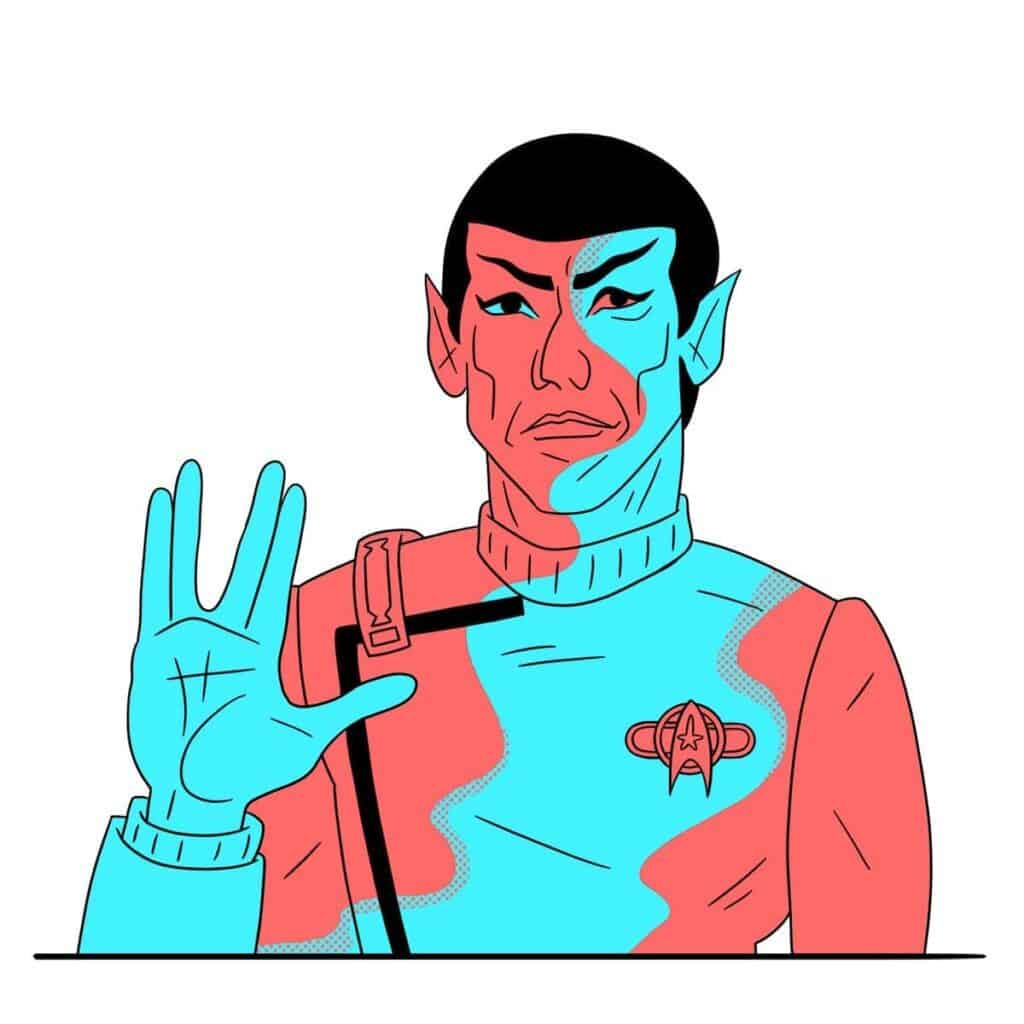 Between Worlds, Fantastic Half Breeds in Pop Culture

The importance of mixed representation goes beyond earthly characters 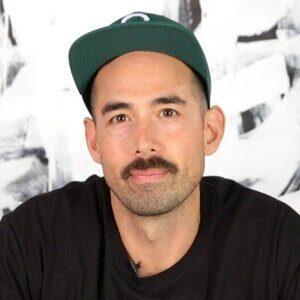 Words by Will Varner 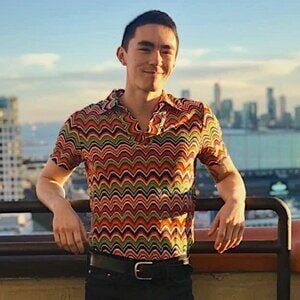 Seeing yourself reflected in popular culture can have a huge impact, especially when you’re a kid. As a mixed-race child, used to being so under-represented in media, seeing a character who is also mixed can be electrifying!

This extends not just to earthly mixed-race characters but beyond, to those characters who are the blending of different worlds! Sci-Fi and fantasy have always used encounters with magical creatures and other-wordly aliens to process real world feelings about race, culture, and ethnicity. This wasn’t lost on us. We recognized ourselves and our unique Hapa struggles in these stories.

Take a look back with us at some of these unforgettable half-breeds and what we learned from each of them. One of the most iconic characters in all of modern pop culture is Captain S'chn T'gai Spock. Through numerous TV series, movies, comic books, games, and other iterations of the Star Trek mythos we’ve been inspired by his endeavor to balance logic with emotion, a conflict borne from his mixed-race status. His struggle to reconcile his Vulcan and human sides is only one aspect to his fascinating story, but an important one.

I LOVE Spock. The suffering he endured from Vulcan bullies as a child, bigoted adults, and at the hands of his “open-minded” Federation co-workers has always felt way too familiar.

The fact that Vulcans were based heavily on Japanese and other Asian cultures was no secret either, and in the 70s and 80s, when I was so starved for any kind of sympathetic representation of my Asian side, Spock was at least a surrogate.

His experiences demonstrated that when you don’t fit into the strict confines of delineated cultures you can sometimes find extraordinary success in the space between. He showed me that understanding my mixed nature, and how I related to each part of my identity, could evolve and change over time and on my own terms. Through the years it is remarkable that this half-breed never felt half, but whole, fully-realized and complete. Steven Universe is a more recent addition to the pop culture mix, but in no time audiences fell in love with this unique series and character. Being half human and half gem, he’s met with constant internal and external conflict as he tries to live his best life as a human kid but also defend the human race from corrupt gems attempting to colonize the earth.

Steven, to me, is such a relatable character. Throughout his adventures he meets gems that hail from the Gem Homeworld, and their comments about him feel familiar. He’s neither a gem nor a human but something in between. Something new. Being mixed-race, I’ve been told that I’m too Asian to be white, but too white to be Asian. This made family reunions confusing for all involved. I found solace in Steven and his acceptance of both parts that make him whole. Watching him embrace what makes him unique taught me to embrace myself, too! Half-mortal and half-witch Sabrina, is raised by her magical aunts but (sometimes) goes to a mortal high school and hangs out with a close group of mortal friends. In Netflix’s most recent adaptation of Sabrina’s story, Chilling Adventures of Sabrina (based on the comic book version of the same name) the big dilemma is set up right away. On her sixteenth birthday will she choose the mortal life of her mother’s side or the witch ways of her father’s family?

For many of us who are mixed-race we recognize that pressure to choose one side or the other. And we also understand how difficult (if not impossible) it would be to actually do so. And like us, Sabrina resists and in her navigation of that middle space she finds innovative solutions that benefit witches and mortals alike. As she learns to move confidently between both worlds we are encouraged to also defy the often arbitrary and artificial barriers set up between our inherited identities. With a father from the land and a mother from beneath the waves, few characters metaphorically embody the dysphoria that comes from being mixed-race as powerfully as Arthur Curry a.k.a. Aquaman. He is a half-fish in (and out) of the water.

Ironically, Aquaman grows up separated from his Atlantean mother and her underwater culture. He’s often emotionally estranged from her and the relationship is…well... fraught. However, he still needs to get back in the water on a regular basis, and he gains a lot by getting in touch with his mother’s culture.

The King of the Seven Seas showed me that yes, parents can be annoying (terrible even) and let you down, but that doesn’t mean you can’t have a powerful connection with the part of you that came through them.

The casting of Jason Mamoa, a Hapa, and other Hapa actors to be the onscreen face of Aquaman feels oh-so-right to me. Aquaman has ALWAYS been multiracial so why not reflect that more clearly in the actor who plays him? No-brainer. Bred as a tool to surpass all other heroes, Shoto is the son of fire and ice manipulators; his father Endeavor is the second strongest hero in Japan but really wants to be number one. He’s so obsessed, that he abuses his wife and their son, Shoto, in order to live through his son’s successes.

Shoto...my icy hot child. I don’t think my dad was as shitty as his (purposely breeding with someone to create a perfect being.) I also had a tumultuous relationship with my father, to the point that at times I hated my white side, and seriously looked into changing my last name! Shoto learns to accept the power he inherited from both his parents, through the encouragement of a friend.

Similarly, a friend’s comment that my mixed heritage can be seen as the best of both worlds helped me to not resent my European side, though my feelings towards my father remain complicated. In the spring of 1984, every kid I knew was watching V: The Final Battle miniseries, and the biggest must-see moment wasn’t a battle. It was a birth. When earthling teenager Robyn Maxwell, who was impregnated by her fascist lizard alien boyfriend Brian, went into labor we were all glued to our TV sets. We were NOT PREPARED.

The babies were twins, one female, one male. One looked like a human, except for a snakey tongue, and the other looked like ...a snake. The female more human appearing child was Elizabeth Maxwell The Starchild.

The delivery scene was deeply troubling and the message to my young mind was: when races mix the results will be UNHOLY. However as the series went on young Elizabeth becomes the key to saving the day and defeating the alien invaders! Sadly her scaley sibling did not survive longer than a few hours. V taught me that there may be a high price to pay with “unnatural” mixing, but the benefits may be high as well. Enter the American Dragon! He’s a half Chinese, half American teen who can transform into a dragon. Receiving dragon training from his Chinese Grandpa, Jake is responsible for protecting magical and non-magical inhabitants of NYC.

I haven’t thought about Jake Long since like... middle school! Jake is the ultimate halfie; he’s a Hapa kid who is also part magical! But the magical stuff, including the whole dragon transformation thing, is kept a secret from his father. Jake is constantly pulled away from his everyday non-magical life to hone his dragon abilities with his grandpa. In hindsight, it reminds me of how I’d always visit my mom’s side of the family without my dad, getting more in touch with my Chinese side, but sadly not having the same experience with my father’s family and culture.

The son of a human witch and the devil, Hellboy is raised by a human scientist with his own agenda. Under enormous inter-dimensional pressure Hellboy remains determined to chart his own course in life; pretty impressive when your overbearing dad is the Father of all Lies and the fate of all life on earth hangs in the balance.

Growing up on earth, apart from his demonic side, left Hellboy with some serious body issues. He regularly files down or saws off his always-growing demon horns to appear more human. I’ve often felt a similar dissatisfaction with my own body. Body image is so complicated for anyone, but I feel that being multi-racial gave me added pressure. I didn’t check the ideals for A or the ideals for B. I used to long for curlier hair so I would look more Native Hawaiian. I waxed my body because I thought Asians shouldn’t be so hairy. At other times I wanted rounder eyes so I would look more Caucasian. I didn’t file anything off, but I can definitely sympathize with Hellboy for doing so. The wizarding world, like our own, clearly has some serious hangups when it comes to blood purity, and if we had a knut for every time Harry Potter was called, “filthy half-blood”... we still wouldn’t have a galleon. But it does happen a lot. The Boy Who Lived and his mortal enemy He Who Shall Not Be Named both showed us how being born mixed-magical status, like being multi-racial, can be tough.

Though both struggled with their half-blood identities Harry was able to maintain a grounding and concern for both parts of himself, while Voldemort denied his muggle father and even developed a corrosive hatred for all muggles. Harry ended up saving his friends and family, and Voldemort ended up as a sad and lonely ghost fetus in limbo. Moral is: trying to cut off parts of who you are, like it’s a horcrux, can leave you in a sad, stunted place.

Though never a perfect match for our actual Hapa experiences, these characters demonstrate how powerful good storytelling can be in shaping how we perceive and navigate our own quests for identity and mental well-being. While it’s really heartening to see much more representation of real-life multiracial people in popular culture these days, something tells us we will always want part-aliens, part-robots, part-wizards, and other fantastic mixed-up characters to cheer for and geek out with!

This story was originally published on Mixed Asian Media in September 2019.

Words by Will Varner

Will Varner is an illustrator, writer, art director, who tells stories drawn from his queer, Mormon, nerd, Hapa, and generally mixed-up identity. He grew up in Azusa, CA and now lives in New York City. He is currently teaching at NYU Game Center and SVA. You can follow him on Instagram @willvarnercomics and on Twitter @willvarnerart.

Cody Silver is an artist and thirst trap hailing from Southern California. He's currently navigating New York City and is doing alright. You can follow him on Instagram @silver.cody and @silversketchbook.