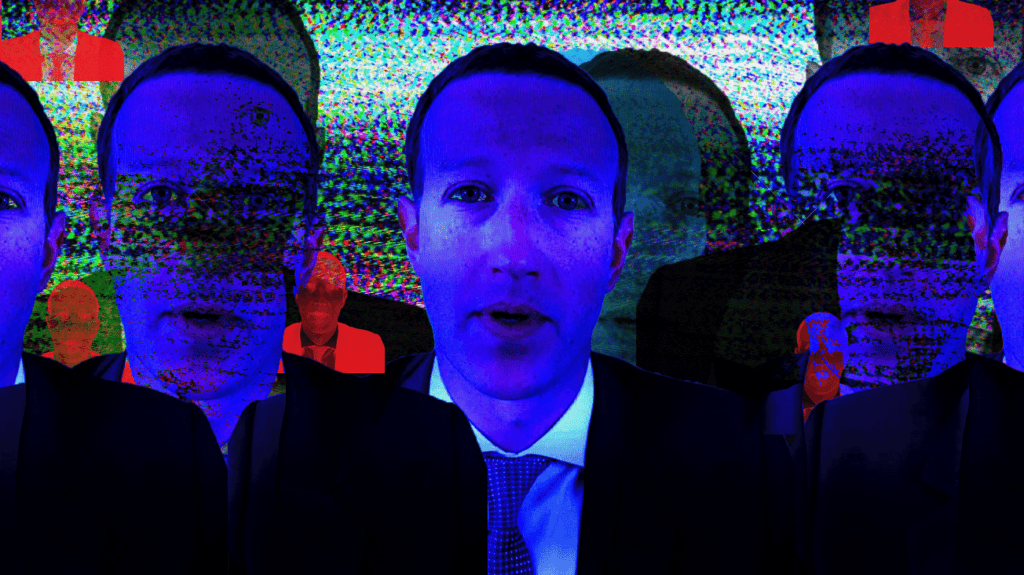 In this week’s Nguyeners and Losers column, Stacy Nguyen airs out her beef with Meta and its head honcho

Instagram recently announced that every video post shorter than 15 minutes will be shared as Reels in the latest move to shift Instagram from a photo-sharing app to a video-sharing app.

You might be wondering why Instagram is now trying to be a video-sharing app. The answer is that its parent company Meta has been losing money (LOL!), and it has been jealously watching TikTok’s growth explosion. Meta saw how TikTok was killing it, and it was like, “We can do that! We can amass new users via a video platform and then squeeze their pocketbooks and brains dry like a sponge, bwahaha!” and then went about doing so like a super villain, blatantly and repeatedly ripping off TikTok.

Blessedly so far, Meta has been unable to replicate TikTok’s magic. Maybe because it’s hard to identify what will actually resonate in human hearts when you don’t have a soul.

Whether Meta will be successful in the long run remains to be seen. Personally, I really want Meta to fail so hard that Mark Zuckerberg has to become a contestant on the 2032 reboot of I’m a Celebrity … Get Me Out of Here!—you know, to rehab his public image. I would really love it if he cried in a confessional while ranting that nobody gets him.

Maybe because it’s hard to identify what will actually resonate in human hearts when you don’t have a soul.

My speech is hateful on purpose

You might be like, “Stace, why are you so cruelly rooting for the downfall of this billionaire megalomaniac? What did he ever do to you! He seems nice!”

Uhhh, so last week, I opened my Instagram to see a well-worn, exhausting, and very threatening warning pop up. The message said that if I don’t stop spewing hate speech for the gazillionth time, they are going to delete my account and take it away from me. To prove they are serious, they revoked my ability to do sponsored posts until at least October 2022. One time I was struck down for hate speech because I shared a race-bending illustration I was working on of Snow White and maaay have described the character as a "white bitch." Instagram was not happy.

The “hate speech” I keep getting dinged on is really due to the fact that my antiracism and feminism are so intersectional.

First: Joke’s on Zuckerberg. Revoking sponsored posts does not affect my livelihood at all, because I don’t have many friends or any sphere of influence. Second: The “hate speech” I keep getting dinged on is really due to the fact that my antiracism and feminism are so intersectional. I sometimes write stuff like “Chet is being such a white bitch OMGGG,” in my Insta stories in order for my five friends to get a good tableau of what Chet’s all about. And Meta and Zuckerberg are always such dicks about it, trying to muffle my self-expression and activism by threatening to delete my account.

And I don’t want to lose my account! It was the only way I was able to avoid the throes of depression, by using it to DM with my five friends during this pandemic!

And he is not nice!

It’s sometimes majorly awkward to witness out-of-touch adults use militaristic jargon when talking about a company that holds the entirety of your Candy Crush high scores, one that also created hella fucking racist AI.

During a recent company call, one of Zuckerberg’s employees, Gary from Chicago, piped up during a Q&A (in a pre-recording) and asked if Meta will still give them these vacation days they got used to getting during the pandemic.

Zuckerberg was basically like: READ THE ROOM, GARY! THE DAYS OF CODDLING YOU WITH WORK-LIFE BALANCE IS OVER!

Some employees, probably the emotionally stunted ones with fraught relationships with their dads, were like: “This is war-time, we need a war-time CEO,” and “Beast mode activated,” as other colleagues internally cringed—because it’s sometimes majorly awkward to witness out-of-touch adults use militaristic jargon when talking about a company that holds the entirety of your Candy Crush high scores, one that also created hella fucking racist AI.

Other employees are probably pretty disillusioned with Meta. I mean, how could they not be? There’s currently a worker shortage to show us how much people are fed up with the pre-pandemic modus operandi. Workers are less inclined to pointlessly bust ass so that a billionaire further lines his pockets. Workers are also asking for more for themselves and their families, like flexible work schedules and better pay. I’m cautiously optimistic that Zuckerberg playing hard ball (like he thinks it’s still 2019) isn’t the silver bullet for him.

I’m also optimistic we’ll look back on this time in about 10 years, on the eve of the series premiere of I’m a Celebrity … Get Me Out of Here!, and we’ll be able to pinpoint this moment as the epicenter of Meta’s spectacular self-induced implosion.

I’m so excited for this future series to open up with something like: