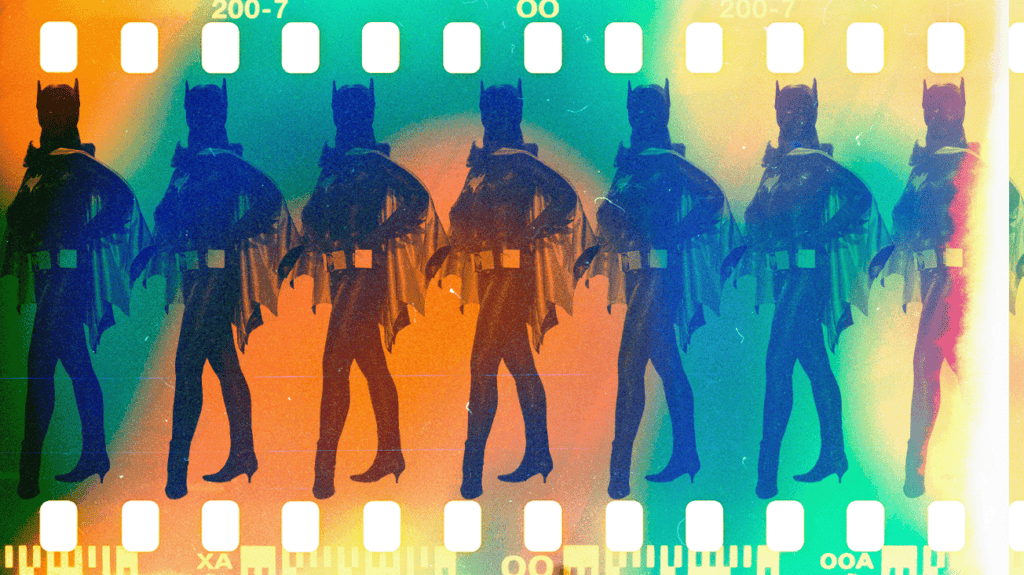 ‘Batgirl’ canned, people of color screwed over, but at least white people are okay!

Meanwhile, despite its problematic lead, “The Flash” is still set to be released

Earlier this week, directors Adil El Arbi and Bilall Fallah talked about how they don’t have any footage of the canned Batgirl movie because after getting the boot from Warner Bros. Discovery, they found that the pink slip they had been given also meant their access to Warner Bros. Discovery servers got shut down, immediately.

You know, I really related to this, from my small corner of the universe. Years ago, I was unexpectedly laid off from my graphic design job. My boss at the time was directed to do it because of larger cost-cutting measures that trickled down from bigger leadership. (In the same vein, Variety reported that Batgirl got shelved because its budget increased from $75 million to $90 million due to the COVID-19 pandemic and not releasing it allowed the studio to take a tax write-down to recoup costs.)

On the day I learned that I no longer had a job, I also had to immediately hand my computer over—with all of my work on it—without any time to pull any files to keep. My email got shut down. My access to the server was severed. And I wryly remembered that my employment agreement with the company stated that everything I created—like every creative output that came out of my brain during work hours—didn’t belong to me. For the very average salary they paid me, they owned my shit. And they weren’t even gonna do anything with it. They were just gonna sit on it, and not let me have files I had made anymore. It felt cold and punitive.

Now, files of trade show booth designs don’t even compare to what it must feel like to lose an entire movie. Us non-movie-makers can only extrapolate and try to empathize how it feels to have that kind of creative rug pulled out from under you (during your wedding celebration, no less!)

Here’s what we have lost from this:

We are missing out on a Dominican American actor playing a role that has traditionally been repped by white women across different media.

(I’m talking only about Barbara Gordon, nerds. I see you, Cassandra Cain stans!)

Leslie Grace was slated to star in the titular role, and I am so bummed we won’t get to see her version of this character. Prior to this Batgirl dumpster fire, Grace was perhaps best known for starring as Nina Rosario in Lin-Manuel Miranda’s film adaptation of In the Heights.

We are missing out on another chapter of Brendan Fraser’s super riveting comeback story.

Fraser was on deck to take a turn as Firefly, a refreshingly grounded villain who is not an alien and does not have superpowers.

Fraser first came into our consciousness with Encino Man and then The Mummy franchise, but then he faded away from public view around 2003. In a 2018 interview with GQ, he admitted that he became depressed and receded because he said he was sexually assaulted by former Hollywood Foreign Press Association president Philip Berk.

Obviously, such an admission got him a lot of ridicule and mockery from assholes, but releasing the demons also seemed to be a bit of a turning point for him. He started acting more, and he is starting to rake up awards and recognition for his work in the Oscars-buzzy The Whale. Yet, I am still bummed that we don’t get to see his villainous turn as a pyromaniac with ingenuity and rage issues.

I don’t even know what the DCEU is doing with its life because it has shelved footage of Michael Keaton reprising the role that made him ultra-famous, the role that I watched over and over again and got nightmares from because Batman Returns really shouldn’t have gotten an R rating, man (Proof: this cranky 1992 review from the Orlando Sentinel, which said “Batman Returns is basically about a bunch of psychotics who can’t deal with their problems and spend most of their time hurting or trying to have their way with each other.” LMAO.)

Anyway, there’s a sky-high nostalgia factor over seeing Keaton in the cape and cowl again. And we have lost that. (Though we may see him be Batman elsewhere, but don’t even get me started on that.)

Here’s what we have ‘gained’:

We have gained mooore superhero movies starring problematic white people who have been publicly accused of kidnapping and grooming an Indigenous minor and starting a cult!

But Ezra Miller apologized for the misunderstanding and made excuses soooo … shrug, I guess.

I like how a movie starring a white person playing a character who is a white male is getting all of the grace and leeway in the world—but a movie with a woman of color who hasn’t been accused of starting a cult got scrapped. Fair.

Anyway, I refuse to watch The Flash when it comes out, so will someone please pull out all of Keaton’s scenes and splice them together before uploading to YouTube for me? I do not want to see any bit of Ben Affleck as Batman or Miller as the Flash, unless they are all in a scene together with Keaton, in which case, I will tolerate it. Okay, thank you!

I am not joking on this one. I really do think it’s beautiful that DC Films President Walter Hamada seems like he’s on the brink of kicking over cubicles and insulting people’s mothers on his way out of his joint.

Hamada came to DC Films in 2018, lulled by these romantic promises that he could do kickass multiverse content. But with the new reality-show-centered direction that Warner Bros. Discovery wants to take HBO Max, Hamada has learned it was all truly pithy lies. Reportedly, he nearly quit over this whole Batgirl fiasco, but he’s sticking on for now, for Dwayne Johnson. Which is understandable—I get doing it for Dwayne.

The fat-shaming Alicia Silverstone experienced during her turn as Batgirl: Loser

Running a Cult out of an Airbnb: Loser