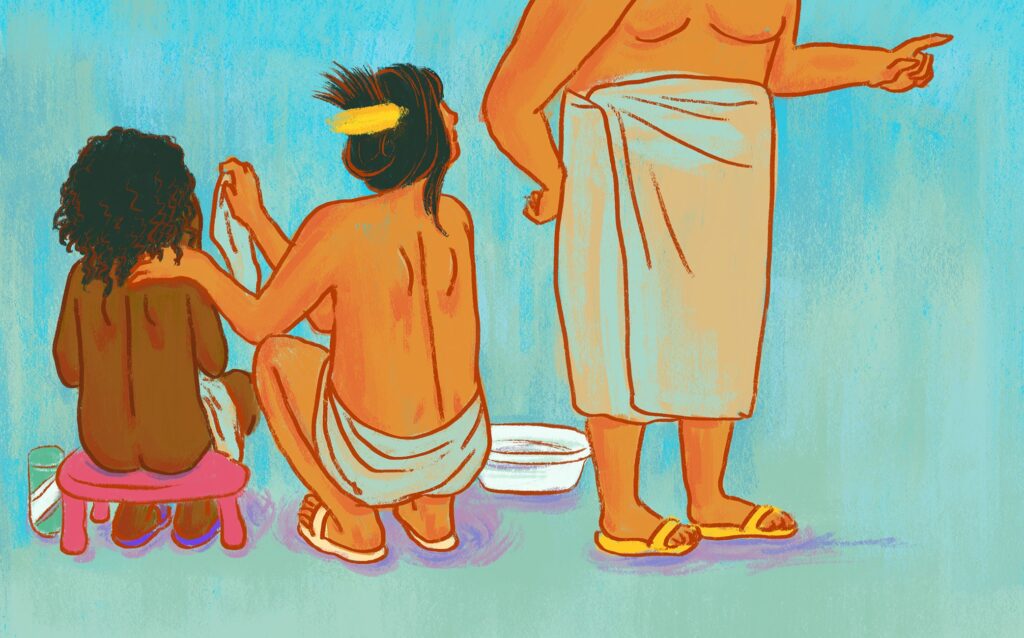 Scholar Sarah Phillips on how bilingualism, rather than assimilation, is the key to a balanced multicultural identity 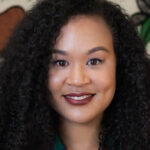 One of my favorite songs is “Black Happiness” by Yoon Mi-Rae. I remember that I struggled with my multiracial identity a lot when this song came out in 2007. I was a senior in high school and about to move away for college. Like anyone else, I internalized deeply the way people treated me based on how I looked. I always surprised people whenever I spoke Korean (even though my mother taught me Korean from birth), and I was always complimented on being “articulate” whenever I spoke English (even though I knew that what they were really saying was that I was “articulate for being Black”). Because Yoon Mi-Rae is also Black and Korean, her lyrics helped me understand that I wasn’t alone. For more than a year, I would listen to the song on repeat for hours just to hear this part:

My tears melt away the white soap

I feel hatred deep inside for my black skin

Why oh why does this world judge me?

Whenever the world hates me, I close my eyes

I hated that people around me would put me in a category that was convenient for them. Because race is a pervasive concept in the U.S., it was easiest for people to label me as Black because I look Black. But I’m not only Black.

As I listened to the song, I would close my eyes. I would relive my earliest memories of being bullied into conforming. I remember the day my mom packed kimchi for my lunch when I was in the first grade. As soon as I cracked open my lunchbox, the smell of fermented cabbage gave me away. I felt my face turn hot. When my mom stopped by my classroom after lunch (which she did often because she volunteered for my school), she asked “점심 다 먹었어?” (Did you eat all of your lunch?) Asking me in Korean was her way of asserting that she is Korean; and that I, too, am Korean. Before I could answer, I heard “Ching chong wang! Ching chong wang!” One of my classmates had been spying on us and proceeded to tease us while pulling the corners of their eyes as tightly as they could. I told my mom, “I don’t wanna speak Korean anymore.” 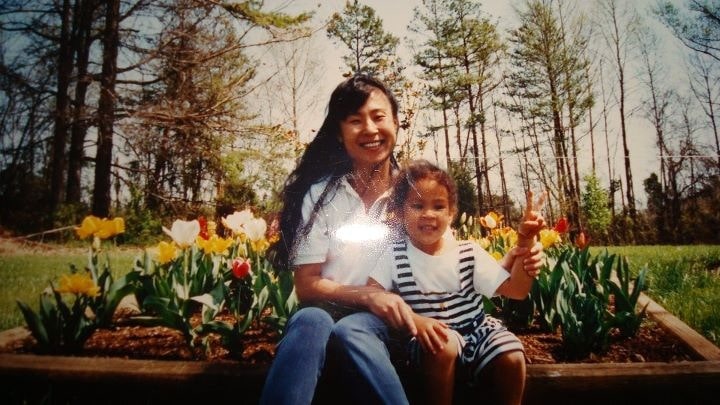 The author and her mom

I didn’t speak Korean for a while, and it wasn’t hard to find other Asian American kids at school who didn’t speak their heritage language, the language of their parent(s), either. In fact, more than half of Asian Americans (people who were born in the U.S. to at least one ethnically Asian parent) only speak English, according to the 2019 Census data, compared to the approximately 85 percent of Asian immigrants, like my mother, who primarily speak their native tongues. The numbers seem to suggest bilingualism is difficult to achieve, and that it is par for the course for American-born Asians to be monolingual English speakers. Given how different Asian cultures are compared to mainstream white American culture, it can certainly seem like relief for young Asian Americans to not become vessels for their inevitable clash.

I told my mom, “I don’t wanna speak Korean anymore.”

Dr. John W. Berry, Professor Emeritus of Psychology from Queen’s University, says that in order to cope, immigrants pick an acculturation strategy. One is assimilation: to deny or reject the minority culture (the Asian culture) in order to more closely identify with the more socially dominant culture (the American culture). Another is integration: to closely identify with both the minority and socially dominant cultures.

Assimilation has been the more popular path for many, likely because research by Berry and colleagues has shown assimilation to be effective in mitigating the negative effects of racial discrimination faced by minoritized groups. At face value, supplanting immigrant children’s heritage culture with mainstream American culture, including becoming a monolingual English speaker, seems like a fast track to a well-adjusted life as a hyphenated American.

Policymakers have encouraged this through English-only policies, like the more than 20 state-level propositions that make English the only official language of those states. Educators responded by encouraging English learning among non-English households, with the intention to prevent students from falling behind in the classroom. For first-generation adult immigrants, many of whom do not learn English before entering the US, encouraging assimilation is key to saving their American-raised children from experiencing the same struggle to access resources and build wealth as they have due to their language barrier. It doesn’t take a leap of imagination to see how parents may also become discouraged from passing on their language to their children, perhaps fearing that bilingualism would hinder their English acquisition, thus holding them back from excelling academically and achieving upward mobility.

So when I told my mom I didn’t want to speak Korean anymore, it may seem like I was making a smart decision for my future in this country. But there’s a growing body of research that reveals adverse effects of assimilation, in which long term harm can outweigh immediate benefits. A 2004 study led by researchers at UC Berkeley found assimilated Asian American teens were more likely to binge drink alcohol; and a 2014 study from researchers at Virginia Commonwealth found that stress from acculturation contributes to alcohol and drug abuse. So while assimilating may mitigate racial discrimination, it also seems to take a toll on mental health such that many resort to adverse coping strategies, according to a 2018 paper by Drs. Yang and Yang.

What is it about culturally assimilating that has such a damaging effect? The answer is actually quite obvious.

Losing our linguistic connections to our cultures and communities is shown to negatively affect our mental health, at least in part. Dr. Janet Oh of California State University, Northridge and Dr. Andrew Fuligni of UCLA found in their 2010 study that Asian American high school students with lower proficiencies in their heritage languages also have less-positive relationships with their parents. Reflecting on my own experiences, my relationship with my mom weakened when I stopped speaking Korean. She would often say there were things she just couldn’t express in English. Our inability to communicate over delicate issues, coupled with my feelings of only wanting to talk about those issues with my mother, made me feel as though I had to brave my preteen troubles alone. And while my mom is highly proficient in English, I imagine that child-parent relationships can become even more strained if the parents are less or not proficient in English, whereas the child only speaks English.

Luckily, my mom didn’t give me the option to assimilate for very long. Like the parent participants in a 2011 study by Dr. Clara Lee Brown, she firmly believed that speaking Korean was the only way I could maintain my relationship with her and her family. She presented me with two options: either attend weekly Korean bible study with her or attend the Korean language classes offered at her church. I was unenthused, but chose the latter, which was the less boring option. And like the student participants in the same 2011 study, I became proficient in Korean and English despite having no desire to sit through those classes week after week.

I don’t know what I would have become had I not been forced to integrate, and I am thankful for my mom’s inner tiger. When I asked her about her decision, she said, “I learned English because I live in America. But Korea is my country. I want my children to learn Korean so they can speak with 할머니 (grandma) and explore my country too.” 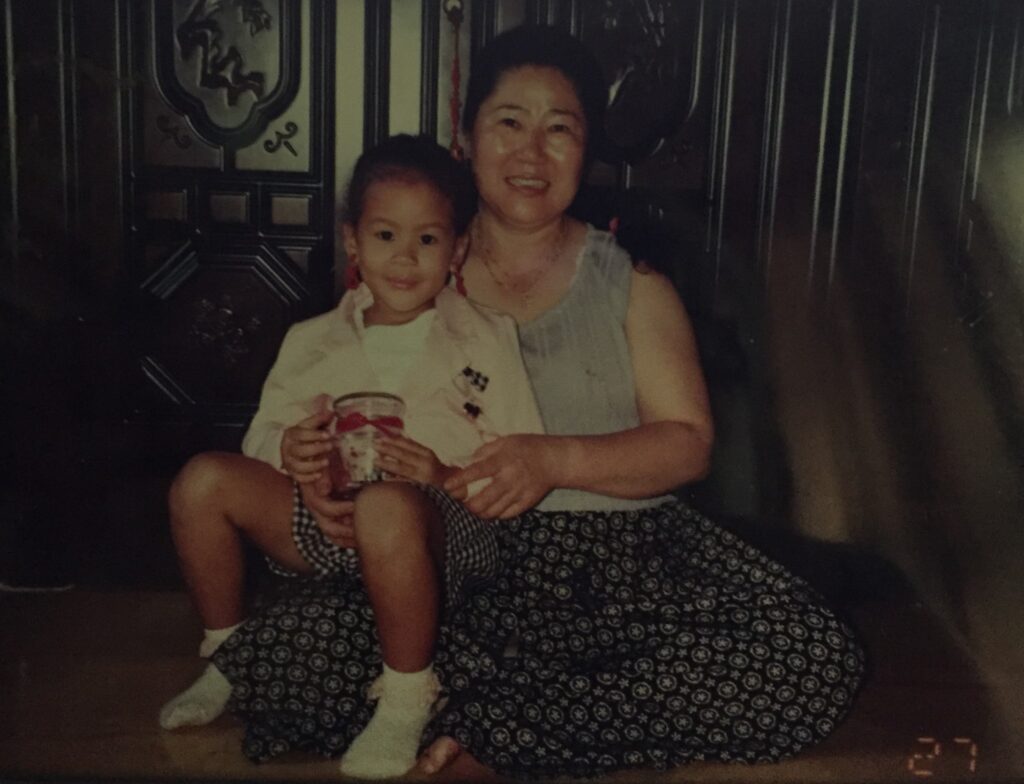 The author and her grandmother

One summer when we visited Korea, my grandmother, my mother, and I were scrubbing one another’s backs at a bathhouse when some older Korean women nearby started saying ugly things about me because I am Black. As I listened to and understood my grandmother curse them out, I felt incredibly loved. Once she was finished dressing them down, and sat back down with us on her little plastic stool, I told her how much I love her— in Korean, using correct honorifics—as I worked the small, rough cloth against her skin. I haven’t stopped speaking Korean since. 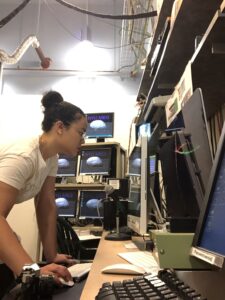 “I learned English because I live in America. But Korea is my country. I want my children to learn Korean so they can speak with 할머니 (grandma) and explore my country too.”

And contrary to what parents and educators may have assumed about the burden of bilingualism on immigrant children, there is greater evidence of bilingualism potentially being advantageous. Research spearheaded by Dr. Ellen Bialystok of York University has found that bilingual children outperform their monolingual peers in challenging, cognitive tasks. This cognitive advantage seems to persist into adulthood and may even slow the effects of aging on the brain (such as dementia). While this cognitive advantage is hotly debated, my own recent research in eNeuro has shown that the bilingual brain can engage in multiple languages without exerting extra effort. There is no disadvantage for being bilingual (even if there is no clear advantage either).

I must admit that neither being bilingual nor doing bilingualism research has made being Asian and Black in the U.S. a less challenging existence. I remember welcoming Korean American research participants to the lab for my first neuroimaging study, and most of them were shocked to hear me greet them in Korean. Some refused to respond to me in anything other than English. I’ve been treated like janitorial staff at a conference where I was presenting a paper. I’ve been told that people like me don’t belong in leading research institutions and how my research ideas don’t apply to the real world (even though most of the world is arguably bilingual).

But none of these things makes me want to turn my back on my heritage, my family, or my communities. Instead, I now repeat the chorus of Yoon Mi-Rae’s song and sing boldly to the end: “You just gotta be strong, you gotta hold on and love yourself.”

Sarah Phillips is a bilingualism researcher interested in how our brains learn and process multiple languages. A proud Blasian (Black and Korean-American) from the Carolinas, she has strong views on ethical research, racism, and fried chicken.
You can find her on Twitter, Instagram, and TikTok at @sarahlinguist 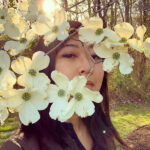 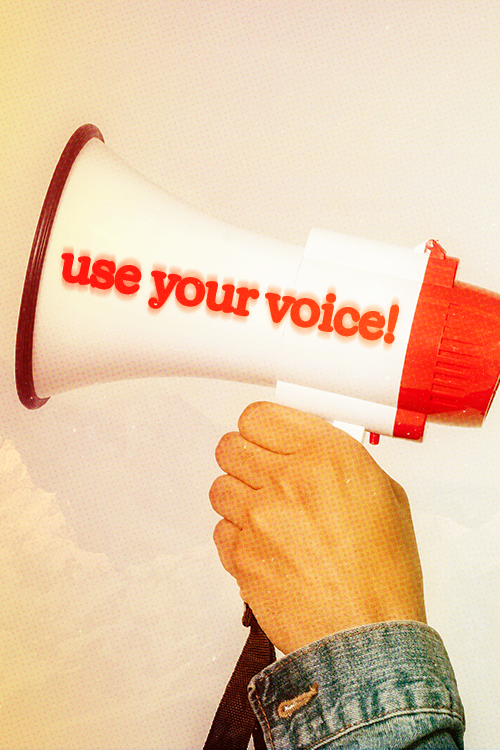 The Yes I Kan Podcast Ep. 15: Re-activating Your Voice and Inner Power 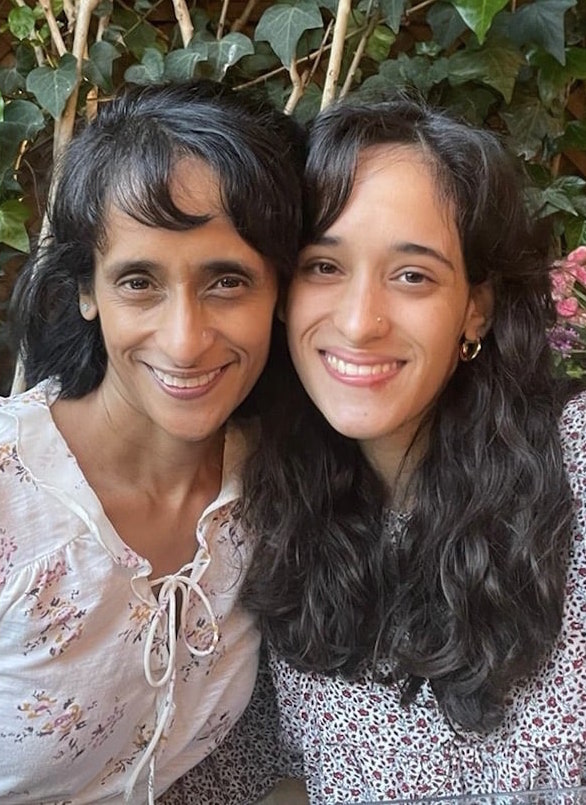 What Being Mixed Race Has Taught Me About Colorism 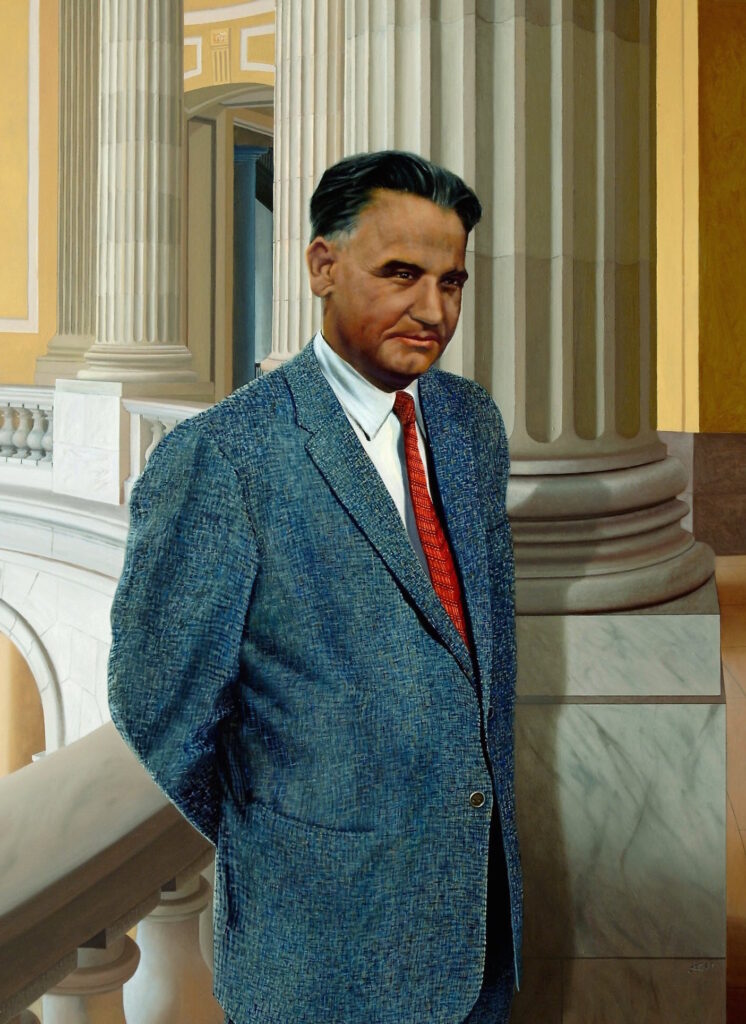 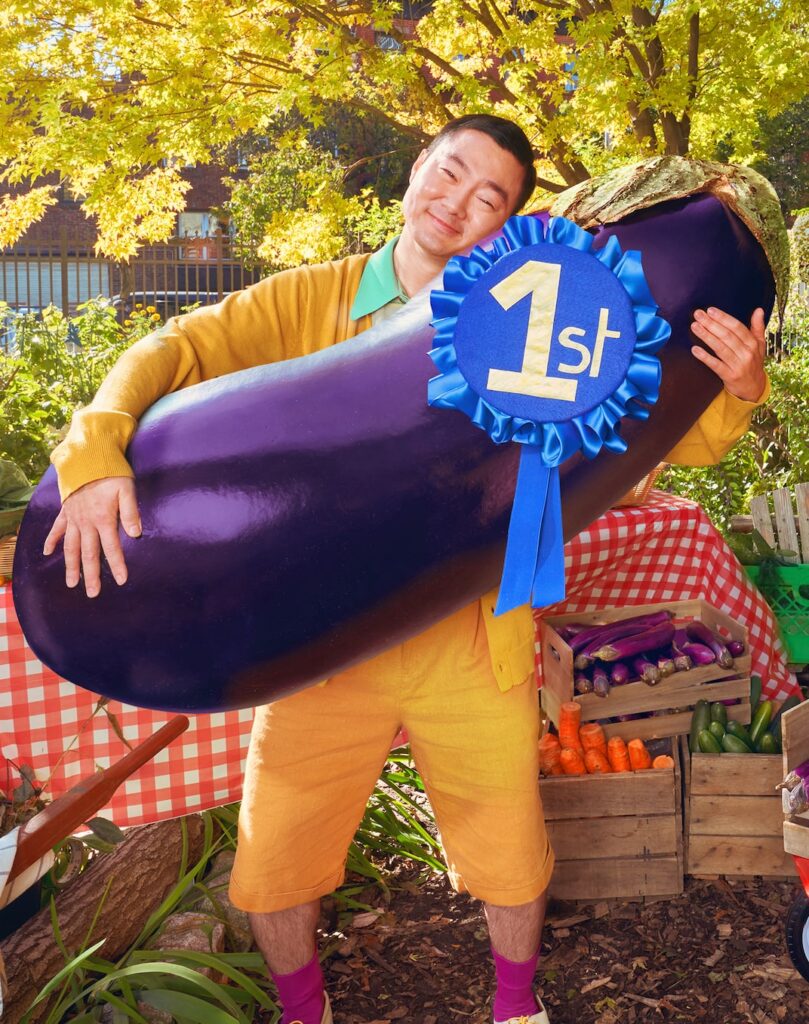 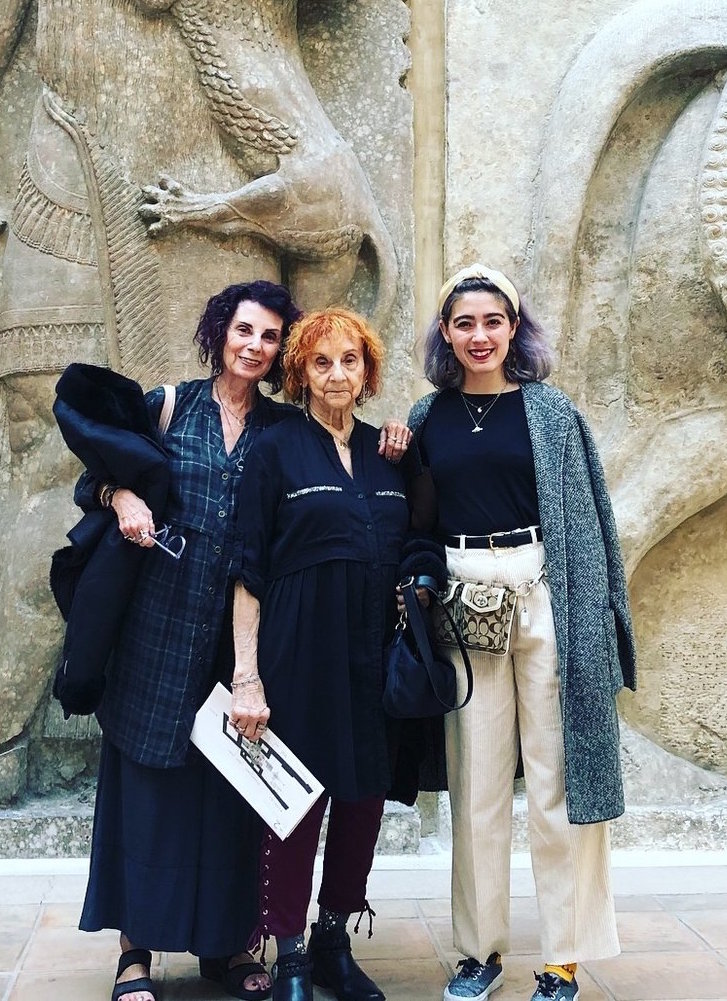