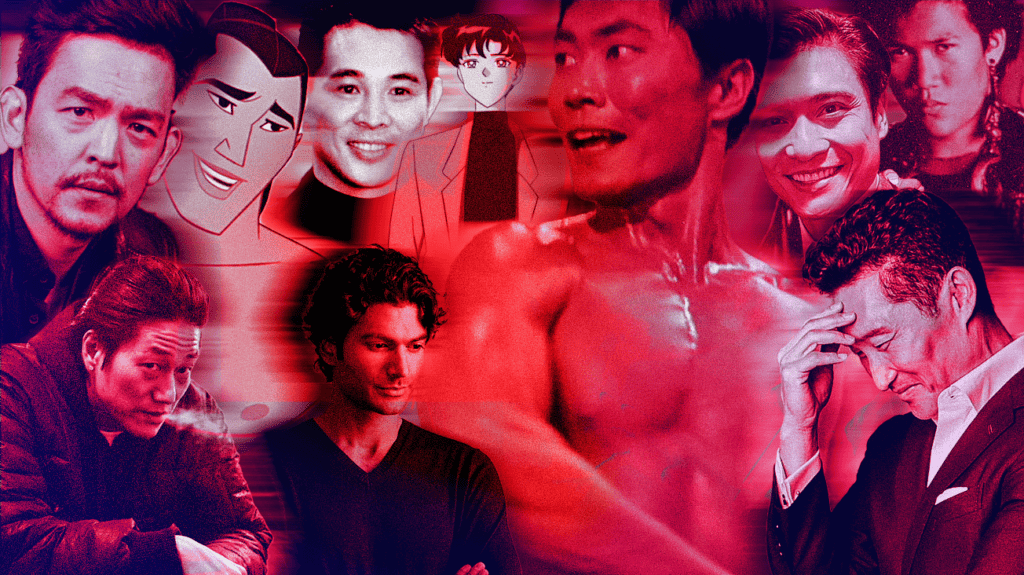 So, what if I was slightly in love with Tuxedo Mask? Don’t judge me

With the likes of Henry Golding, Jason Momoa, and Hasan Minhaj blowing up Hollywood, it’s not too difficult to find a hot Asian American/Pacific Islander (AAPI) male celebrity to crush nowadays. But going back just 15-20 years, it wasn’t as easy. The ones we did see on screen back in my day (never thought I’d say those words, let alone write them) were still largely your stereotypical nerds. And while I’m a sucker for a cute, awkward nerd, most of these guys were asexual characters on the peripheral—mainly serving as comic relief or juxtaposed to boost the appeal of the main white leads. Nobody ever hung a poster of Data from The Goonies over their bed.

Gen Z-ers, you have no idea how good you have it.

But that’s not to say there weren’t any crushworthy guys out there. Here is my highly subjective and completely incomplete top 10 list of AAPI male childhood celebrity crushes. You never forget your first. For many of us who grew up in the 1990s, Hook (1991) was all about a Filipino American boy in a black cropped top rocking a red and black mohawk. Rufio, played by Dante Basco, captured the attention of my younger self the moment he came sailing and swinging onto the scene. I didn’t realize until later how revolutionary Rufio was (he will always be Rufio, sorry Dante!). Here was this cute, older Asian boy—specifically Southeast Asian, which in and of itself was significant when so much of the meager AAPI representation we saw back then was, and still is, East Asian. He wasn’t striving toward the AAPI Big Three: androids, aliens, and wiz—I mean doctor, lawyer, or engineer. Rufio was the leader and coolest of the Lost Boys, and I was right there with them. Bangarang, baby! I’m already imagining the looks on your faces, but I firmly stand by my decision. Maybe it was the fact that our options for sexy male celeb crushes were so limited, or maybe it’s because there’s nothing quite like a man in a tux—even an animated one. With Darien Shields (whose last name I never knew till now) from Sailor Moon (1992-95), we got not one, but two cartoon crushes! First was the young man who could rock a green blazer like no other and was the calm to his girlfriend Serena’s overdramatic, frenetic personality. Then there was Tuxedo Mask, his alter ego who worked with Sailor Moon and the Sailor Scouts to save the world on the regular. And just like Darien, Tuxedo Mask’s fashion choices were on point. I’ll even forgive the cape and top hat that take the getup dangerously close to stage magician territory. After all, capes are a key part of the superhero look. You may not know Paolo Montalban by name but when I say, “the prince from the Brandy/Whitney Houston Cinderella (1997),” many Gen X-ers and Millennials of a certain age know exactly who I’m talking about. Before “colorblind casting” became a thing, that film was groundbreaking in terms of BIPOC representation. With Hollywood’s appalling history of turning Asian men into the punchline, to cast a Filipino American actor as not only the love interest but as the handsome Prince Christopher in a Western fairy tale—a genre that’s still overwhelmingly white—was powerful stuff. (Also, can we talk about how a Black mother, the incomparable Whoopi Goldberg, and white father produce an Asian baby?) It may have taken some time, but Montalban paved the way for future AAPI leading men (anyone else getting Henry Golding vibes? Or does Golding give off Montalban vibes since he came after?) And since this was Rodgers and Hammerstein, Montalban also proved he could sing and dance with the best of them. Daniel Dae Kim’s acting credits date back to the early 1990s, but his first real claim to fame came in 2004 as Jin-Soo Kwon on Lost. While the show came out just as I was entering adulthood, I know the hit drama/thriller series was a part of others’ childhoods. On the show, Kim plays an overbearing husband from South Korea who was super controlling of his wife—so not the best portrayal of an Asian man. Like most of the characters on the show, Jin’s survival was questionable throughout its run and Kim has said his character was almost killed off in the first season. This would’ve been unfortunate because fans wouldn’t have seen an Asian character grow beyond a stereotype and become complicated and complex. Jin ended up surviving the duration of the show’s run, which ended in 2010, and Kim has since gone on to have a pretty successful career in front of and behind the camera—including playing Chief Benja in Raya and the Last Dragon (2021) and thus joining the pantheon of crushworthy animated AAPI (and non-AAPI) characters. Capt. Li Shang from Mulan (1998) wasn’t necessarily my type—and I’m not saying that because he’s animated—but I know this officer in the Chinese Imperial Army definitely caught the eyes of some young girls and boys. Not only was Shang a handsome man in uniform—complete with the chiseled muscles and V-shaped torso some folx go for—he’s also become an icon for LGBTQ+ Disney fans. Before Mulan’s true identity is revealed, people have argued that there’s something going on between Shang and her male alter ego, Ping. BD Wong, who voices the character, has described him as sexually fluid. In an industry that often one-notes not only AAPI males but members of the LGBTQ+ community—not to mention rarely shows bisexual characters at all—I fully support this kind of headcanon that shatters stereotypes all over the place. While the social media movement #StarringJohnCho may have put John Cho on some people’s radar for the first time, some of us have been keyed into the Korean American actor’s appeal for a while. Whether you’re stoned and have the munchies (Harold & Kumar Go to White Castle, 2004), a crime-committing teenager (Better Luck Tomorrow, 2002), or (for some reason) enjoy lusting over other people’s moms (American Pie, 1999), Cho’s your guy. He’s now reached handsome leading man status but still has that everyman quality that lets us know he’s still down to earth. What more could you want? Like many other Millennials who didn’t follow Chinese cinema growing up, my introduction to Jet Li was as the charming Romeo to Aailyah’s Juliet in Romeo Must Die (2000). Martial arts films featuring Asian male leads abound, and yes, Romeo totally perpetuates this stereotype. But let’s be honest, who wouldn’t want a guy to literally fight for you (or as I’d prefer it, teach me how to fight)? While it may be easy to find these types of roles, it’s rare to see a Chinese-born Singaporean actor as the main love interest in a mainstream Hollywood film (never mind the fact that he and Aaliyah never kissed, which Li has explained). Their mixed-race relationship—a supposed rare combination, according to certain comedians—just sealed the deal. Anyone who still believes in the model minority needs to watch Better Luck Tomorrow (2002). That film subverts the stereotype and shows that Asians—especially Asian guys—are more than overachieving nerds. Really, the entire cast should be on this list, but one particular standout was Han Lue, the group’s enforcer portrayed by Korean American Sung Kang. While the film never got a sequel, it wasn’t the last time we saw Han on the big screen. Kang reprised the role in The Fast and the Furious: Tokyo Drift (2006) and a number of the franchise’s subsequent films—creating a crossover no one saw coming and placing Better Luck Tomorrow firmly in the crazy popular Fast and Furious universe as Han’s origin story. Since then, Han has become a key character in a franchise that has family as one of its central themes. And who doesn’t love a badass who’s also a family man? I’ll admit that I didn’t know who Sendhil Ramamurthy was until I watched Netflix’s Never Have I Ever. However, the role that he’s probably best known for is Mohinder Suresh on Heroes, the geneticist who seeks out his father’s killer for revenge. A dutiful son who tries to honor his father after his death? What more could an AAPI parent want? The show came out after I was already an adult but I acknowledge that for younger Millennials and Gen Z-ers, 2006 (when the show premiered) was childhood for them. I also never watched the show. But just look at him. Ramamurthy’s smile exudes charm, but he can also give you a brooding smolder if that’s more your thing. And at about 5’10”, he may not be that tall, but the Indian American actor’s definitely got the “dark and handsome” part down. Before he became a political activist, social media sensation, gay icon, and overall national treasure, George Takei was first known as Sulu on Star Trek: The Original Series from 1966-69. Now in his mid 80s, the Japanese American actor was 29 when the show premiered (a good two decades before I was born). Science fiction has never been my thing, so while I was aware of the Star Trek franchise, I didn’t know much about the actors until I got older. But looking back at those photos of Takei as Sulu, I agree with others’ assessments that he was indeed handsome (still is, as an octogenarian)—and ahead of the times, portraying an Asian man who wasn’t a stereotype. Throw in those scenes of him fencing shirtless (Takei’s favorite episode) on the USS Enterprise and you’ve got a combination crushes are made of.