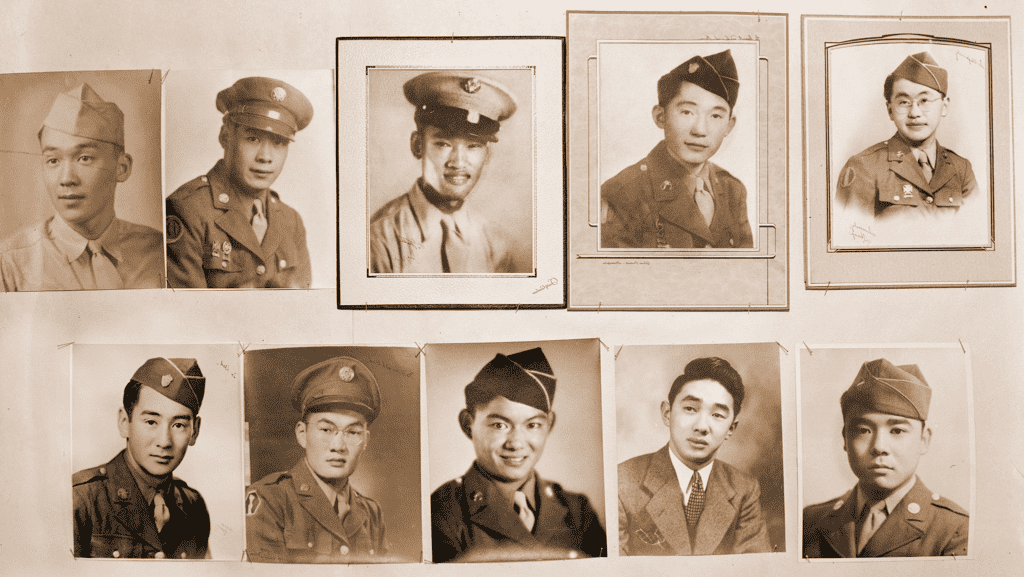 The 442nd Regimental Combat Team (RCT) is the most-decorated military unit in the United States’ history—receiving the most medals for its size and length of service—but it almost didn’t happen.

Formed during World War II following the Japanese attack on Pearl Harbor, the unit was made up of Nisei (second-generation Japanese American) men from both Hawaii and the mainland. Anti-Japanese sentiment was at an all-time high, and while both groups faced racism and discrimination, their experiences were extremely different. There were such dramatic confrontations between the islanders and mainlanders that military higher ups considered disbanding the unit altogether..

The Nisei from the Territory of Hawaii (statehood wouldn’t come till 1959) were initially part of the segregated 100th Infantry Battalion. Many had previously served in the Hawaii National Guard and had helped with the aftermath of Pearl Harbor, according to The National World War II Museum. Shortly after the attack, the U.S. War Department removed all soldiers of Japanese ancestry from active duty. In response, those discharged Guard members in Hawaii petitioned to continue helping in the war effort. Their petition was granted and eventually led to the 100th’s formation.

Unlike its mainland counterpart, the Japanese population in Hawaii wasn’t forced into concentration camps. They hailed from a community where they made up almost 40 percent of the population—their sheer numbers making them vital to the island’s local economy and giving them significant political weight, according to the 100th Infantry Battalion Education Center.

By contrast, Japanese Americans from the mainland made up less than one-tenth of a percent of the population. Their numbers were so small proportionately and isolated geographically that it was easy to make them disappear (i.e. forcing them into concentration camps) without significantly disrupting American life.

This treatment made all the difference when the American government gave the directive to activate a Japanese American unit on the mainland, which was partly based on the actions of their Hawaiian counterparts.

According to the 100th Infantry Battalion Education Center, more than 10,000 Japanese Americans from Hawaii volunteered, easily meeting the War Department’s quota of 1,500—which was eventually increased to 2,500. On the mainland however, when Nisei were given the “opportunity” to “prove” their loyalty to their country, less than 1,200 men (about half of the department’s quota) volunteered to put their lives on the line for a country that had stripped them of their rights and unconstitutionally incarcerated them and their families.

When the soldiers from the 100th joined the mainlanders in 1943 at Camp Shelby, Mississippi to form the 442nd RCT, it was akin to hate at first sight. 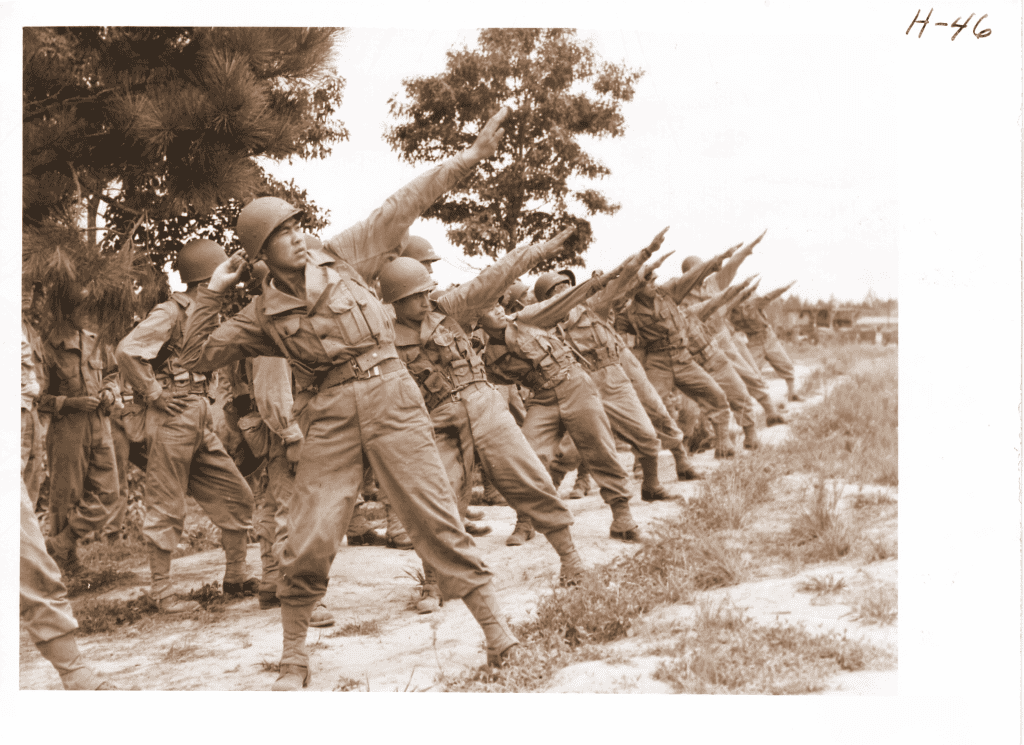 Courtesy of the National Archives and Records Administration

In a last-ditch effort, rather than disbanding the unit, the U.S. Army sent a group of island boys to Rohwer and Jerome, two camps in Arkansas where Japanese American families had been “relocated.” Expecting nothing more than a break from training, the cheerful islanders were met with multigenerational families living in makeshift quarters behind barbed-wire fences. After seeing their hosts set aside rations for them and inviting them to stay in their already-crowded barracks, the islanders immediately understood the mainland soldiers and the sacrifices they were making for a country that was actively imprisoning their families.

That trip changed everything. U.S. Sen. Daniel Inouye (1924-2012) has been quoted saying “the mood on the trucks [back to Mississippi] was different. No one sang. There was no conversation, not a word, just quiet.” He said many of his fellow islanders also questioned whether they would have volunteered to serve if they were in that situation. When they got back, the soldiers told their fellow islanders and word quickly spread about the camps. And overnight, the 442nd RCT became united.

Inouye said the 442nd “was not formed when we volunteered, not when we arrived in Camp Shelby. It was formed after this visit. We were blood brothers.”

The 442nd Regimental Combat Team’s story was dramatized in “Go For Broke”, an award-winning feature film by Alexander Bocchieri and Stacey Hayashi